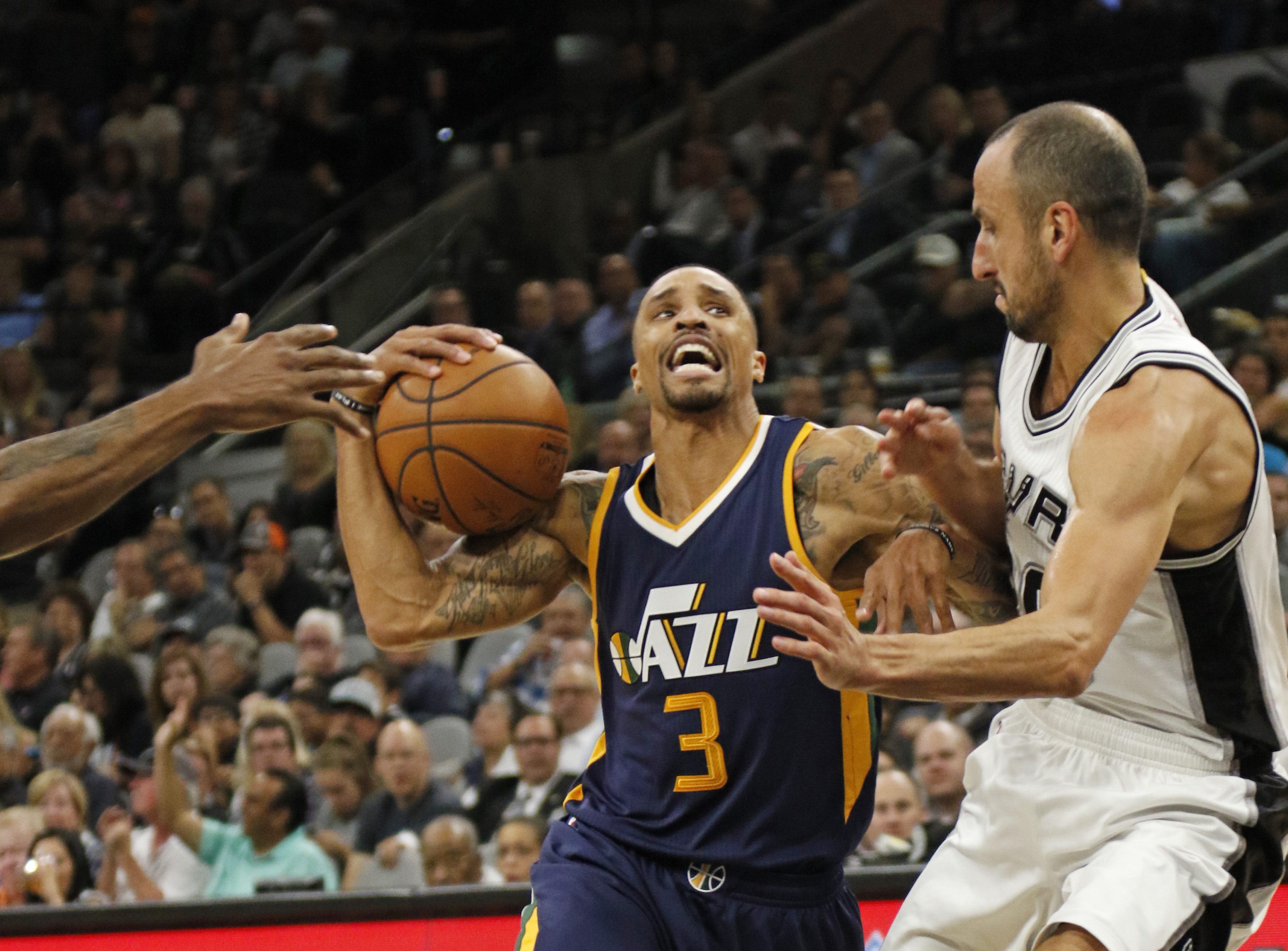 George Hill is playing some of his best basketball ever with the Utah Jazz, and he says he’d be “very interested” in signing an extension with the team this season.

“If that’s the case, then I would be very interested in that,” Hill told ESPN’s Tim MacMahon. “But I’m going to let them take care of that and just do what I can control.”

Hill, 30, is in the final season of his contract, which will pay him $8 million in 2016-17. He was traded from the Indiana Pacers to the Jazz in a three-team deal involving the Atlanta Hawks during the offseason. He spent three seasons with the San Antonio Spurs before getting traded to the Pacers in the Kawhi Leonard trade in 2011.

Hill leads the Jazz with 21.4 points and 4.6 assists per game through five games. He had 22 points and seven assists in a 106-91 victory over San Antonio Tuesday. MacMahon notes the Jazz see Hill as a long-term fit, and it’s clear that the feeling is mutual.

“I’m not the type of guy that likes to move around and go from team to team,” Hill said. “I really like it here. My family likes it here. I’ve got some friends here. The city’s been great for me so far, and it’s a nice place to raise a family, so hopefully I get an opportunity to re-sign here if they would love me to be here.”

The Jazz are fairly young and inexperienced at the point guard position, so it would make sense to keep Hill long term, especially when he’s playing as good as he is.