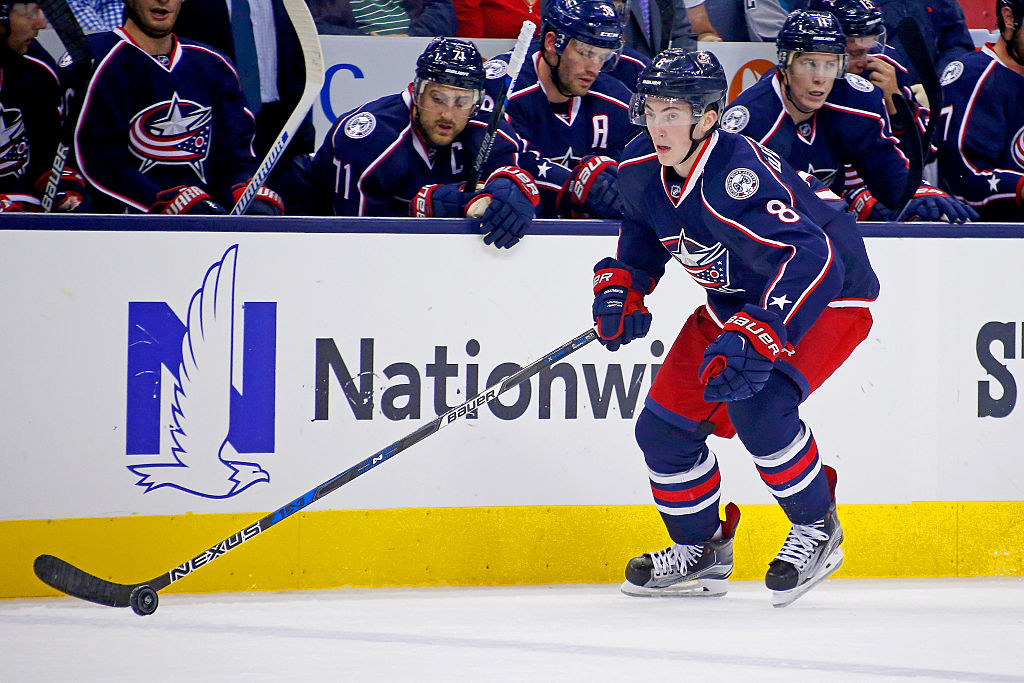 Going with a little different flavor for this week’s Goal Breakdown. Instead of my standard method of picking one or two goals and breaking down each little element of why it happened, I’m just going with one player and picking out the little things he did on those goals to make them happen. As you may have guessed by the title and/or image above, this player is Zach Werenski. BREAKING NEWS: Zach Werenski is really good. CBJ fans paying attention at all are obviously aware of this, but it’s starting to make it’s way around the league as well. He was the subject for one of Elliotte Friedman’s 30 Thoughts this week:

One exec on Zach Werenski: “I knew he was good, but I never thought he’d have the chance to be better than Noah Hanifin and Ivan Provorov. That’s not a knock on them, but a credit to Werenski.”

So the word is out on Werenski. Obviously he’s helped out by being paired with Seth Jones (much to Ryan Murray’s chagrin), and he’s going to have some rookie lessons to work through. However, the speed at which he has been picking up little things, and learning from his mistakes bodes incredibly well for his (and the CBJ’s) future.

Oh man that little hitch as he walks the line. Watch Werenski’s feet as he moves across the blueline. Had he just skated directly across the line, his body would have been facing mostly towards the far boards, leaving only the shot and a pass to Cam Atkinson as the options Tyler Motte would be defending.

But he opens his body to the play, which opens up his options. He still has Cam, he still has the shot, but he also can pass it to Alexander Wennberg on his left. This causes Motte to stay ever so slightly to Werenski’s right, which creates just enough room for him to get the shot through. Had he not done that little hitch move, Motte is probably right in the shooting lane and able to block the shot (or more likely Werenski passes to Cam for a one-timer).

Another little thing here. How many times do we see a defenseman wind up to the freaking moon for a one-timer? The lack of wind up on the shot is a real veteran move by Werenski. It’s been mentioned how he has a “knack” for getting pucks through, but it isn’t some mysterious ability. It’s the little body movements, the quick release, and valuing getting the shot through over blasting it as hard as he can. You combine all of that together, and you get a player who can just get pucks to the net. Sometimes they go in for him, sometimes you have Nick Foligno in front to clean it up.

Unfortunately, the highlight video from the “great” NHL website cuts off the start of this play.  We miss some great stuff by Werenski, as he is perfectly positioned outside a scrum, so that he can either grab the puck and go (which is what happens), or defend the Ducks should they come away with possession. His awareness of the space he had is what creates an immediate two-on-two.

The video picks up here, and this is some more great work on the little things. Watch Werenski go hard to the net and what this does to the Ducks defense. It pulls the defenseman down with him, which opens up a ton of space for Jones and Saad. Jones also makes a great play, making himself an option and brings Ryan Kesler over with him. With all that space, Foligno finds Saad, and the Saadfather makes no mistake.

Don’t sleep on what Werenski does at the end though, as after getting to the net, he keeps facing the puck, opens his body up, and makes himself an option for Saad.

Dat pass tho. There isn’t much to add here, but man that is a rocket of a feed to Foligno. Everyone knows the speed of the NHL is way higher than any other league, but what you will often hear from players making the jump is the passing. Everyone (and I do mean everyone) is so good at the NHL level that you can pass it harder than everyone in your beer league can shoot, and the NHL players can handle it. You will sometimes see young guys struggle with this, either passing too softly, or being caught off guard by laser passes. Werenski’s feed here is so hard, and he gets it off so quickly, through traffic, that he essentially creates a goal from just a hair of space in an otherwise non-threatening situation.