Kevin Durant isn't buying into the feud with Russell Westbrook 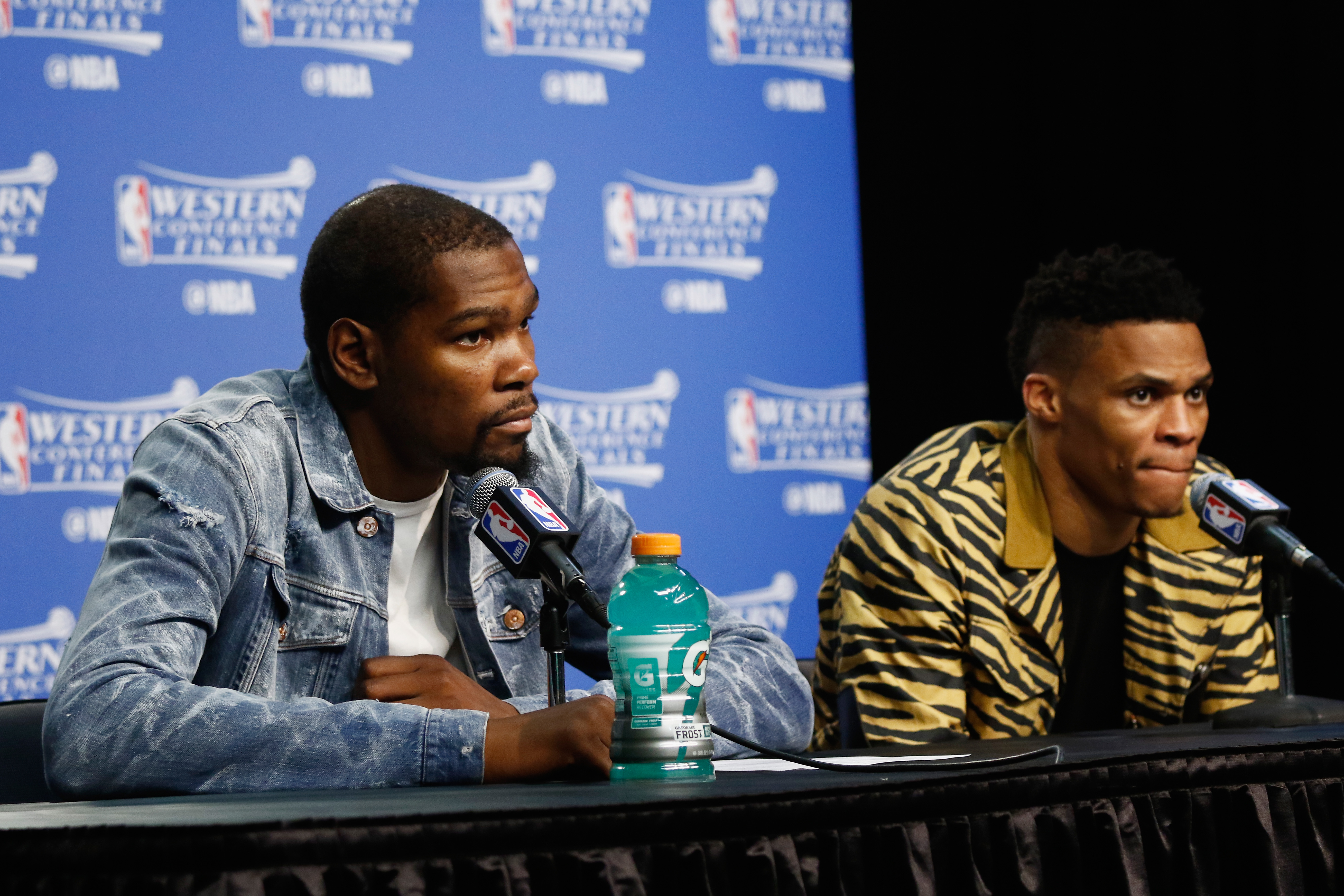 Kevin Durant isn't buying into the feud with Russell Westbrook

Kevin Durant and Russell Westbrook play against one another for the first time Thursday night when the Golden State Warriors host the Oklahoma City Thunder.

Many seem to think the two former teammates and friends have bad blood after Durant left the Thunder for the Warriors, while Westbrook turned around and signed a contract extension.

Durant is having none of it.

In an interview with the Washington Post‘s Tim Botemps, Durant said he and Westbrook great apart as friends, but still respect each other:

He went on to suggest any bad blood is a creation of media and fans:

That’s just everybody trying to get in between for their benefit, for their game. So, when they watch the game, it’s like, ‘Oh, s—. KD might fight Russ tonight!’ That don’t make sense. Like, what are we even talking about here?

This is probably true. One could presume Westbrook has anger about his teammate leaving and hurting his own chances at a title, but the guy turned around and signed a longer deal, perhaps basking in what is now “his” team.

It’s good to hear Durant doesn’t hold some of these feelings many have suggested.

That won’t stop most of us from watching closely how he interacts with Westbrook Thursday night.