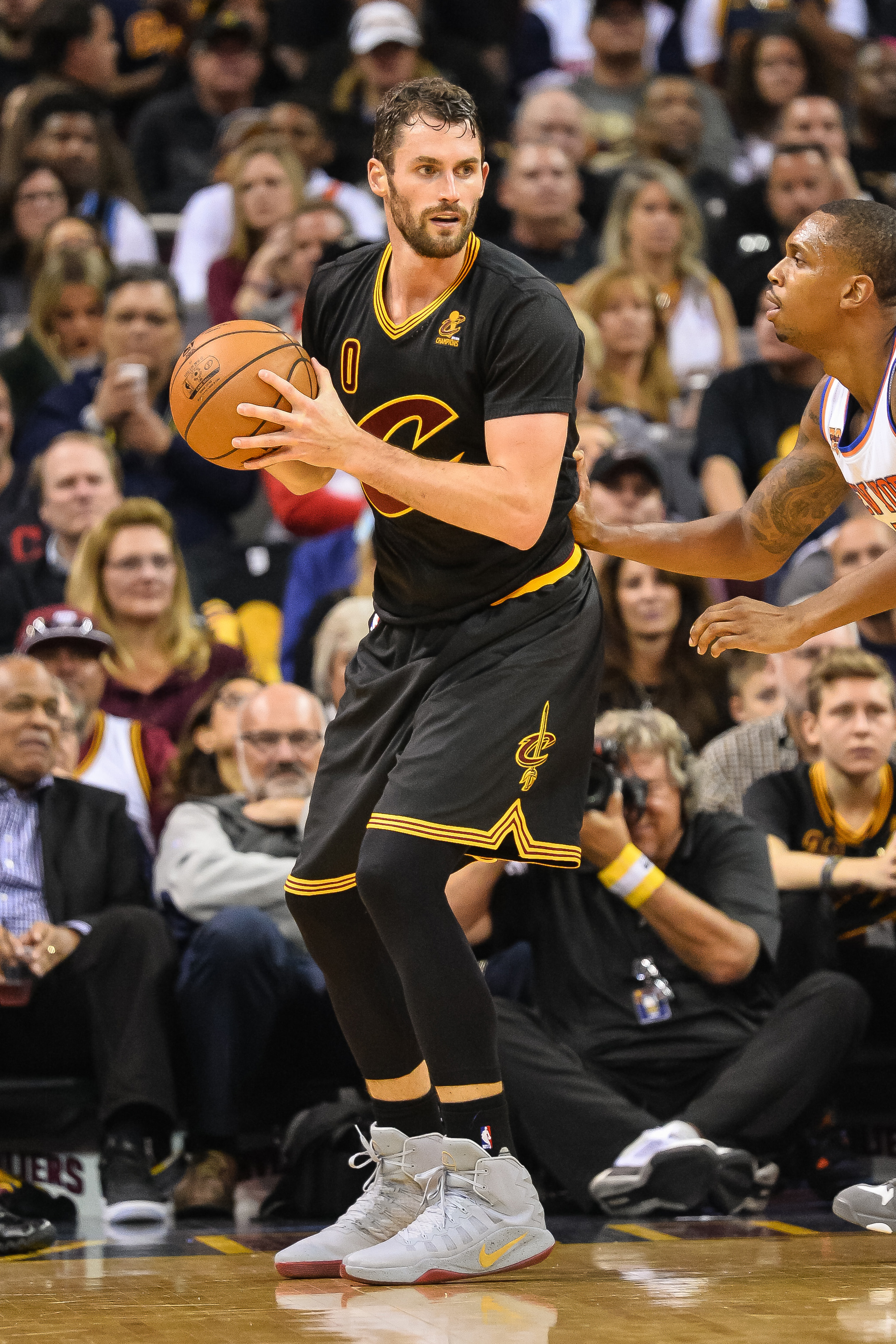 On August 23rd, 2014 the Cleveland Cavaliers acquired Minnesota Timberwolves’ power forward, Kevin Love in a deal involving, 2014 1st round pick Andrew Wiggins, 2013 1st round pick Anthony Bennett, Thaddeus Young, and a $6.3 million trade exception. In Love’s last season in Minnesota, he averaged 26.1 points per game while playing just over 36 minutes per game. Love knew when he was traded to Cleveland he would no longer be the face of a franchise that was two games below five hundred; he was taking a backseat to the face of the NBA Lebron James and young and up and coming point guard, Kyrie Irving. He did this in hopes of earning himself a coveted NBA championship as a Cavalier.

After being in a Timberwolves uniform for six years and being one of the NBA’s most well rounded players, Love was heading to The Land for his seventh NBA season. Love’s first season’s stat line as a Cavalier looked as follows: 16.4 points per game, 2.2 assists, 1.9 offensive rebounds, 7.9 defensive rebounds, and 33.8 minutes per game. His first season as a Cavalier ended prematurely as he suffered a shoulder injury in a playoff game against the Boston Celtics. The injury occurred after Celtics center Kelly Olynk yanked Love’s arm behind the play.

After a successful surgery to end his season, he spent the offseason rehabbing and working back to health. He certainly did not seem to be 100% healthy when his second season in Cleveland began, but he was on the court. Love went on to play 77 games last season, averaging 16.0 points per game, 2.4 assists, 1.9 offensive rebounds, 8.0 defensive rebounds, and 31.5 minutes. Overall, he had a similar stat line to his previous year. However this time around, Love was no longer granted the benefit of the doubt when it came to his on court play as this would be his second season as a Cavalier and he was expected to fit in better than in his first season.

There were times in his second season when Love looked like one of the NBA’s elite power forwards/centers, with the ability to knock down big time three pointers on certain occasions. The talent certainly is there, that is not the question. There have also been times where Love’s ability and his fit with the Cavaliers was questioned, leading to potential trade rumors.

Yes, these trade rumors may have been slightly overblown, but the way Love was fitting in with James and company continued to be head-scratching. Eventually, Love had a couple of big games in the playoffs but wasn’t impressive in the NBA Finals by any means. The exception to this was his defensive possession which has widely become known in Cleveland as “The Stop” where he shut of the leagues unanimous MVP Steph Curry at the three point line with Game 7 of the Finals on the line. He earned his entire $90 million contract in 24 seconds.

How is he fitting in this year? Love certainly looks much more comfortable with his role in Cleveland. Winning fixes everything and winning a championship, definitely cured any kind of doubt in Love’s mind with how he was fitting in as a Cleveland Cavalier. Through four games in 2016, Love is averaging 31.0 minutes per game, 21.0 points per game 2.0 offensive rebounds, 6.0 defensive rebounds, an assist. Sure, the Cavs are only four games in, but Love has had his best start to a season as a Cavalier since he came to Cleveland.

Love also put on five pound of muscle this offseason, which may not seem like a huge difference, but you can tell he has held his own pretty well through four games. Part of him being able to do that is the fact that he entered the offseason moderately healthy, as opposed to having his arm in a sling as was the case in the year prior. Not only has Love been on fire offensively, he has been much better defensively as well. With James looking 5-6 years younger, and Irving on his path to becoming an MVP caliber player, Love has been playing just as well. It has become pretty clear that Love has been more comfortable and more accepting of his role with the Cavaliers than ever.

It is not easy to cut your average scoring a game by double digits and accepting your role, but buying in can mean more than just numbers. Love is now an NBA Champion, something that seemed so distant for him five years ago. As a result, Love is playing very well for the Cavs and could join James and Irving as a potential all star in New Orleans. Without question, Love is fitting in better than ever. If he keeps playing at the level he is right now, the superstar team on the west coast is going to be getting a big time wake up call; and the team and the city that couldn’t win a championship in 52 years, may have two from their basketball team in two seasons.