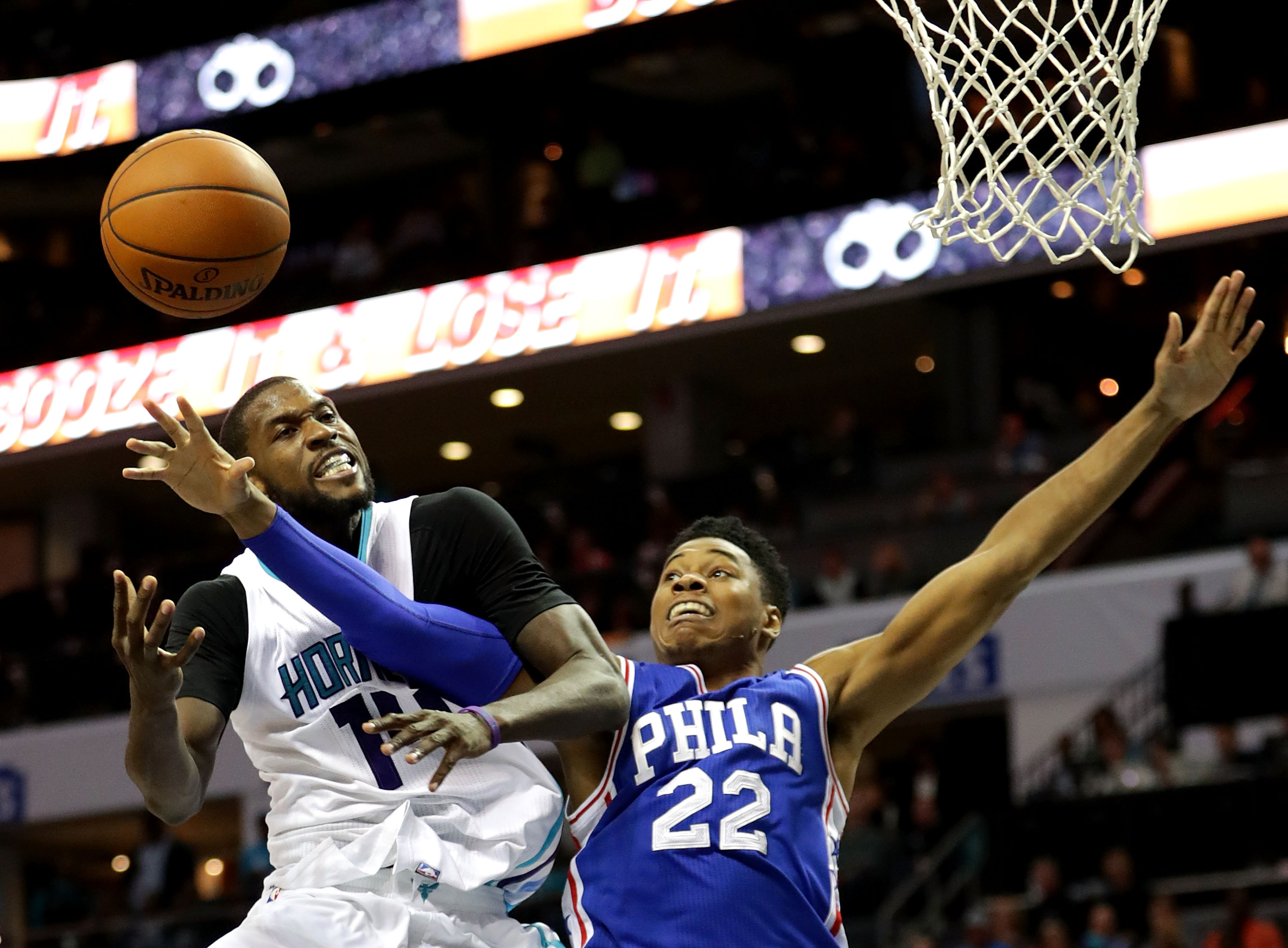 With Joel Embiid being rested on the second night of a back-to-back, signs before Wednesday night’s game in Charlotte did not point toward the Sixers grabbing their first win of the season (and first November win since 2013). However, for the first 24 minutes, it looked like Brett Brown’s squad might buck convention and pull the upset on the road.

Dario Saric was hitting his outside shot once again; he tied a team-high with 14 points, going 2-4 from three. Gerald Henderson was perfect from the field in the first half, working the baseline for 11 points. Even newcomer Ersan Ilyasova, who met his new teammates over morning breakfast, was not shy about chucking them up, adding 14 points and hitting a pair of threes.

Welcome to the squad, Ersan. 👌🏼 https://t.co/yavysgIhx9

Unfortunately, a 7 point halftime lead vanished in the blink of an eye as Charlotte went on a 15-0 run. One night after allowing 41 points to Orlando in the third quarter, the Sixers were outscored 39-20 by Charlotte in the frame. Nic Batum transformed into a fire emoji in scoring 17 of his 20 points in the period; Kemba Walker chipped in and led the way for the Hornets on the night with 22 points and 7 assists. Having played the night before, the Sixers had no energy to mount any sort of substantial comeback following the Charlotte surge.

Ironically, for a Sixers team that had such a glut of centers coming into the season, they were stuck playing Ilyasova at the 5 for a stretch, who is a terrible defender at the 4, let alone as the “rim protector”. Having Jahlil Okafor and Richaun Holmes as the other bigs is a steep drop-off defensively from the likes of Embiid and Nerlens Noel. Philadelphia’s paltry 2 blocks as a team were indicative of that; Jerami Grant isn’t even around to provide weakside blocks anymore!

A silver lining was that offensively, those Philadelphia centers did fairly well. Okafor played a season-high 24 minutes as he gets back up to speed following the knee injury, collecting 12 points on 4-8 shooting. Richaun Holmes started the game in place of Embiid, but was mired in foul trouble, collecting 4 personals in just 12 minutes. He finished very efficiently though, scoring 11 points on perfect 4-4 shooting from the field, including his first three-pointer of the year; Holmes finished with a team-best +7 on the evening.

In their quest to inject more shooting onto the roster, the Sixers don’t have enough defensively to compete when Embiid is not manning the back line to cover up his teammates’ mistakes. On the plus side, he’ll be back out there in the Sixers’ next game on Saturday. The downside is that they’ll be facing Cleveland, and something tells me LeBron James and the rest of the defending World Champions won’t be in the mood to help Philadelphia grab its first win of the season.