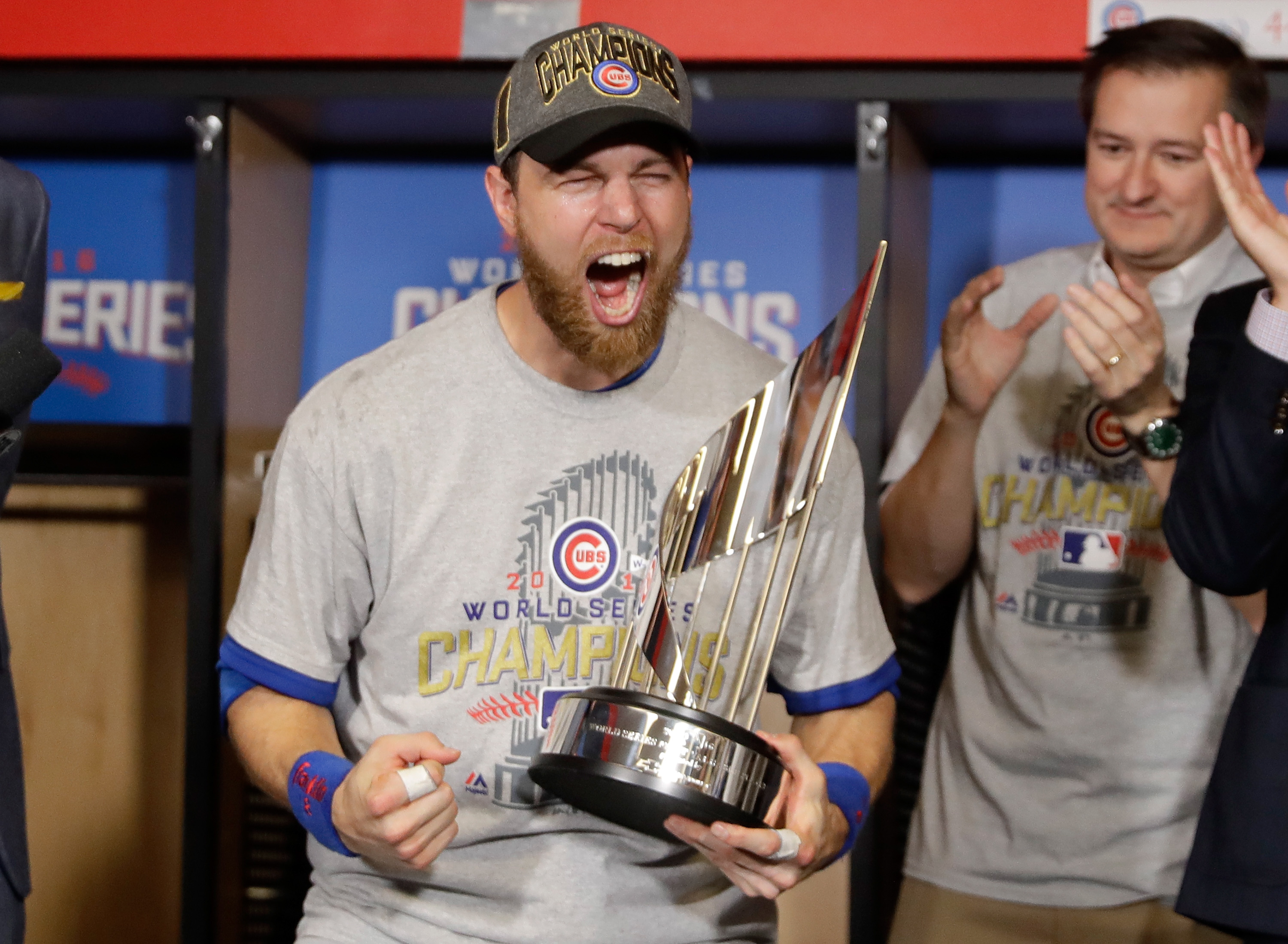 Ben Zobrist etched his name in the record books with the most timely hit ever in Game 7 of the World Series on Wednesday night.

In the top of the 10th inning, after the Indians seized all the momentum in the game, Zobrist came to the plate with runners on first and second, and delivered.

This clutch double gave the Cubs a 7-6 lead (they would add one more run in the inning), and essentially led to a World Series win.

Zobrist was also named World Series MVP, and that hit certainly was a big reason why.