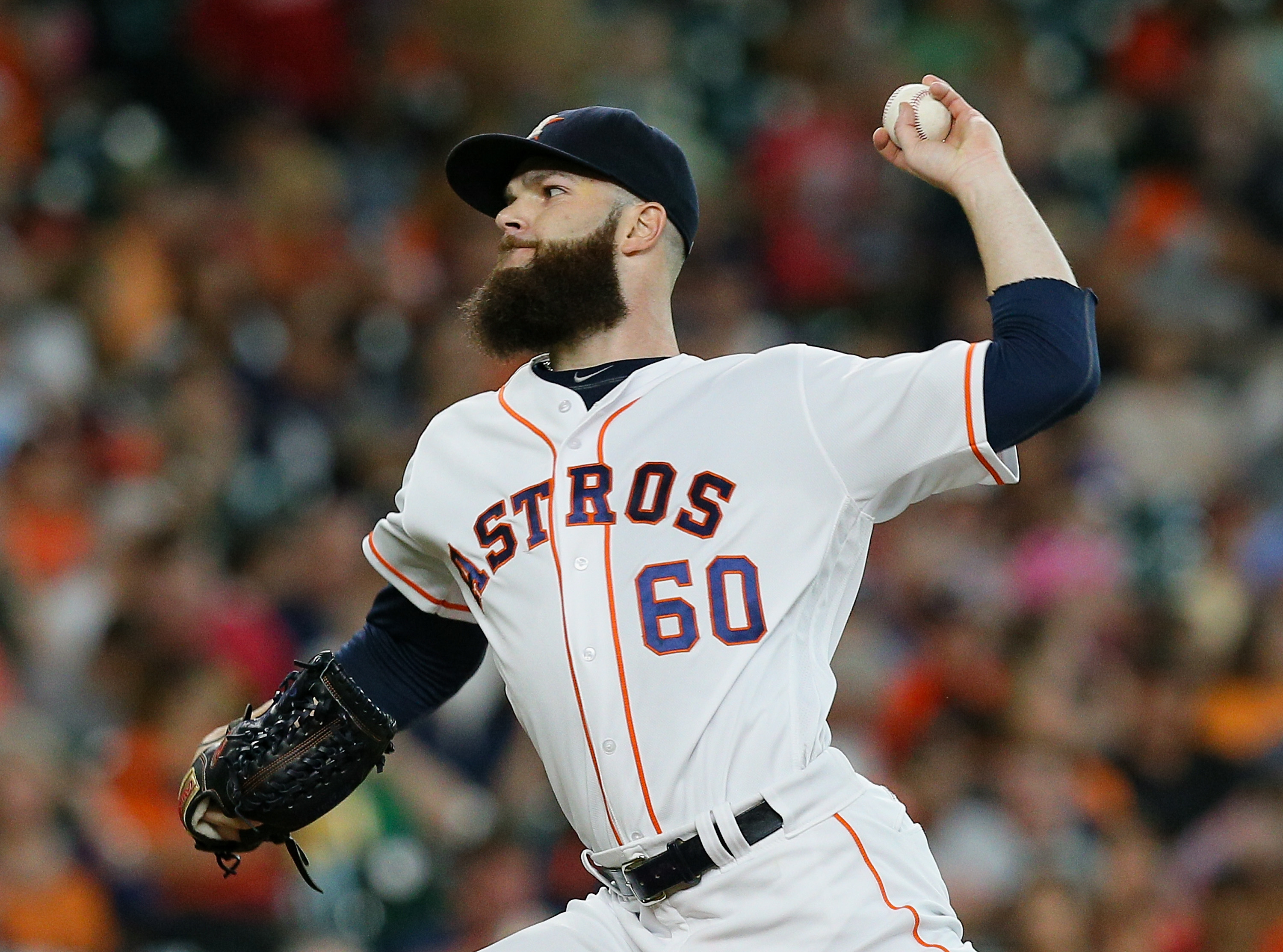 With the 2016 MLB season officially in the rearview mirror, the entire baseball world now shifts its focus to the offseason and preparing for 2017.

Some players and teams hope to build upon the progress they’ve made over the last six months, but others are out to re-establish themselves and prove that recent subpar performances were a blip in the radar. That’s easier said than done, of course.

Plenty of players have an eye toward rebounding in 2017, but the following starting pitchers find themselves in an unfamiliar situation. They’ve each experienced a period of dominance on the mound – some longer than others – but had to deal with tough times in 2016.

To regain their status of being one of baseball’s top starters, these five hurlers have plenty to prove once April rolls around.

The 2015 season was a dream come true for Keuchel – he was the American League starting pitcher in the All-Star game, won a Cy Young award, brought home a Gold Glove and experienced the playoffs for the first time.

As great as that year was, 2016 is one he’d probably like to forget as soon as possible. Check out how different these two performances were:

The southpaw induced less ground balls (61.7 percent in ’15, 56.7 percent in ’16) and more fly balls (19.6 percent in ’15, 24.4 percent in ’16) than in recent years, which doesn’t help when you don’t have an overpowering fastball. It also shouldn’t be surprising that the opposition produced a 29.8 percent hard-hit rate against him, the highest of Keuchel’s young career.

Getting back to the 2015 version of himself isn’t always so simple, but he should look into why his changeup usage decreased substantially (14.4 percent from 2014-15, 9.3 percent in ’16). It’s hard enough to keep big-league hitters off-balance on a regular basis, but it gets that much harder when a hurler doesn’t use all his pitches. King Felix didn’t necessarily have a bad year in 2016, but it wasn’t a “good” one based on the lofty standards he’s set himself.

With the amount of innings Hernandez has tossed in his career, it makes sense for us to see this happen during his age-30 season. Pitchers eventually start wearing down, which is why it’s crucial for the right-hander to rediscover himself to remain Seattle’s ace.

Despite everything he’s proven thus far, Ryan Divish of the Seattle Times perfectly explained why this offseason is the most important one of Hernandez’s career. Now that his fastball velocity has dipped down to 90.5 mph, he must find other ways to be dominant while Seattle pays him top-dollar through 2019. He threw more innings than anyone ever in their first year back from Tommy John surgery, but Harvey was still viewed by many as an NL Cy Young frontrunner back in March.

The opposite happened, though.

The New York Mets are built around a young, elite starting rotation that unfortunately burned to the ground throughout 2016, and Harvey was the first domino to fall. It took a little while for the Dark Knight’s velocity to return, but it did (95.9 mph in ’15 to 94.5 mph in ’16), so that wasn’t the organization’s greatest concern. It was his lack of control.

He was expected to anchor New York’s rotation, but became the biggest unknown from start-to-start, finishing with a 4-10 record, 4.86 ERA and 1.47 WHIP. Many are pointing to him having thoracic outlet syndrome as the reason for his struggles, which also cut his season short. He reportedly had issues feeling the baseball during Spring Training, but now that the problem has been corrected and he’s on track to be healthy for 2017, it’s time to prove this was an aberration. Martinez kept up his end of the bargain by progressing in 2016, but Wacha struggled to a 5.09 ERA and 1.48 WHIP over 138 innings. Shoulder issues hampered the right-hander, but the blame can’t fully be placed on his health.

Wacha also watched his hits-per-nine-innings allowed take a sizable jump (8.0 in ’14 and ’15 to 10.4 in ’16), attributing to the spike in his season-long WHIP. He struggled so mightily that the Cardinals considered shifting him to relief, but he’s still a starter for now while some adjustments will be made over the winter.

He’s not a flamethrower (93.2 mph avg. fastball in ’16), so changing speeds and fooling with the eye level of hitters is important. Of the four pitches in his arsenal (fastball, cutter, curveball and changeup), Wacha must start trusting his curveball again (12.6 percent frequency in ’14 and ’15, 8.6 percent in ’16).

It’s his best weapon with regard to keeping hitters on their toes. Check out the difference in velocity between his four pitches and how hitters reacted to his offerings:

If he uses the curveball more often – and has the confidence to throw it since he’ll be healthy – it’ll make the rest of his pitches that much more effective again. The A’s trading Gray for a boatload of prospects will happen eventually, but an uncharacteristically down year will prevent that from happening prior to 2017. Billy Beane is probably disappointed because he could’ve asked for a king’s ransom in return based on Gray’s talent and a mostly barren starting pitcher free-agent market.

After two straight 200-plus inning performances to go along with a combined 2.91 ERA and 1.14 WHIP, Gray was viewed as one of the game’s top young hurlers entering his age-25 season.

That rep took a bit of a hit after going 5-11 with a 5.69 ERA and 1.50 WHIP in 117 innings. His home run/fly ball ratio jumped nearly nine percentage points, while opposing hitters accumulated a 33.6 percent hard-hit rate against the young ace, forcing him to deal with adversity he hadn’t experienced before. His season also included multiple trips to the disabled list, so there’s concern on multiple levels here.

With an average fastball velocity hovering around 93 mph, his success is dependent on accuracy within the strike zone, which he didn’t accomplish in 2016 (3.23 BB/9, 10.2 Hits/9) and he’ll have to return to doing next season.

Which of these starting pitchers do you think has the most to prove once 2017 rolls around?