A Positive Spin on the Frustrations of being a Wolves Fan 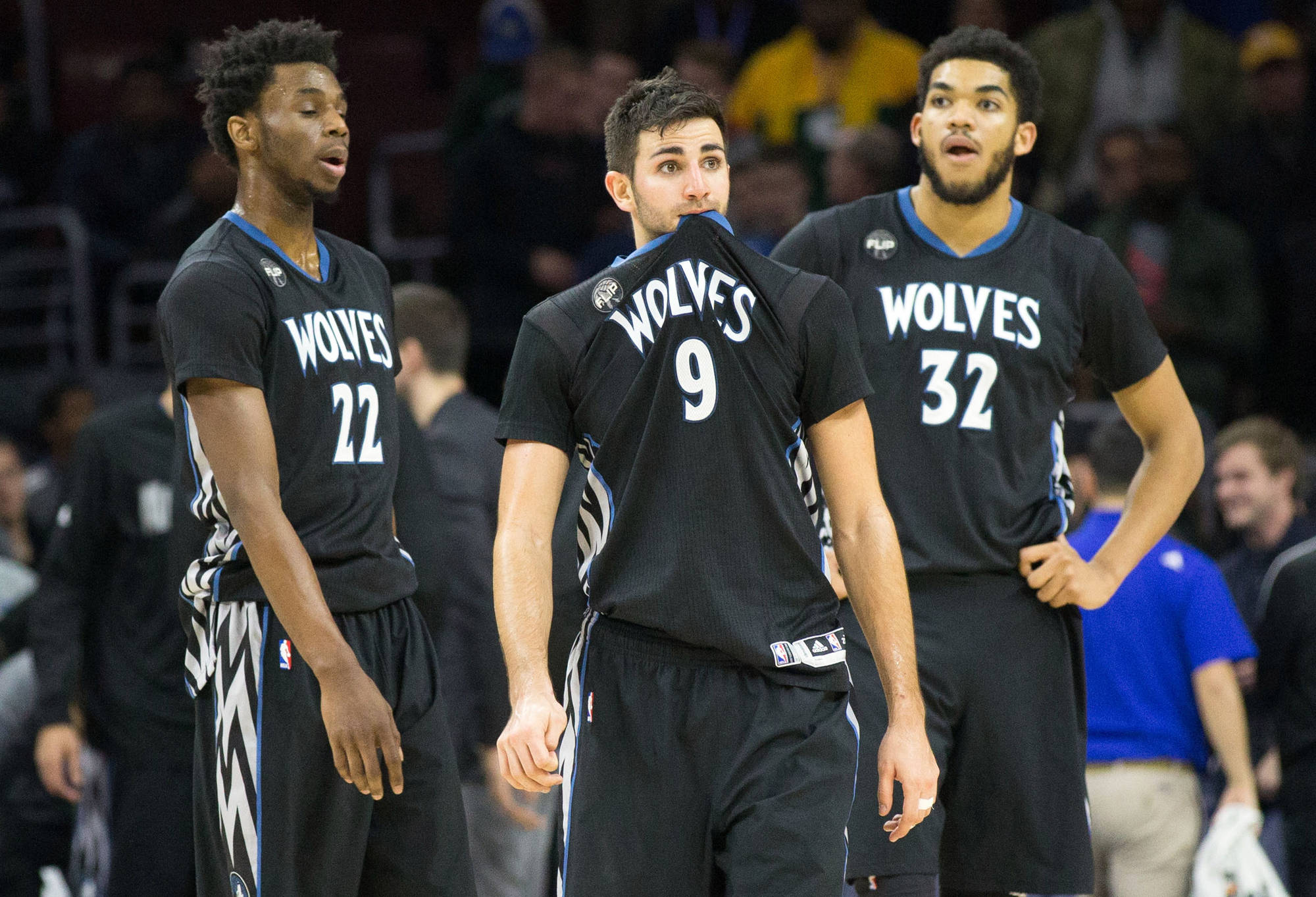 A Positive Spin on the Frustrations of being a Wolves Fan

1-3.  The season’s over.  Maybe next year.  Typical Wolves.  Another huge lead blown.

Yes, I get it.  Wolves fans have suffered a lot.  We really have.  And no, that suffering is not over quite yet. However, any true Wolves fan who has watched these first four games notices something else, too.

Yes, we also looked REALLY BAD for multiple stretches, but that is beside the point.

I know it is hard to take a 1-3 start to the season when the Wolves were so hyped up before the year.  Trust me, from my own experience in high school and college athletics I can tell you it is disheartening to open up a season without achieving the desired success.  Yet, there is a very different feeling in these games – a feeling that I have not felt since The Big Ticket played for us.  It is the feeling that the Wolves are the better team.

Many people have pointed out that last season the Wolves started 2-0, then got to 4-2.  It was a great start to the season, but that first game was against the Lakers (who went on to have their worst season of all time) and then the Nuggets (who did not even make the playoffs).  These 3 losses have certainly hurt Wolves Nation, but they are against much better opponents than we played at the start of last season.  If anyone remembers the Lakers game, the Wolves snuck out with a win because of a missed shot with a second remaining that 1 out of 2 times goes in.  Then, we played the Nuggets who were just awful at the start of the season – plain and simple.  Shortly thereafter, the Wolves beat a Bulls team that missed the playoffs (in the “Easy East” even) and a Hawks team that significantly under-performed from the previous year.

These opponents are much different.  The Grizzlies are a great team.  It is true they were missing multiple key players in Tony Allen and Chandler Parsons, but this is a team that made the playoffs without having Mike Conley and arguably the best center in the game, Marc Gasol, for a lot of the season.  Those two were both playing on opening night this year.

Then, I think it can be easy to look at the name Sacramento Kings and automatically assume it should be a victory.  However, this Kings team is unlike those of recent years.  They have shooters.  They play defense.  They are tough.  They have veterans.  They actually have chemistry.  Dave Joerger has done an outstanding job with this team.  Just two nights prior they almost upset the Spurs, who we all know are better than the Warriors (Ha Ha – but that opening night win was impressive and definitely scared the Bay Area fans).  If not for the third quarter of that game where the Kings fell asleep I think they would have won.

Then came the loss to the Nuggets.  While I certainly believe the Wolves should have beaten the Denver Nuggets last night, it is true that they are a better team than the Nuggets of last year.  They are much more experienced, their bigs are finding their place in the league, and Danilo Gallinari is finally healthy.

Both the Grizzlies and the Kings are two teams who could make the playoffs this year.  And yet, the Wolves looked like the better team.  We may not have come away with a win, but Wolves fans have to be excited with how we looked for about 80% of these first four games.  One stretch in each of our three losses killed the Wolves, and so did free throws.  Giving up a 16-0 run to the Grizzlies on opening night killed the Wolves.  In the Kings game where we gave up a 23-1 run and missed 9 free throws, the Wolves beat themselves.

I know the Wolves have blown 15, 17, and 18 point leads, but that needs to be looked at as a positive rather than a negative.  We need to be thankful that the Wolves of this season are good enough to build those leads in the first place.  In another article of mine, “Wolves one step closer to NBA powerhouse,” I discussed how the Wolves were stuck in step 2 of 3 when it comes to figuring out how to win games.

BREAKING NEWS:  They are still stuck in that same step.

So now, let’s all calm down, and let’s just be thankful that the Wolves, for short flashes, have looked as good as any team in the NBA.