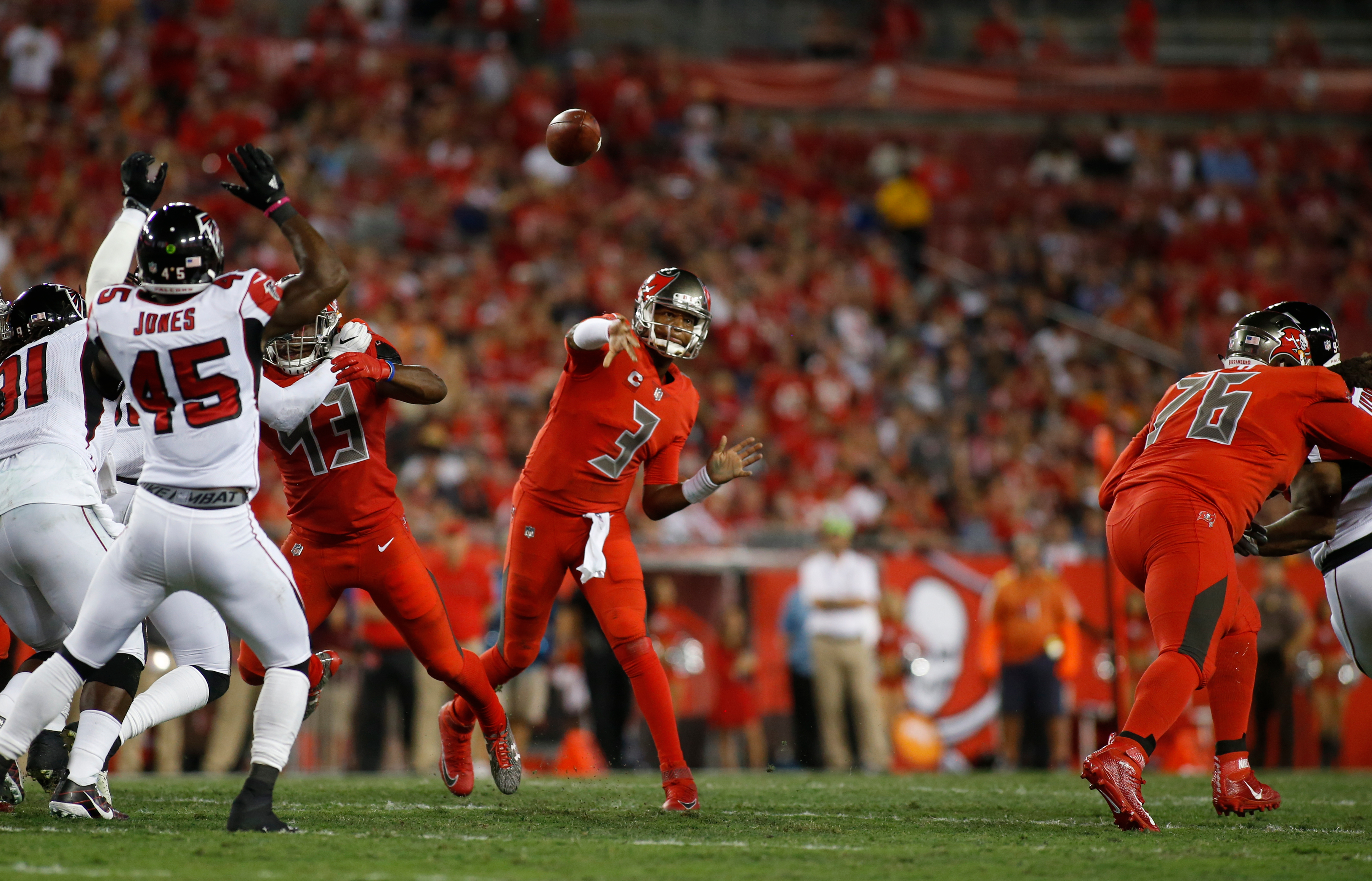 Bucs quarterback Jameis Winston took a crushing hit from cornerback Jalen Collins on a two-point conversion attempt, and did not return to the game afterward.

Winston took off running toward the goal line, and he got absolutely rocked once he got there. Here’s how it looked.

Jameis Winston just got lit the hell up at the goal line. pic.twitter.com/VKsRGS7QBa

The Bucs quarterback did not return, and the team announced it was a knee injury. It looked like his shoulder absorbed some of that hit as well.

#13 WR Mike Evans is being evaluated for a concussion.

Winston looked to be OK walking to the locker room, though.

He’ll likely be evaluated tomorrow, but did say he “feels great” after the game, and he has extra time to rest up for his next game, which should help matters.