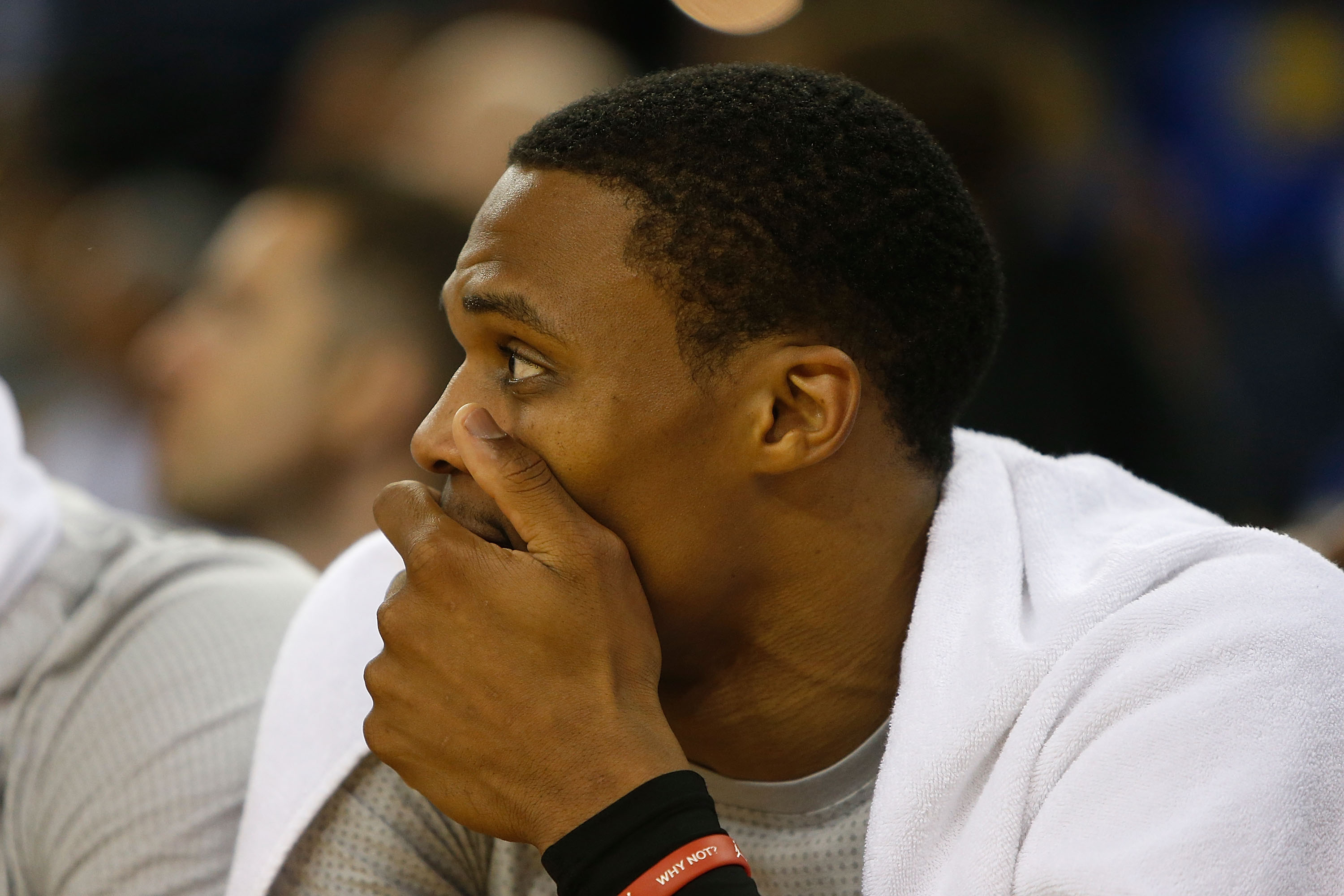 Russell Westbrook went into Thursday night’s game against Kevin Durant and the Warriors with a chip on his shoulder, and attempted to troll his former teammate hard before the game even tipped off.

That was a bad idea.

Durant dropped 39 points in the team’s 122-96 blowout victory, and maybe he was motivated by Westbrook’s pregame outfit. Check it out.

That sparked the blogosphere to give his attire the Crying Jordan treatment.

Strictly against my better judgement pic.twitter.com/8CdJnx6gkf

Remember, Kevin Durant went to the Super Bowl as a photographer, so that’s what Westbrook was poking fun at.