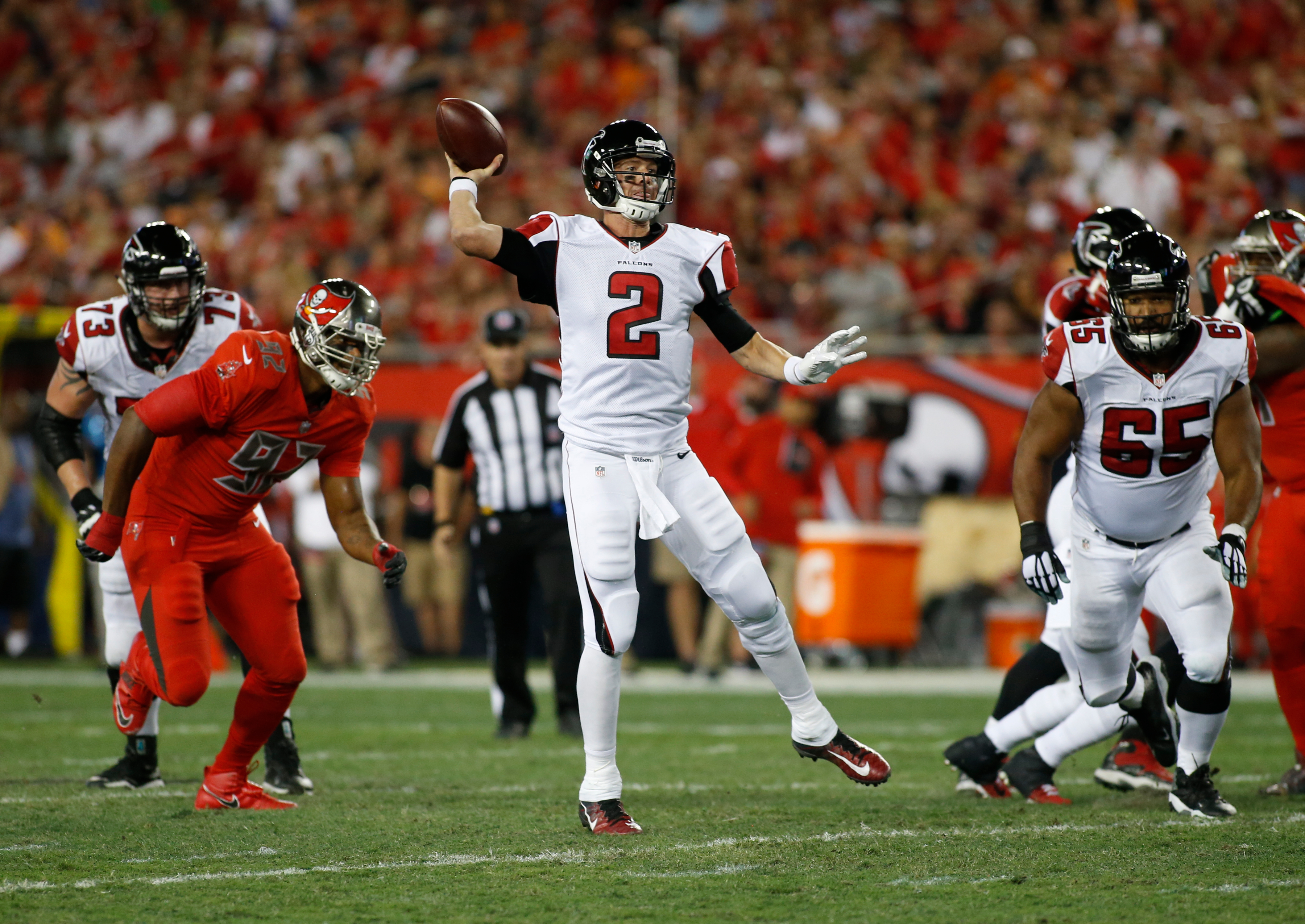 Another fantastic game by Matt Ryan on Thursday night has put the Atlanta Falcons quarterback on pace for a statistical season rarely seen at the position.

In beating the Tampa Bay Buccaneers, Ryan completed 25 passes for 344 yards, four touchdowns and zero interceptions—raising his 2016 numbers to 2,980 yards, 23 touchdowns and a passer rating of 119.0. He is also completing 69.6 percent of his passes, and averaging 9.52 yards per attempt.

If his current nine-game numbers hold for the rest of the season, Ryan will finish 2016 with 5,298 yards, 41 touchdowns and seven interceptions. Only four players in NFL history have produced a single season with at least 5,000 passing yards and 40 touchdowns, and no player has ever hit both milestones while also throwing fewer than 10 interceptions.

Ryan’s 119.0 passer rating would be the fourth highest ever, trailing only Aaron Rodgers (2011), Peyton Manning (121.1) and Nick Foles (119.2). Rodgers and Manning both won the MVP award in their record seasons.

No quarterback in NFL history has ever averaged over 9.5 yards per attempt while also completing 69 percent of his passes in a single season.

Overall, Rodgers’ season in 2011 is probably the closest comparison to Ryan’s 2016 season. The Green Bay Packers quarterback threw for 45 touchdowns and six interceptions, while completing 68 percent of his passes and averaging 9.25 yards per attempt. It still stands as one of the most efficient and productive seasons by a quarterback in NFL history.

Ryan still has seven games to go, but his first nine appearances in 2016 have put him on pace to join Rodgers in 2011 amongst the greatest statistical seasons ever produced by an NFL quarterback.