New Starting LB for Cowboys and McCown Out 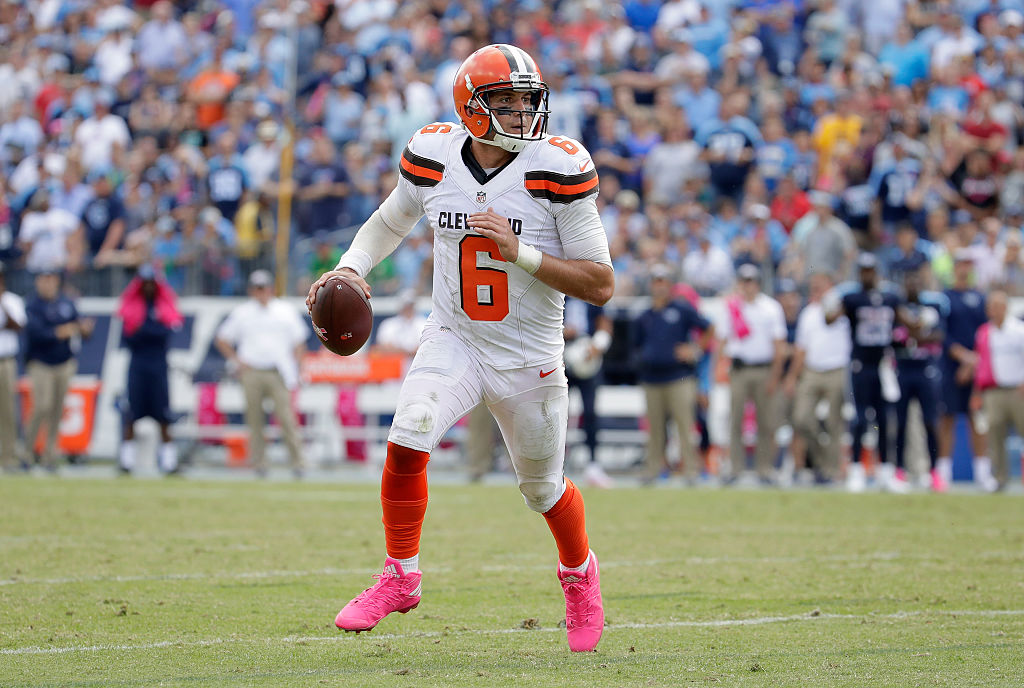 New Starting LB for Cowboys and McCown Out

The Cowboys will travel to Cleveland this Sunday in hopes of taking their record to 7-1 on the year and in the drivers’ seat for the NFC East.

The Cowboys got a bit of good news when they learned they would be facing Browns rookie QB Cody Kessler instead of Josh McCown. Kessler has five starts and all have been losses. Even if McCown would have suited up to start, the Cowboys would likely chew him up like they will against Kessler.

The only thing the Cowboys need to watch out for is the ever to dangerous “trap game,” and nothing says it more than playing a 0-8 team with nothing to lose.

The Brown aren’t all that terrible, they do have some good players on a bad team, so the Cowboys will need to do their due diligence and stay on top of things through out the game.

WR Terrell Pyor has turned into a good deep threat, but this is nothing new for the Cowboys secondary who have yet to give up a 100 yard games to some of the league’s best WRs in the game. I expect Pyor to fall in line as well.

NT Danny Shelton is probably the Brown best defensive line player, and he’s been pretty good at stopping the run, everyone else on his team, not so much. According to PFF, Shelton boasts 26 run stoppages, which is the best in the NFL right now

Shelton has had the biggest cumulative impact in stopping the run. In his sophomore season, Shelton has showed up each week, and has had at least two stops in every game. The Browns will need him at his best as he faces Dallas’ Travis Frederick, the best run-blocking center in football. This meeting will likely be one of the best one-on-one matchups of strength versus strength in the run game this season. (PFF)

I’ll take our big boys up front over everyone all year long. Get mauled.

Shelton is the only run stuffer that will take the field Sunday. Our very own Terrell McClain has been have a year, and he leads the league the highest run stoppage percentage at 17%. Pretty impressive.

Something else to take note is at linebacker for the Cowboys. Don’t look now, but there’s a new starting SAM LB — Damien Wilson.

I’ve noticed #57 on the field more and Jason Garrett acknowledged the increased playing time for Wilson.

“We’ve given him an opportunity to be that starting SAM in our base defense, and I think he’s getting better and better,” Cowboys coach Jason Garrett said. “He’s got a lot of physical ability. He plays with the right kind of demeanor, the right kind of physicalness. You see him minimizing his mistakes the more and more he plays, and you see him making more plays. So he’s a good guy to try to develop. He’s taken advantage of his opportunity.” (Star-Telegram, Williams)

Wilson was hardly noticeable his rookie season, but you’ve surely noticed him on the field this year, and now we know why. If Wilson can keep playing at a high level, then our linebacker core could become a strength in 2017, especially if we get Jaylon Smith into the mix. Watch out.