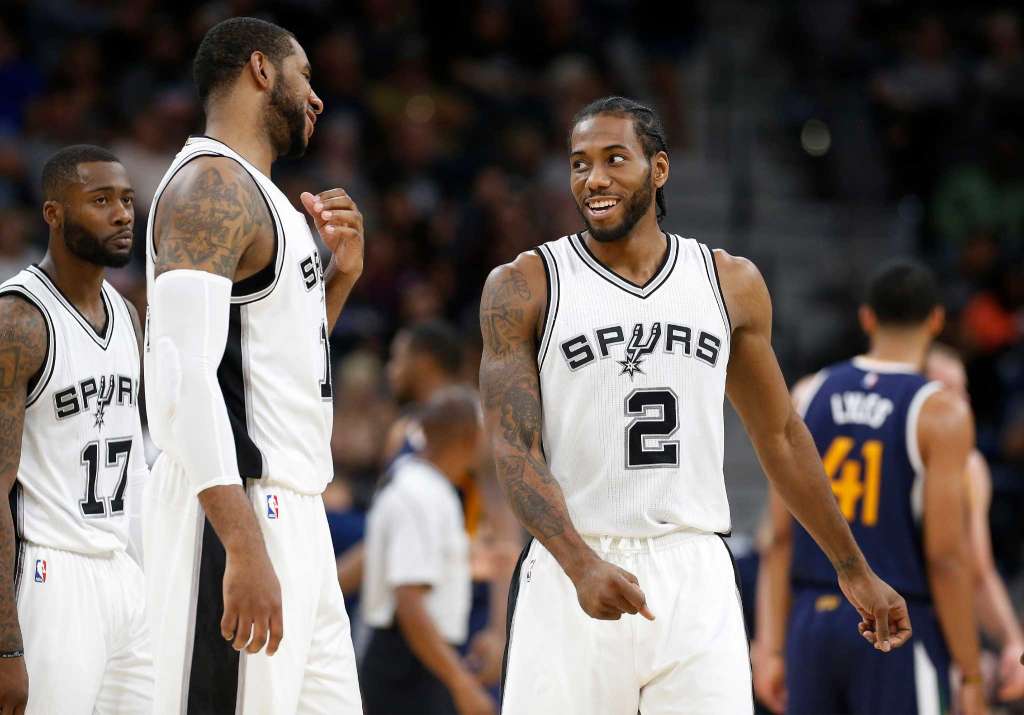 Just over a week into the 2016 regular season, the San Antonio Spurs have already made their mark on the league.

The biggest talk of the offseason for the Spurs was the retirement of 15-time NBA All-Star, two-time league MVP, and five-time champion, Spurs legend Tim Duncan. Analysts across the league debated how the 19-year veteran’s retirement would impact a transitioning team. With a few games under their belt, the Silver and Black seem to be handling Duncan’s absence fairly well, and that’s an understatement.

In their season opener, the Spurs managed to illustrate their prowess against last year’s number one seed, the Golden State Warriors. In a 129-100 win over the highly-anticipated team that shocked the system by signing superstar Kevin Durant, the Spurs rallied to shoot 48% from the field and 50% from three-point territory. Twenty-four of the Spurs’ 129 points were made off a fast break, while 50 were in the paint. They also came up with 21 offensive rebounds while performing well on the boards at both ends of the court.

One of the main components of the blowout was the valiant effort made by the new Spurs bench. Led by Jonathon Simmons’ 20 point game, the Spurs’ bench outscored Golden State’s bench by 38 points.

Simmons, getting a few extra minutes of playing time due to Danny Green’s injury, has definitely been a breakout performer for the Spurs so far, as have David Lee and Dewayne Dedmon. All three, two of whom are new additions, will definitely benefit the team throughout the regular season and post-season.

On the subject of the bench, Patty Mills and Manu Ginobili contributed their consistent bench sparks during this first week and a half of play, with Ginoblili looking like he has a fresh spring in his step.

Overall, the Spurs’ bench of fresh faces is certainly in the conversation of best backup players in the league. This is mostly because of their obvious cohesiveness already visible just 5 games into the season. Aside from their one loss, the Spurs’ bench has outscored each of the opponents’ benches in every contest.

The Spurs were ranked No. 2 in ESPN’s first week power rankings due in most part to the performance of Kawhi Leonard.

Leonard, obviously the new leader of the San Antonio squad, is currently averaging 28.4 PPG, 3.8 APG, and 3 SPG. He will continue to be a threat throughout the season as well as the Spurs’ biggest asset.

Overall, the Spurs’ 4-1 start has been filled with promising performances which will only continue along with the season. The Spurs will take on the Utah Jazz in their next game, Friday at 8 p.m., with the hope of getting a win against the only team that has managed to outplay them in their first 5 games.