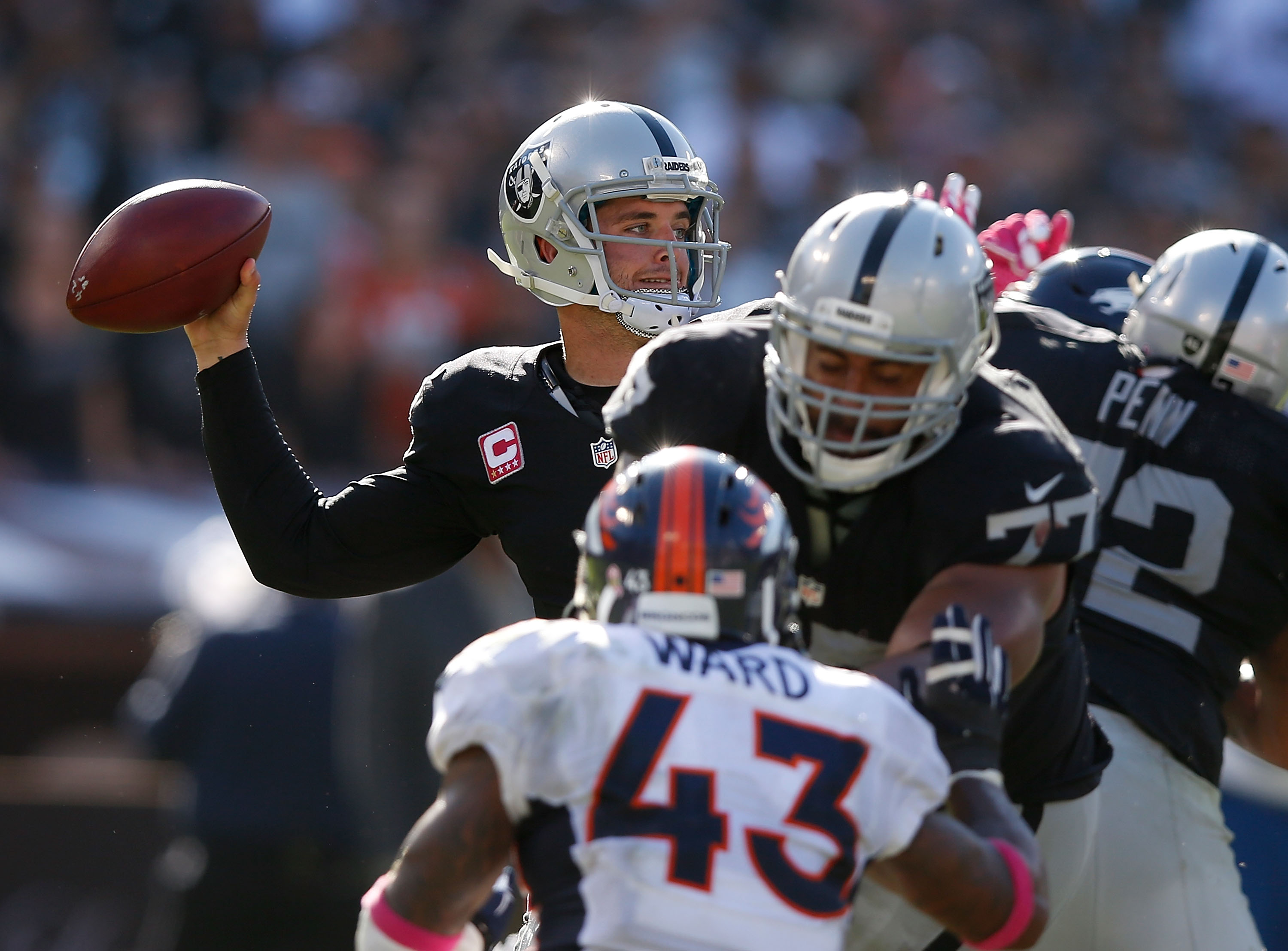 Week 9 of the 2016 season could be the closest thing the NFL has to a rivalry weekend.

The five remaining division games all could impact the playoff picture. They’re ranked here according to their relevance, the state of the rivalry and the likelihood of a tightly contested game.

The Jets and Dolphins both looked like they’d be drafting in the top five just three weeks ago. But both teams have won two straight, so get your online football bets ready.

These teams have split the 14 games they’ve played since 2009, but the signature moment of this rivalry happened more than two decades ago when Dan Marino beat the Jets with a touchdown pass after a fake spike. In the 21st century, there’s only so much buzz that AFC teams not named Patriots can generate.

The Marinos and Vinny Testaverdes have been replaced by Ryan Tannehill and Ryan Fitzpatrick.

Much more interesting than the quarterbacks is the matchup between Dolphins running back Jay Ajayi and the Jets run defense. Ajayi joined O.J. Simpson, Earl Campbell and Ricky Williams as the only players to run for more than 200 yards in back-to-back games. The Jets, on the other hand, lead the NFL with 74 rushing yards allowed per game.

This battle between irresistible force and immovable object could determine which of these teams can still dream of a playoff berth.

This might seem like a mismatch at first glance, but this is a .500 ballclub going up against a team that’s lost two straight.

If the Lions win, they’d be just a half-game out of first place in the NFC North.

There’s a reason, however, that the Lions were six-point underdogs on Covers.com as of Friday night.

The Vikings’ two losses came on the road and they return home for the first time since they crushed the Texans 31-13 in Week 5. Those Texans edged the Lions 20-13 last week at Houston.

The resignation of offensive coordinator Norv Turner has caused some upheaval in Minnesota this week, but this is the league’s 23rd-ranked defense that interim coordinator Pat Shurmur has to figure out this week. The Vikings, on the other hand, still have the league’s No. 2 defense.

All signs point to the Vikings getting their season back on track in this game. But the Lions have a chance to turn the division on its ear with an upset.

The winner of this game will keep the heat on the first-place Cowboys in the NFC East. But while this is a natural geographic rivalry, it needs a reboot.

Rookie quarterback Carson Wentz doesn’t bring as much star power to the event as he would have a month ago. He’s been mortal and the Eagles have lost three of four since their 3-0 start.

Through seven games, #Giants recorded just 9 sacks. However, they have recorded a sack against #Eagles in every meeting since 2009 #PHIvsNYG

These teams are on even footing now, however. The Giants were 2.5-point favorites through Friday night, and this series is an Odell Beckham Jr. blowup away from becoming a must-see matchup twice a year.

This is still arguably the most heated divisional rivalry in the NFL, but it’s not quite the divisional game of the week because neither team looks like a legitimate Super Bowl contender right now.

The Steelers have lost two straight and the Ravens have dropped four in a row.

It looks like Ben Roethlisberger will return from his knee injury. That would boost this game’s marquee value even with Joe Flacco throwing only five touchdown passes and six interceptions this season.

First place in the AFC North is at stake. If the Ravens win, they’d tie the Steelers atop the division and hold the tiebreaker at least until the teams meet again on Christmas Day.

The Ravens have won eight of their last 11 games against the Steelers, including playoffs and two of their five wins last season. The Steelers can put them in a world of hurt, however, by dealing them their fifth straight loss and taking a two-game lead on them in the division.

The computers that spit out the NFL schedule must have had a gut feeling about this one. Week 9’s top divisional game fittingly will be played on the Sunday-night stage, and the winners will wake up on Monday morning in first place in the AFC West.

Broncos safety T.J. Ward got the war of words going this week when he said, via Pro Football Talk, that Raiders receivers Amari Cooper and Michael Crabtree are good receivers but not elite.

Cooper is third in the NFL with 787 receiving yards. Crabtree is tied for second in the league with six touchdown catches. Cooper is fourth with 52 receptions and Crabtree is seventh with 47, making the Raiders the only team with two players in the top 10.

The Raiders are through being the doormats of the AFC West, but they face a crucial midseason test against the league’s top passing defense in terms of yards per game (183.9) and passer rating (65.7). The Raiders could get a break because the Broncos will be without cornerback Aqib Talib.

Oakland started to assert itself last year, finishing with its best record (7-9) since 2011 and ending an eight-game losing streak against the Broncos. The defending champs will try to avenge that defeat Sunday night in the Black Hole.