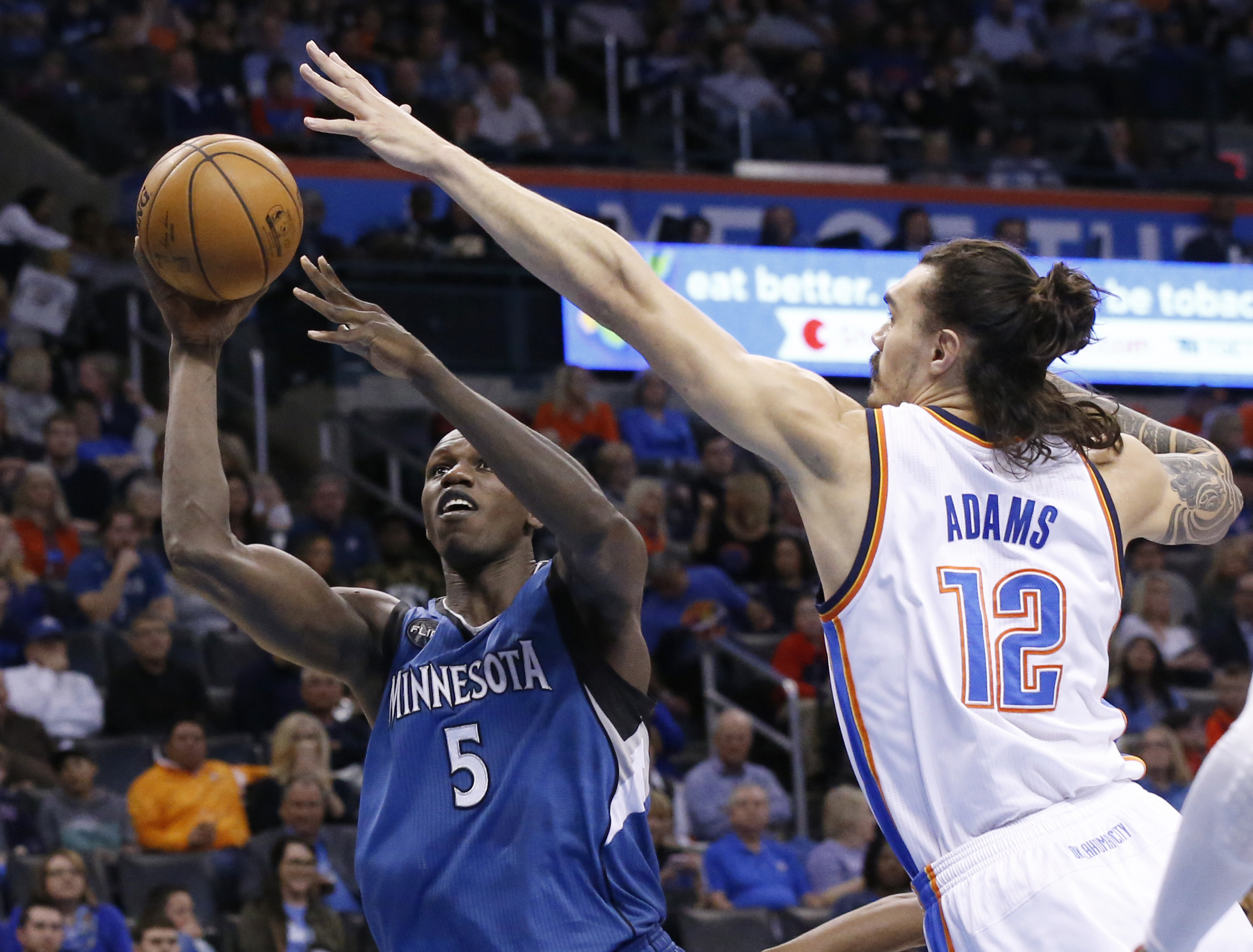 The Wolves will travel to Oklahoma City this Saturday for their first matchup against Russell Westbrook and the Thunder. OKC has exploded out of the gate this season, winning four straight before finally succumbing to the Golden State Warriors and former teammate Kevin Durant in a 96-122 loss on Thursday.

LAST MEETING: The Timberwolves were 1-3 against OKC last year. With the exception of a blowout loss in mid-January, Minnesota has played exceptionally well against the members of this Thunder squad, losing two of the four games by five points or less.

Andrew Wiggins is always able to rise to the occasion against this team. In all four meetings, he’s been able to score 20 or more points, leading all Minnesota players in two of the four meetings last year. Look for him to heat up tomorrow.

The sole win against OKC came near the end of the season behind a monster effort from Gorgui Dieng who was an absolute beast on the defensive end. Dieng finished with three blocks, two steals, and eight defensive rebounds. He led all Minnesota players with 25 points, and also managed to get to the free throw line a game-high 11 times.

Turnovers were a killer for the Thunder during this matchup, racking up 24 to the Wolves’s 12. Behind a beautiful defensive effort on behalf of Dieng and the rest of the Minnesota starters, the Timberwolves won 99-96

The biggest obstacle preventing a Wolves win will be Russell Westbrook and his ability to drive in the paint. This game will be the first real test for Kris Dunn to see how well his defensive ability racks up against one of the most elite point guards in the NBA. Westbrook is third in FTA this season and could force several Minnesota players into foul trouble. Minnesota should focus on locking down the area underneath the basket and force OKC to shoot from beyond the perimeter. Despite taking more than 10 combined 3-pointers per game, neither Russell Westbrook nor Victor Oladipo is shooting better than .345 percent form beyond the arc. OKC ranks 22nd in 3P%.

(All stats found on NBA.com and basketball-reference.com)