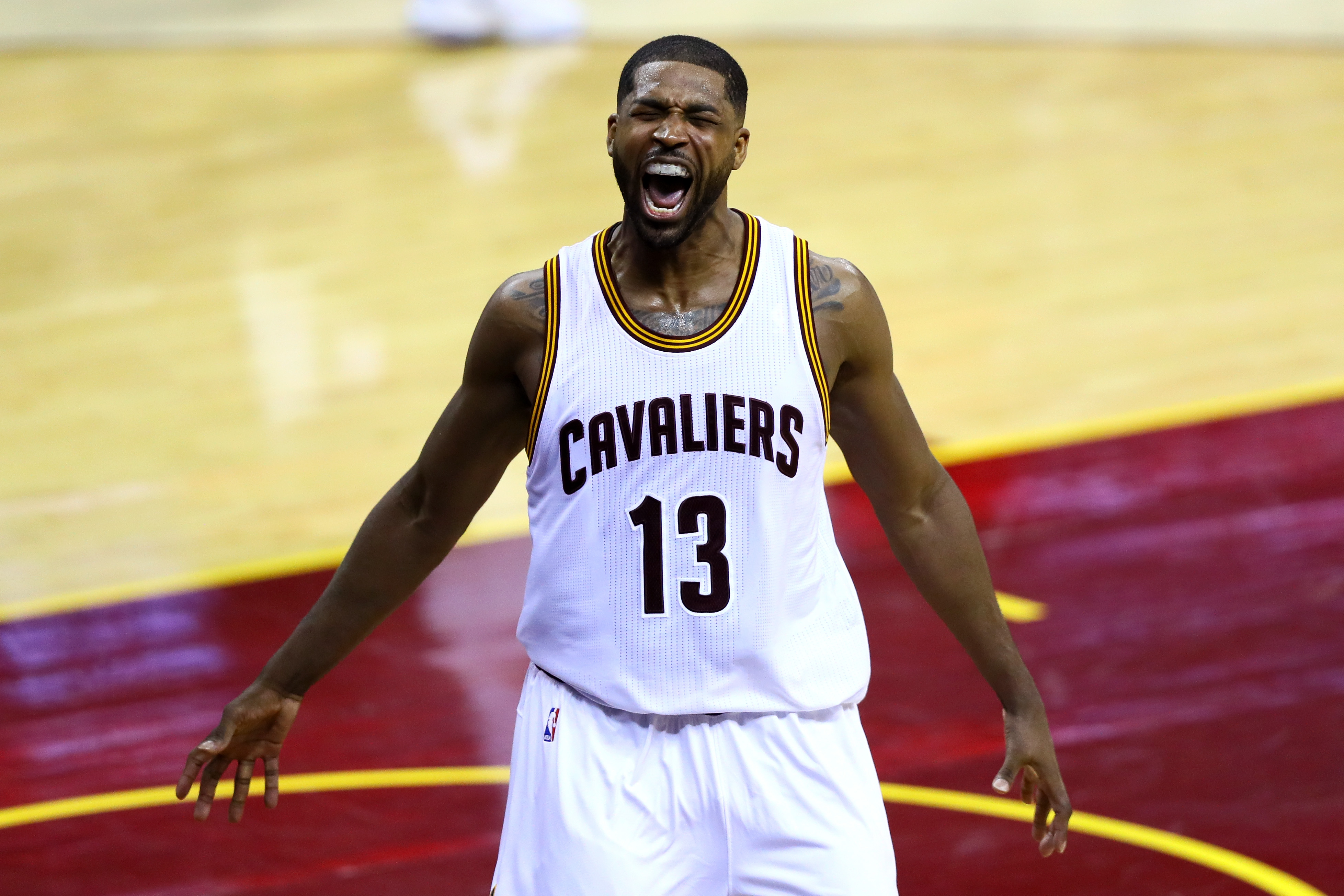 Thursday night, the NBA Champion Cleveland Cavaliers improved to 5-0 to start the 2016-17 NBA Season. The Cavs had great performances from LeBron James as he scored 30 points, Kyrie Irving, and Kevin Love, who has been playing at an all-star level this year. James, Irving, and Love are not the only ones that have been playing at a high performance level in the NBA right now, Tristan Thompson has been right up there with the big three.

Against the Celtics, it was not James scoring 30, or Irving looking like he’s one of the top point guards in the NBA, that stood out to me the most; rather it was glancing at the score board and seeing Tristan Thompson had double-double, again. Thompson finished the game with 15 points, and 14 rebounds (four offensive, 10 defensive). Considering Thompson is only averaging 6.4 points per game in 2016 so far, and 3.8 offensive rebounds, and 6.6 defensive rebounds, Thursday night’s game from Tristan was nice too see.

When you think of the NBA’s top centers/power forwards, right off the bat you think of guys like Andre Drummond, DeAndre Jordan, and Rudy Gobert. All three of these players, some of the NBA’s best are averaging less than 13 points per game in 2016. Tristan had an easy 15 last night.

The Cavs have had a tremendous start to their season against a couple of rather solid basketball teams.  There are going to be times this season when we are going to see James and Irving cool off and have a couple of average games, they are human after all. This is when it is expected to have other guys on this team pick up the slack. This should mostly be expected from guys like Iman Shumpert, Channing Frye, and Smith. Why not expect Thompson to have himself a game like he did last night even with the way the big three played?

Without the Cavaliers having a traditional backup center coming off the bench this year, Thompson, who isn’t even really a true NBA center by trade, is going to be asked to have a big year. Chris Andersen is technically the only true center on the team and he is essentially just a James guy that is not really expected to be a difference maker.

James seems to be moving the ball around quite a bit once again this year but he seems to be finding Thompson slashing through the middle in the paint. The thing that stands out to me the most about Tristan, is his ability to shoot well both right handed and left handed. He made this switch two years ago heading into the season.

Tristan Thompson is one the most dependable players in the NBA as he has played in 370 consecutive games. There is no reason not to think this streak will remain this year as well. He is going to be a busy man this year and will have an increase in points. No, Tristan isn’t going to be the fourth leading scorer night in and night out but he’s proven himself to be a viable option for the 2016-17 Cleveland Cavaliers.