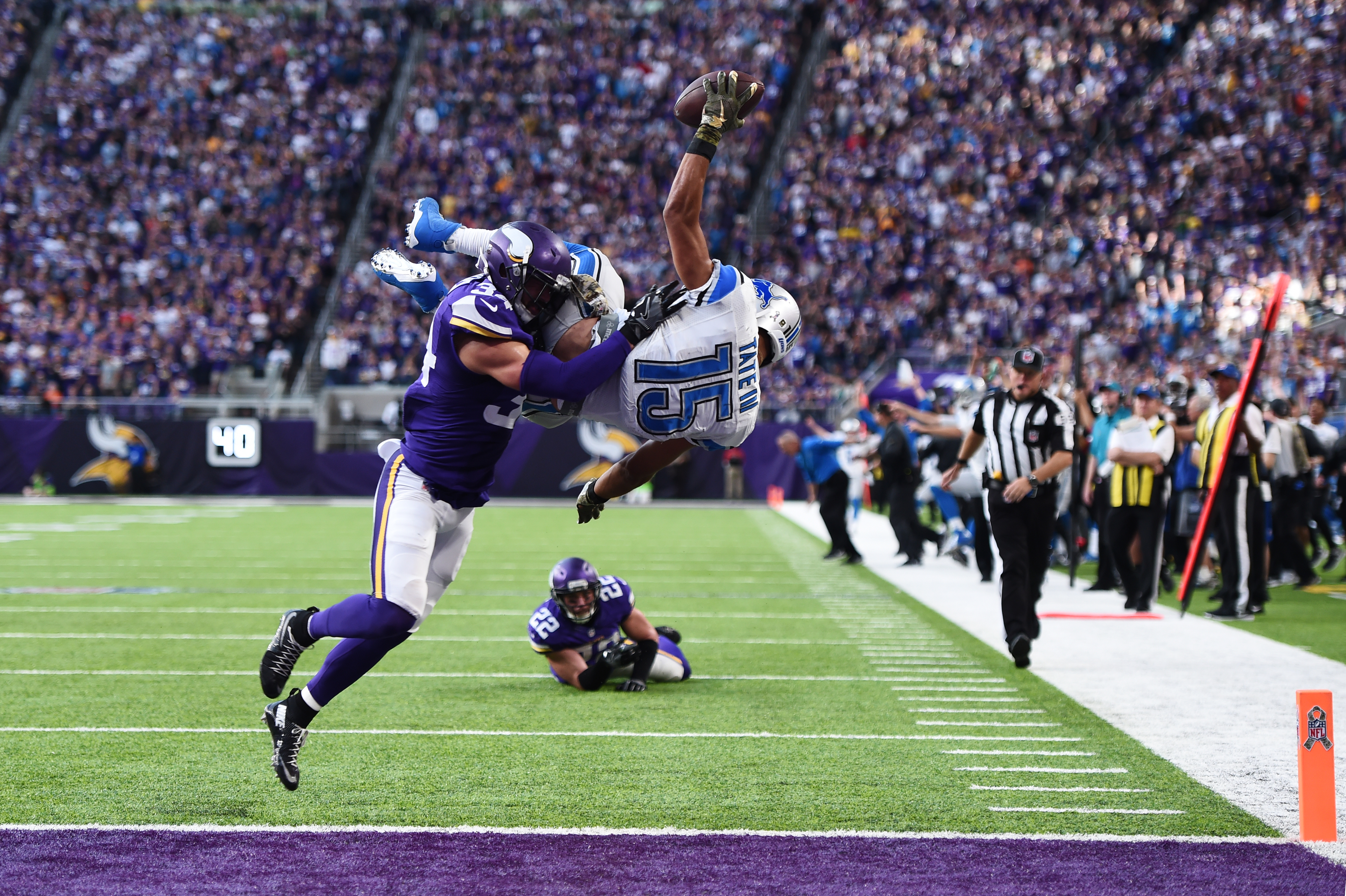 The Lions were 20 seconds away from losing to the Vikings, but Matt Stafford and Golden Tate got it done again on game-tying and game-winning drives.

Stafford continues to excel in the two-minute drill, although it was the 20-second drill on Sunday, and it didn’t matter. The Lions quarterback got his team to the 40-yard line, and Matt Prater drained a 58-yard field goal like a boss to tie the game at 16-16 and force overtime.

The Lions won the coin toss, and that was all Stafford needed. He manufactured an excellent drive, which ended with a 28-yard touchdown pass to Golden Tate. Xavier Rhodes and Harrison Smith attempted to bring him down, but failed, and Tate celebrated by flipping into the end zone.

What a finish, what a game.