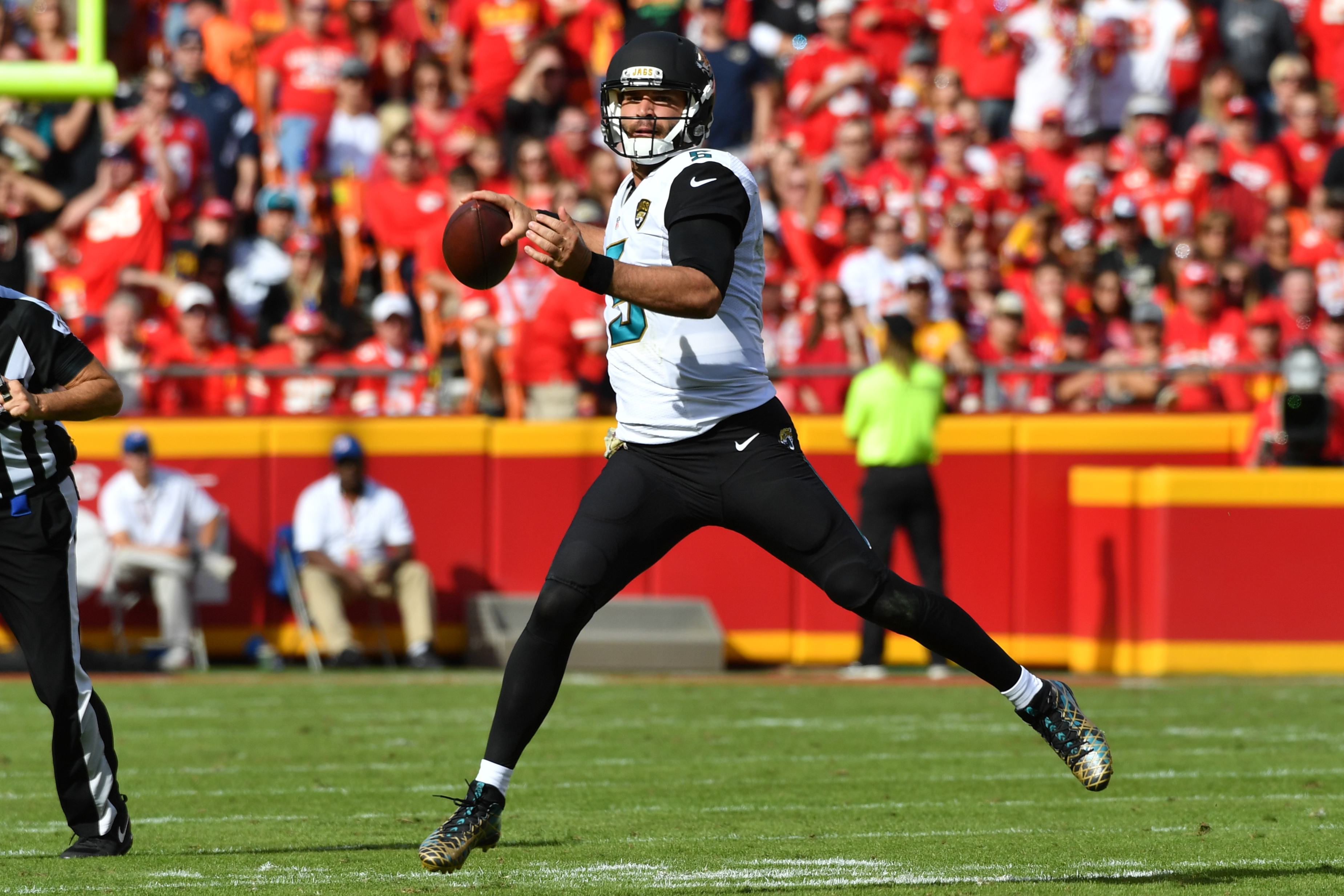 It’s really hard to know what Jaguars quarterback Blake Bortles was looking at during Sunday’s game against the Chiefs, when he threw a mind-boggling interception right to a defender.

The Chiefs didn’t use an exotic look to confuse Bortles or anything that was too complicated, the Jaguars quarterback just forced a throw into coverage, and did not throw it over the head of Chiefs LB Ramik Wilson. No, instead, he threw it right to Wilson, and this was the result.

This view makes it look even worse.

Bortles had 12 touchdowns and nine interceptions heading into the game, and those numbers just are not acceptable for a starting quarterback in the NFL.

It’s clear that Bortles has taken a step back this year. Regression has played a part in the Jaguars’ awful 2016 campaign so far.