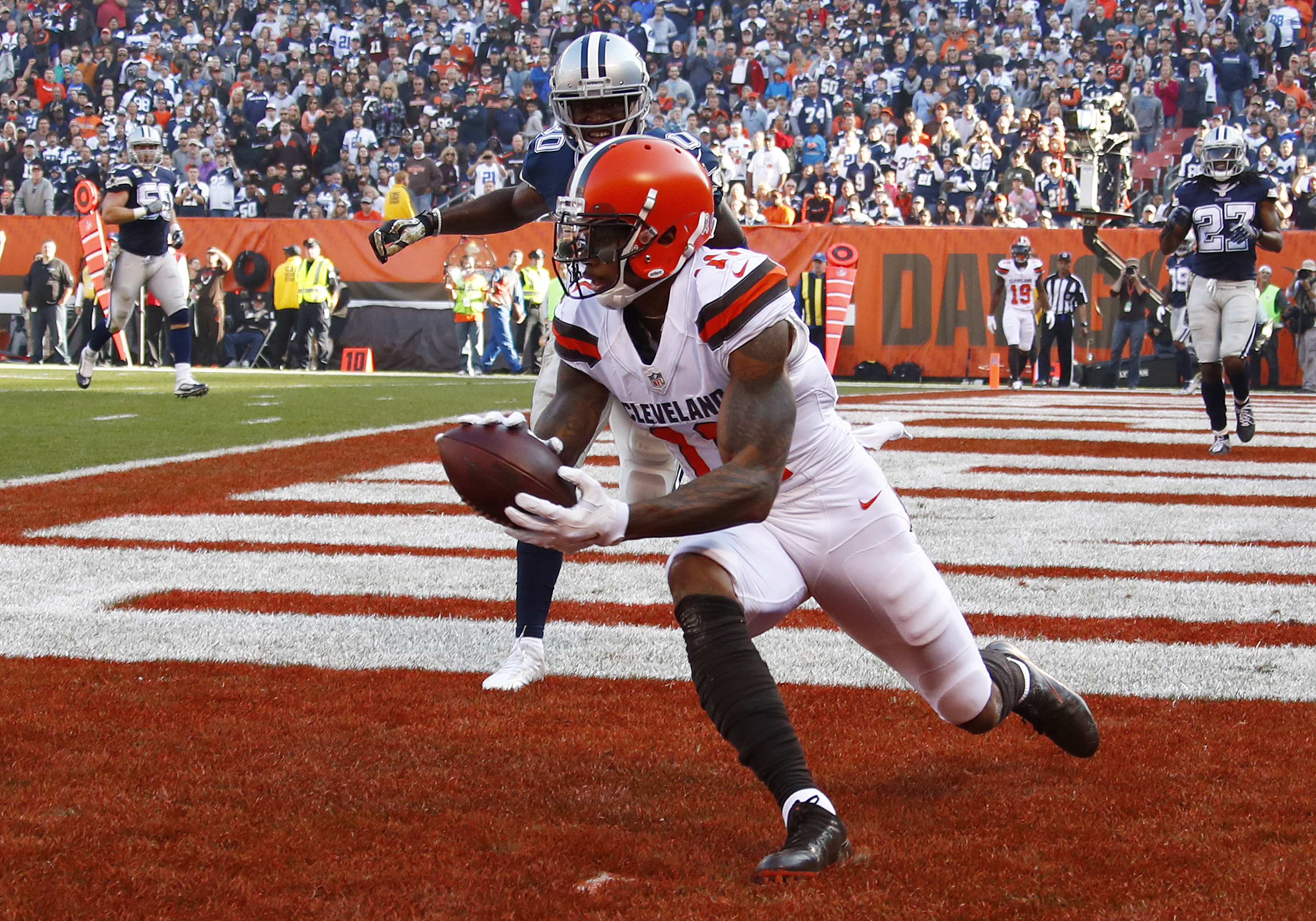 Cleveland Browns fans don’t have much to be excited about on the offensive side of the ball, and the harrowing possibility of finishing the season winless is real.

But they do have Terrelle Pryor, and he’s been crushing it on a weekly basis.

Pryor had already hauled in three touchdowns heading into Sunday’s game, and he got one more with a nice display of athleticism, and the football IQ to get open for his quarterback.

With Cody Kessler on the run, Pryor found a crease in the corner of the end zone, and the Browns quarterback hit him for his fourth touchdown of the season.

That was the Browns’ first touchdown of the day. And right now, it’s still the only one, as they trail, 35-10.