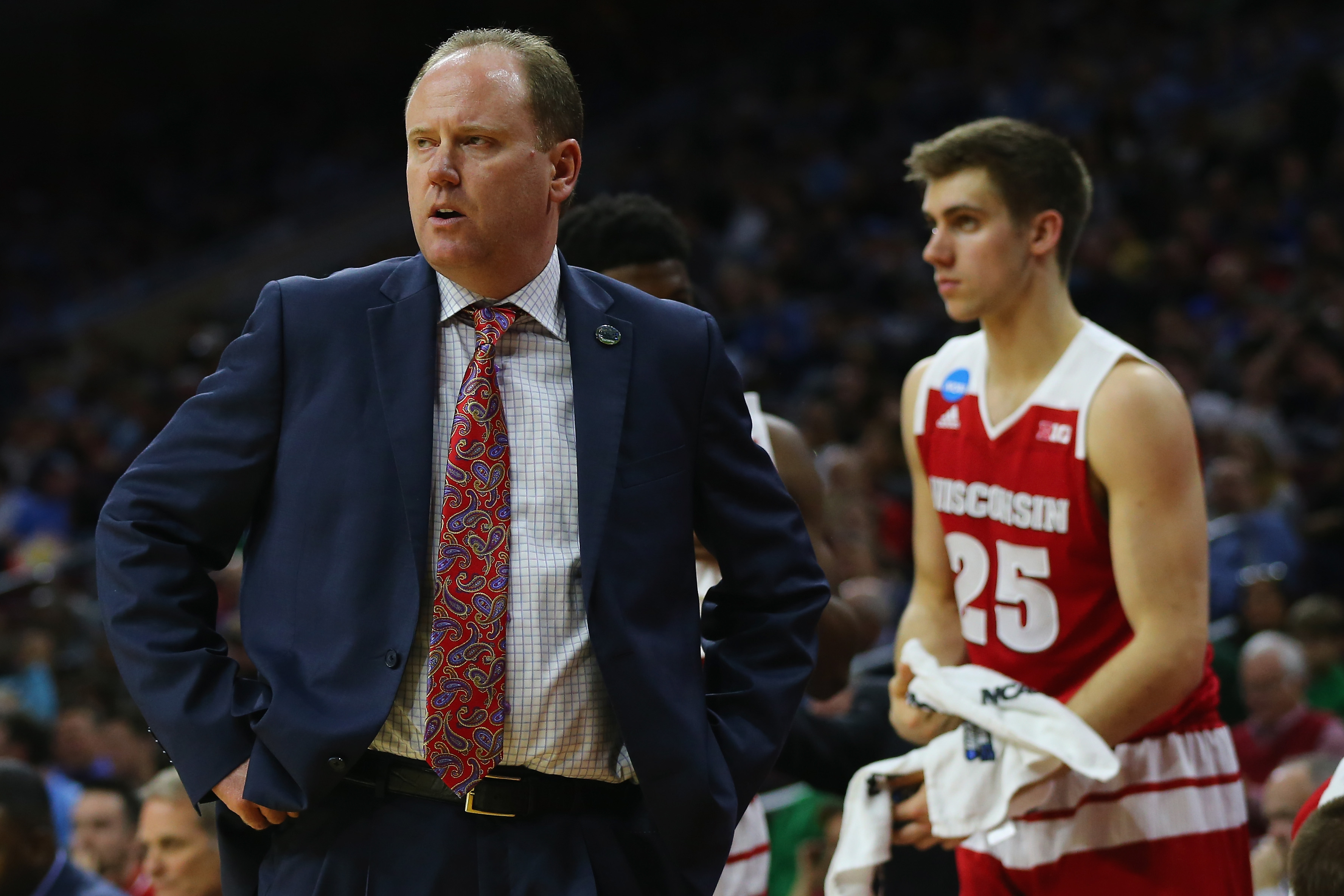 The Wisconsin Basketball season is right around the corner, so I’m taking a look at every scholarship player on the roster. Here are the links for the first seven.

Sophomore Alex Illikainen is your typical Wisconsin forward. No, not just because he is lanky and white. He is 6 foot 9 and more comfortable on the perimeter shooting three-pointers than in the paint. Last season, he didn’t get on the court much under Bo Ryan. However, when Greg Gard took over, Illikainen was one of the biggest beneficiaries, becoming the first big man off the bench and averaging 12 minutes per game.

Unfortunately, Illikainen never looked comfortable. He was very hesitant and despite his shooting ability, passed up many open shots. Illikainen has excellent form, but he only hit 32% of his 3-pointers and 67% of his free throws. A large part of that could have been his lack of confidence. His rebounding and defense weren’t very good either.

1. Will he be more confident and assertive?

Illikainen has the skill set to be a key offensive contributor off the bench for the Badgers. He just needs to be more assertive. His outside shot is really good looking, so if he is open, he needs to just let them rip. All good shooters miss and go cold from time to time, but as the wise Michael Scott once said, “You miss 100% of the shots you don’t take.” Illikainen needs to live by that motto if he wants to reach his full ceiling this season.

2. Will he be able to finish in the paint?

Last season, one of his biggest problems was finishing around the hoops. He missed open layups on more than a couple occasions, and he wouldn’t even attempt contested ones. That’s not very good for a 6 foot 9 power forward. That’s why these two tweets from Wisconsin’s Red-White Scrimmage are so encouraging.

Alex Illikainen passed up a lot of open shots last year. That appears to be ancient history pic.twitter.com/oOC93jjd9q

With Andy Van Vliet eligible, many people (including me) expected Illikainen to be a possible redshirt candidate this season. However, he put in the off-season work needed and came into preseason ready to win minutes.

One consistent theme I've heard out of Madison: Alex Illikainen has been Wisconsin's most improved player. Appeared in 33 games in 15-16.

It appears he has fended off fellow classmates Van Vliet and Charlie Thomas to become the first big man off the bench for the Badgers.

On offense, Illikainen is primarily going to be a shooter, much like starting power forward Vitto Brown. His job is to stretch the floor and create room for Wisconsin’s playmakers to go to work. If he has the confidence to let his shots fly when he’s open, he could be Wisconsin’s leading scorer off the bench. While he isn’t a reliable inside presence yet, expect him to be more comfortable finishing layups around the rim this season.

On the other end of the court, Illikainen just needs to try not to be a liability. While he isn’t going to block many shots, he has the size to be a solid post defender and rebounder. He only averaged 1.5 rebounds per game last season, but with his added strength and comfort on the court, that should improve too.