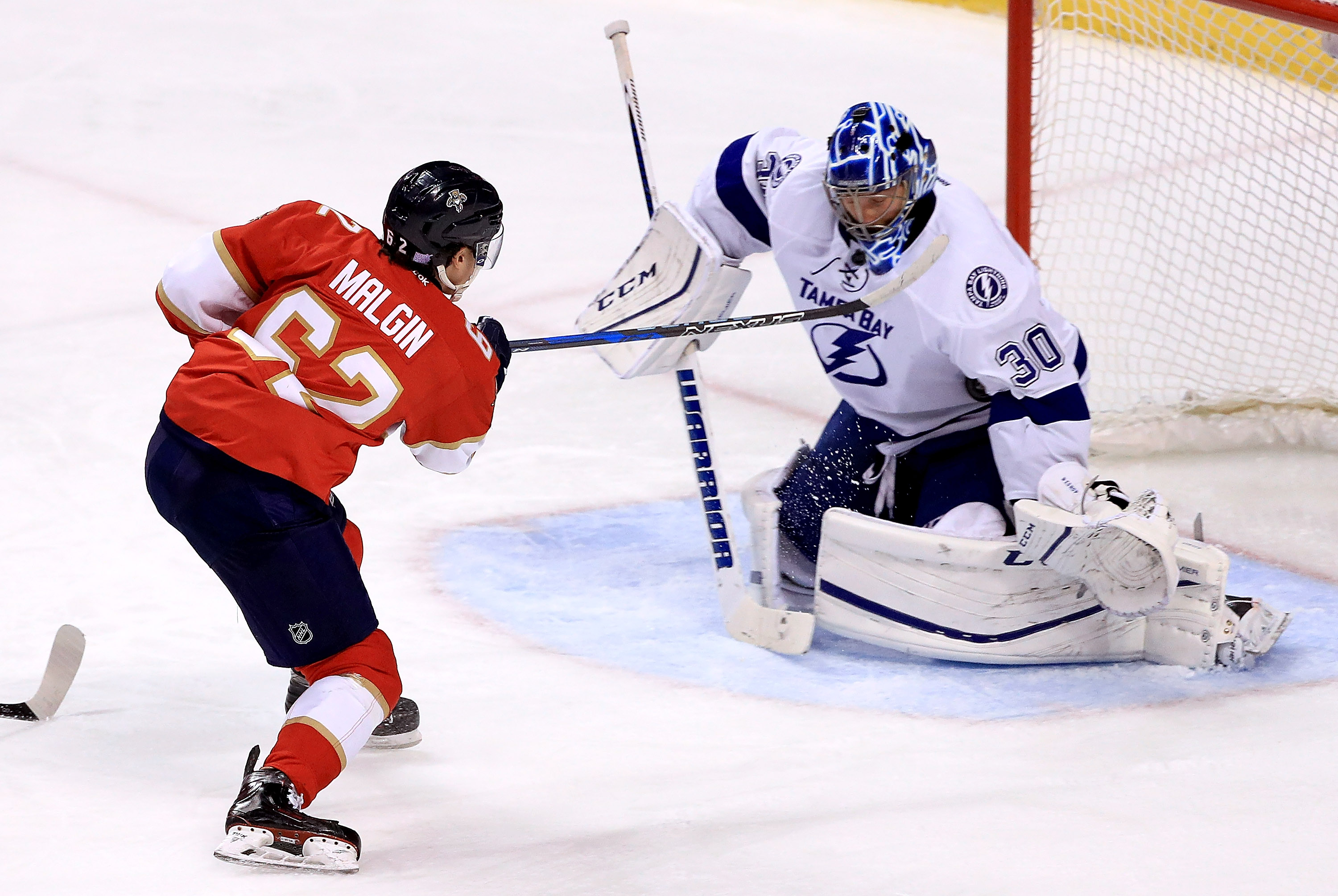 Reilly Smith scored the game-winning goal with 4:28 left after an uncharacteristic Victor Hedman turnover and Roberto Luongo made 34 saves to lead the Florida Panthers over the Tampa Bay Lightning 3-1 at BB&T Center on Monday evening.

Ondrej Palat scored for the Lightning (7-5-1)

The first period saw Marchessault score on his old team at 3:10 to make it 1-0 Panthers. Keith Yandle and Aleksander Barkov assisted on the power play goal. It was the seventh time in 13 games the Lightning trailed after one period. Tampa Bay outshot Florida 12-10 in the period. For Marchessault, it was his seventh of the year.

SUNRISE, FL – NOVEMBER 07: Steven Stamkos #91 of the Tampa Bay Lightning shoots during a game against the Florida Panthers at BB&T Center on November 7, 2016 in Sunrise, Florida. (Photo by Mike Ehrmann/Getty Images)

The second period saw Steven Stamkos, Victor Hedman and Nikita Kucherov all get close in opportunities against Panthers goalie Roberto Luongo, but with no positive results. Also Lightning goalie Ben Bishop stood tall in killing off three Bolts penalties including a highlight reel save against Jared McCann which was reviewed in Toronto and ruled no goal. Through two periods, shots were 24-23 in favor of Tampa Bay, while the score remained  1-0 Panthers. The Bolts were 0-3 on the power play.

Ondrej Palat tied the game at one when he scored his second of the season after Alex Petrovic lost the puck along the wall. Petrovic went to play the puck around the boards but whiffed. Palat got to the puck before Luongo could find it and poked it home. The goal was unassisted at 1:15 of the third period.

The Panthers Reilly Smith scored unassisted to put Florida up 2-1 after undressing Victor Hedman and beating Bishop from a bad angle with 4:28 left in the game.

Derek MacKenzie scored an empty-net goal from Yandle that made it 3-1 Florida.

“The thing with Florida, obviously they’ve become a big rival of ours now, so you can throw everything out the door,” Coach Jon Cooper said before the game. “It’s just two teams that are really going to compete hard against you. But in the end you got to find a way to beat (Luongo). He’s a hall of fame goaltender. … He’s had some success against us, so we just got to make sure we’re getting to areas where he can’t see pucks.”

Bishop stopped 35 of 37 shots but will want that last one back. The Bolts put 33 shots on Roberto Luongo and were o-3 on the power play.

Next up, the Lightning host the Islanders on Thursday night November 10 at 7:30 PM at Amale Arena.