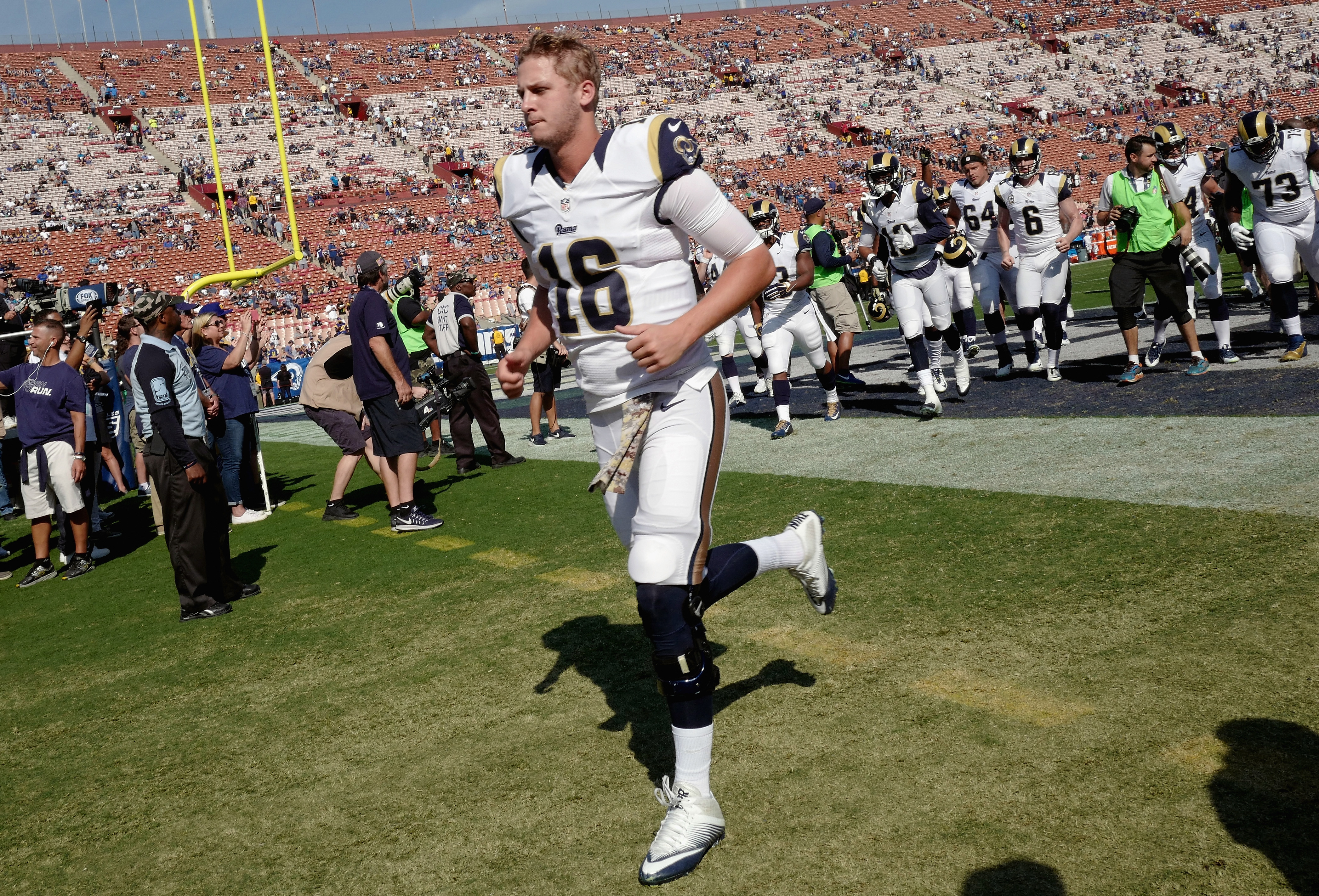 What will it take for Jared Goff to get on the field?

It’s looking more and more like the Rams will have to be mathematically eliminated from the playoff race, according to Ian Rapoport of the NFL Network.

MakeNFLPlayoffs.com calculates that the 3-5 Rams’ chances of making the playoffs are 16 percent, which means the fans chanting “We want Goff!” Sunday during the Rams’ 13-10 loss to the Panthers will see him soon enough.

The Rams have lost four straight and Case Keenum has thrown five touchdown passes and eight interceptions in those games. That scenario is usually ripe for a No. 1 overall draft pick to step in, but the Rams don’t feel that Goff is ready to play in games with any sort of playoff implications.

It could be that the Rams feel they want Goff to make his debut in a situation with less pressure. The only problem with that thinking is that the wide-eyed rookie could go up against a team that is fighting for a playoff spot.

No matter when Goff takes his first regular-season snap, it will be a baptism by fire.