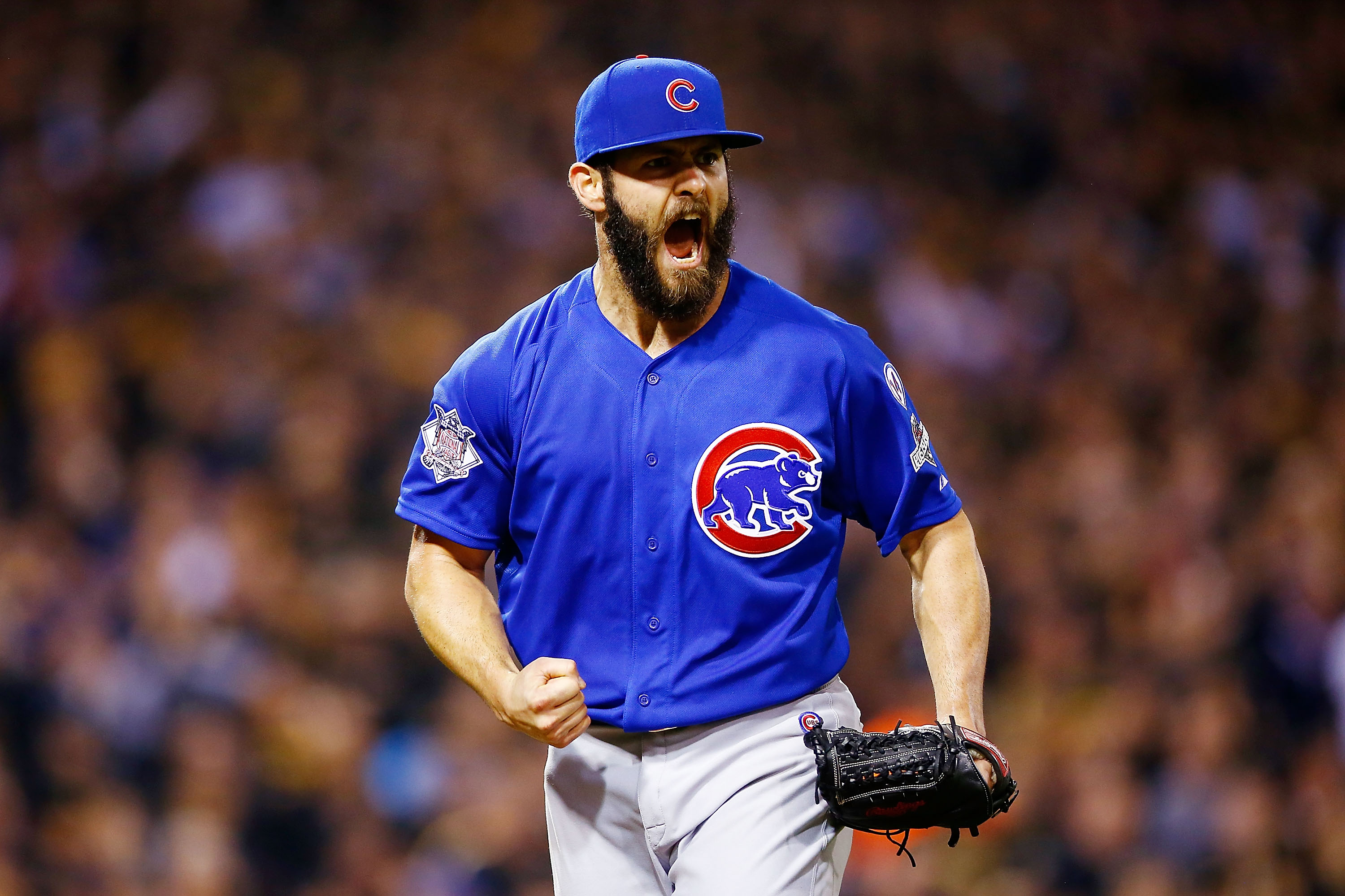 It’s hard to remember what Chicago Cubs pitcher Jake Arrieta looks like without a beard.

Well, we now know, as it appears he shaved his beard at some point after the team won the World Series.

John Lackey’s wife, Kristina, tweeted out a picture with her family standing next to Arrieta’s. And yes, the guy in the Van Halen shirt, who doesn’t have any facial hair, that is Arrieta.

Goodbye Chicago, you've been amazing…..Austin here we come for you!!! pic.twitter.com/Cn3czW6IAv

Consider me fooled. I actually thought it was Theo Epstein at first glance.