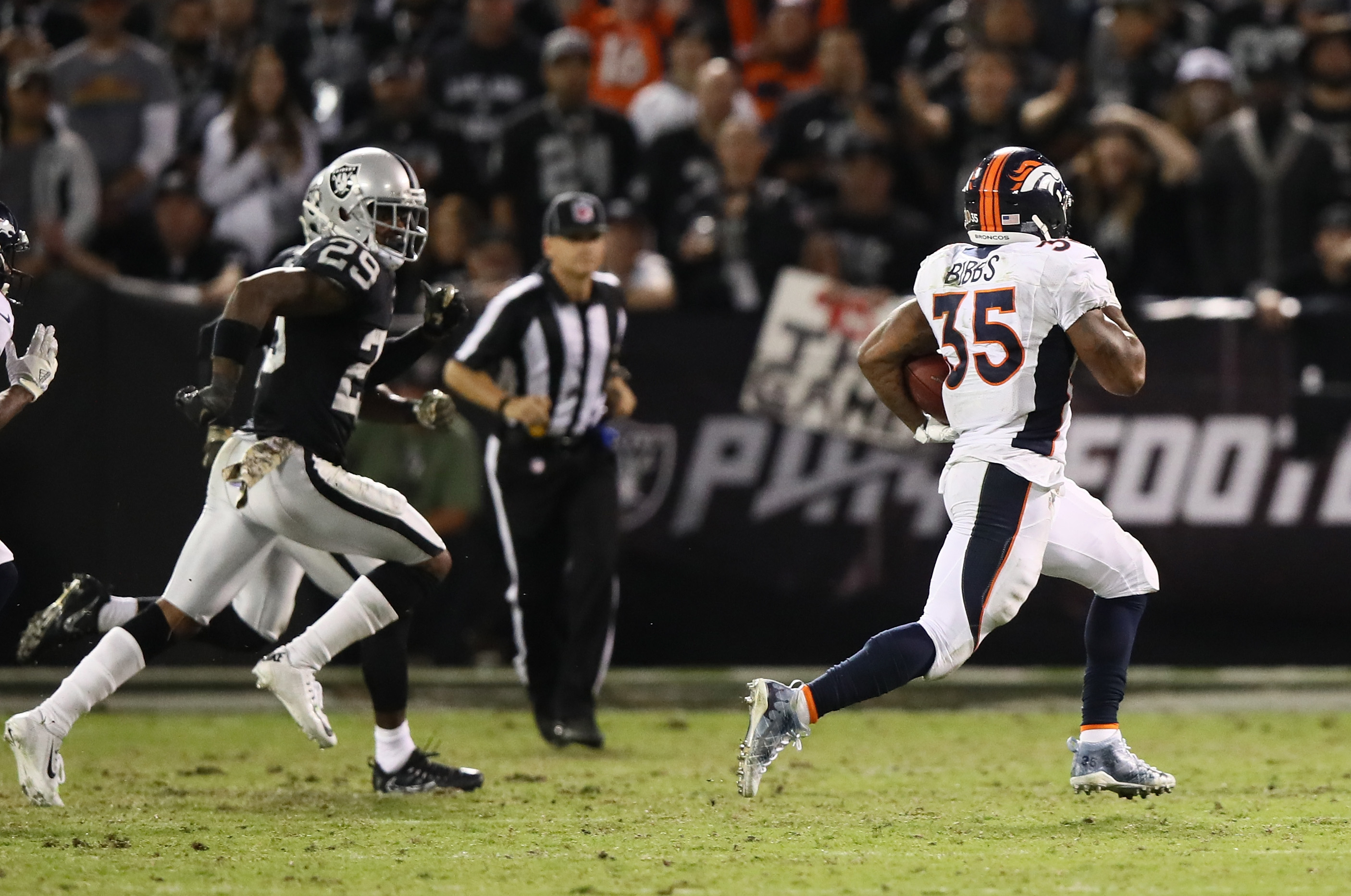 Denver Broncos running back Kapri Bibbs showed why he needs to get more playing time after ripping off an amazing touchdown during Sunday night’s game against the Raiders.

We have to wonder why Bibbs, who had been a practice squad guy, isn’t get more playing time, especially as thin as the Broncos RB corps is. Devontae Booker was a complete nonfactor and continued to underperform, with 10 carries for 22 yards.

Bibbs, on the other hand, scored the best touchdown of the week, breaking plenty of tackles along the way. The result was a 69-yard touchdown.