Where Will Yo Go? The Possible Landing Spots for Yoenis Cespedes 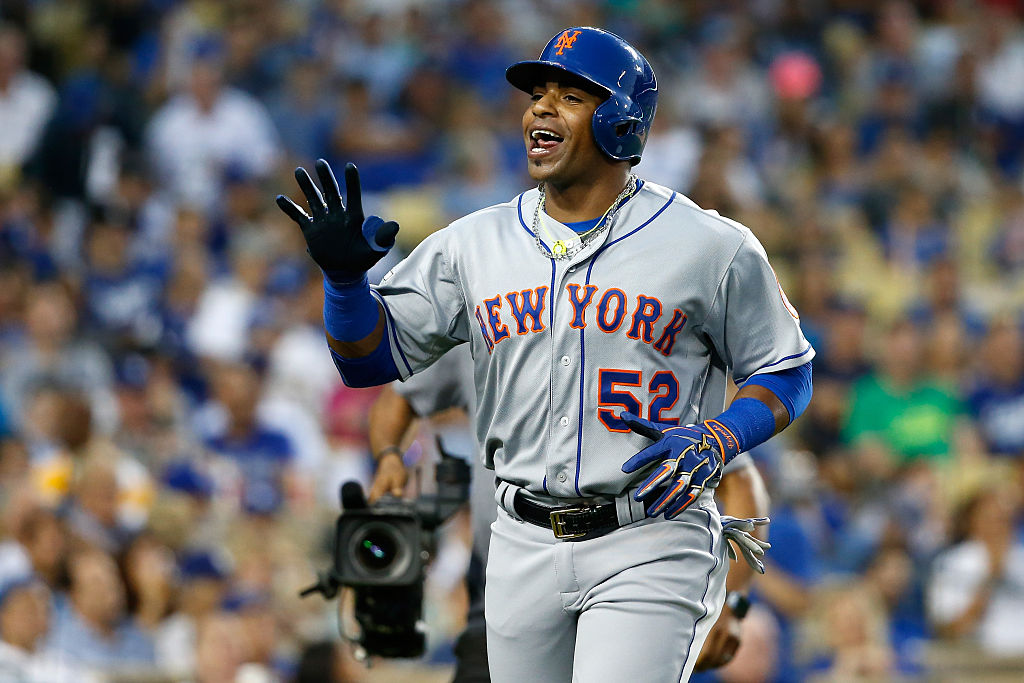 Where Will Yo Go? The Possible Landing Spots for Yoenis Cespedes

Yoenis Cespedes is a free agent. He’s also just opted out of his contract with the Mets and is set to become the most saught after slugger of the winter. Where will he go?

(Yes, Yahoo basically wrote this post a couple days ago but I read it and it isn’t good. My possible landings spots are much better.)

Bear with me here, this one makes some sense. The Nats have shown that they are willing to spend money and they know that they are right in the middle of their competitive window. If Trea Turner is the everyday shortstop -and there’s no reason to think he shouldn’t be- than Washington has an opening in center.

While Cespedes isn’t an ideal centerfielder, an outfield of Jayson Werth, Yo, and Bryce Harper from left to right would be among baseball’s best, if not its very best. Further, it would give DC six well above average starting regulars. The only remaining holes might be first base and catcher.

As the Bryce Harper free agency clock clicks ever downward, the Nats need to do something to try and push them past the NLDS. They have the pitching with Max Scherzer and Stephen Strasburg leading the way, and maybe Cespedes can lengthen the lineup enough such that Haper or Werth or Daniel Murphy cooling down in October won’t sink the whole club.

Sure, money might be an issue here as the Indians aren’t wont to shell out hundred million dollar deals, but if there’s any time to make a big splash, it’s probably when you were 1 inning from a Championship. The Indians had a fantastic year and played great in October, but they have some pretty big holes. Perhaps Cespedes shaped holes.

Rajai Davis and Coco Crisp are certainly not guys any team wants to go into Opening Day as starters. Tyler Naquin is pretty good, but he’s a young player and you don’t quite know what you’ll get. Brandon Guyer is a quality 4th outfielder and that’s about it. Lonnie Chisenhall is a good starter, not a star. Of course, Cleveland will get Michael Brantley back next year and he’ll slot in as the starter in left, but Brantley’s always hurt and he’s hardly the big bat in the middle of the order. Couple this with Mike Napoli‘s free agency, and you realize Yo might make a world of difference.

If Cleveland can afford it, a Brantley, Cespedes, Naquin, and Chisenhall quartet in the outfield makes a really solid group.

The Mets know that their window of competitiveness is right now. 2016 was a bit of a mess thanks to injury but New York expects to have its full compliment of top notch starting pitchers back next season and they’ll be going for it. Doing it without Cespedes will be a whole lot harder.

All reports are that the Mets and Yo got along swimmingly. Cespedes was a fan favorite and played well.  It is doubtless that the Mets will make some kind of a play for Yoenis this winter, but the question is whether it will be enough.

The Mets’ current plan of replacing Cespedes with Jay Bruce is an ill-advised one. Bruce is not nearly the player Cespedes is defensively nor is he the middle of the order bat that the Mets sorely need. If there was one team that should over pay in both years and dollars for Cespedes, this is it. Let’s see if it actually happens.

PS: We originally ran this post over at offthebenchbaseball.com. We’re double posting our content while we transfer our data over to thesportsdaily. Hopefully google doesn’t hate us for it.