Witten Closing in on Irvin's Record 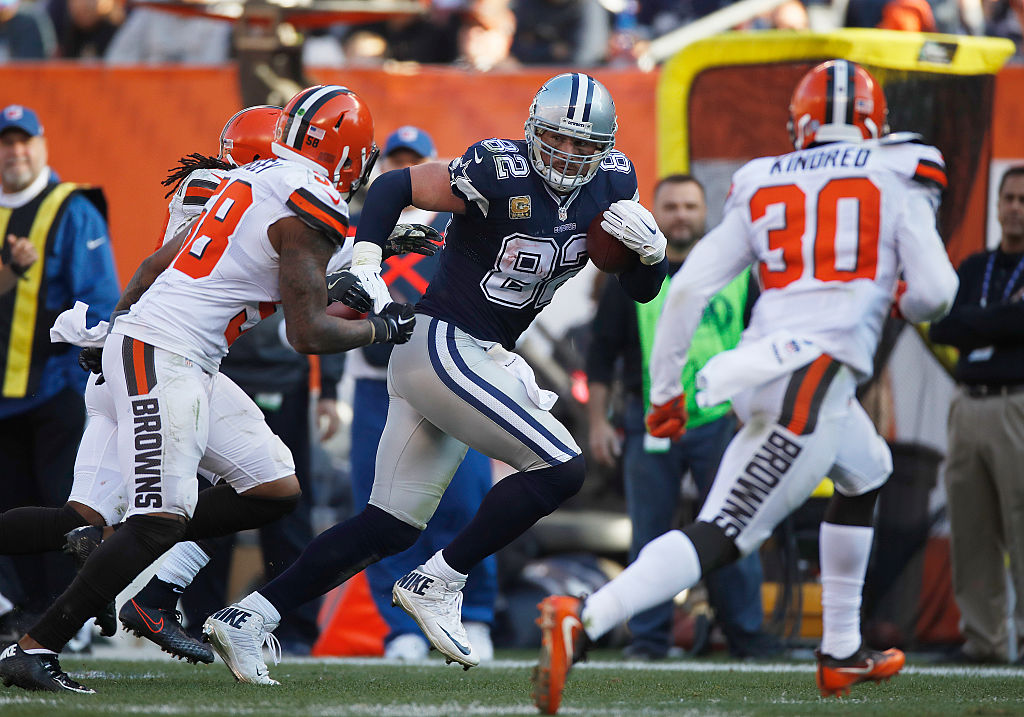 Witten Closing in on Irvin's Record

Jason Witten has been breaking some long held Cowboys records this season, but a statistical crown jewel is within striking distance.

Jason Witten currently has 11,639 yards, that puts Witten just 266 yards away from smashing the record.

You have to wonder how long Witten’s record would stand? I’m not so sure Dez Bryant would even be able to break the record at the current pace he has been on the past two seasons.

Dez just turned 28 a few days ago, and the wide receiver shelf life is close to that of running backs. Once they reach 30, they are on the downward trajectory. Obviously, that can change if Dez gets healthy and starts racking up big games over the next few seasons, anything is possible.

Realistically, it is quite possible that Witten breaks the record, and continues to add onto the record. Witten is signed thru 2017. At the end of his career we may be talking about Witten being Bill Parcell’s best draft pick ever.

Curtis Martin is probably Parcell’s best draft pick. Drafted by Bill in in 1995 with the Patriots, and recently inducted into the Hall of Fame.