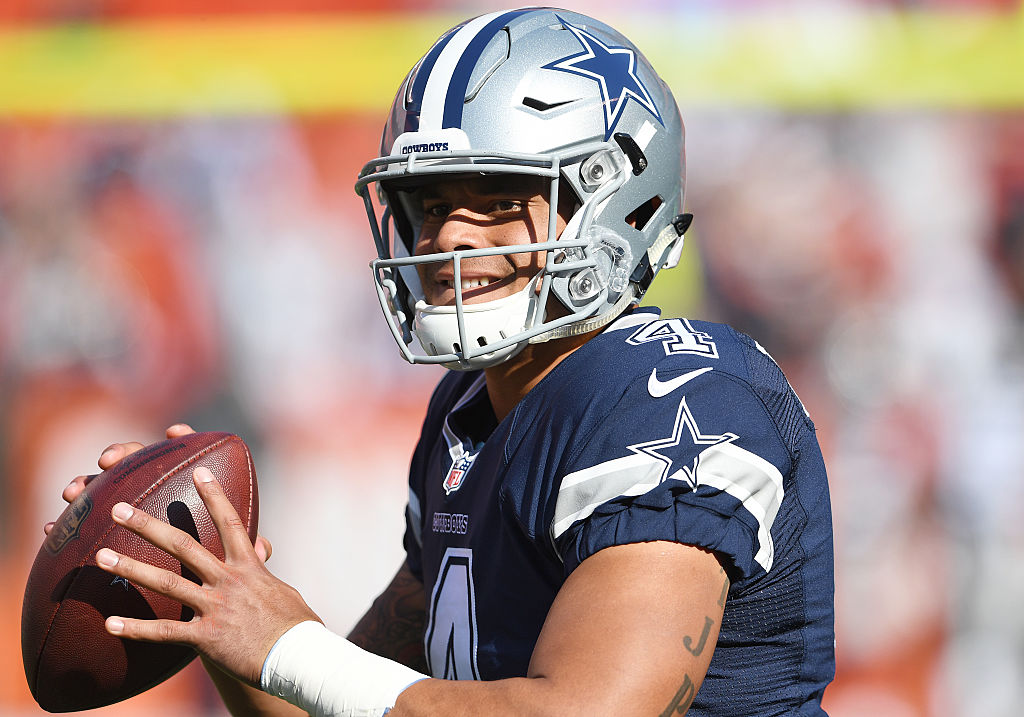 No one saw Dak Prescott coming; he surprised everyone. Even those conversations wondering what will happen once Tony Romo returns have largely died out as Prescott continues to exceed expectations. Looking at the Super Bowl lines, it is clear that he’s playing football like Dallas fans have never seen.

It will not surprise anyone if the Cowboys make it to Super Bowl LI, not with the way Prescott is playing. The Cowboys beat the Browns on Sunday in a game that only emphasized the hapless nature of Cleveland.

Prescott played like a top-end NFL starter, completing 77.8 percent of his passes for 247 yards (and 3 TDs).

Coach Jason Garrett commended Prescott for being able to so consistently throw the ball by getting in the right position. His accuracy is one of the reasons Prescott is definitely standing out.

And some people have tried to put Prescott down by suggesting that his teammates are the only reason he is looking so good; however, no one has ever faulted Tom Brady for having dominant targets like Rob Gronkowski to throw the ball to.

The fact that the Dallas Cowboys have such a strong group of players surrounding Prescott doesn’t’ make him any less impressive; if anything, the fact that he knows how to utilize the resources in his vicinity shows maturity.

Of course, no one is ignoring the fact that Dallas has the best front five in the league; but Prescott must be commended for making such effective use of the players around him.

People have compared Prescott to Troy Aikman in the early 90s, some may argue that Prescott is already better, especially when you look at his performance this early in his career. At the halfway point of the season, Prescott has accrued quite the number of touchdowns and passing yards.

Attack him all you like, you cannot ignore the poise and consistency with which Prescott makes plays; you won’t find another rookie like this in the NFL. And Prescott didn’t really start well.

Looking back at the rookie’s earlier games, it wasn’t until the third contest that Prescott began to really impress his fans and teammates alike. After a while, as Prescott consistently got his team into the end zone, he became difficult to ignore him.

He keeps breaking records in the games he plays, and it is clearly that Prescott is beginning to settle in his position, becoming very confident as a quarterback. The coaching staff must be credited for not only giving him the chance to play at such a level but also helping him to grow comfortable in his new role.

Prescott still has some distance to go before realizing his potential; he will finish with no more than 250 yards on the ground. However, right now, every team the Cowboys face is aware of Prescott as a true threat.

Prescott is becoming as dangerous as Cam Newton was when he first entered the NFL, and he will only grow stronger. So many teams are probably regretting passing on Prescott.

This is a super bowl caliber quarterback; he is the sort of rookie most teams dream of.