It's Going To Get Way Worse Before It Gets Better 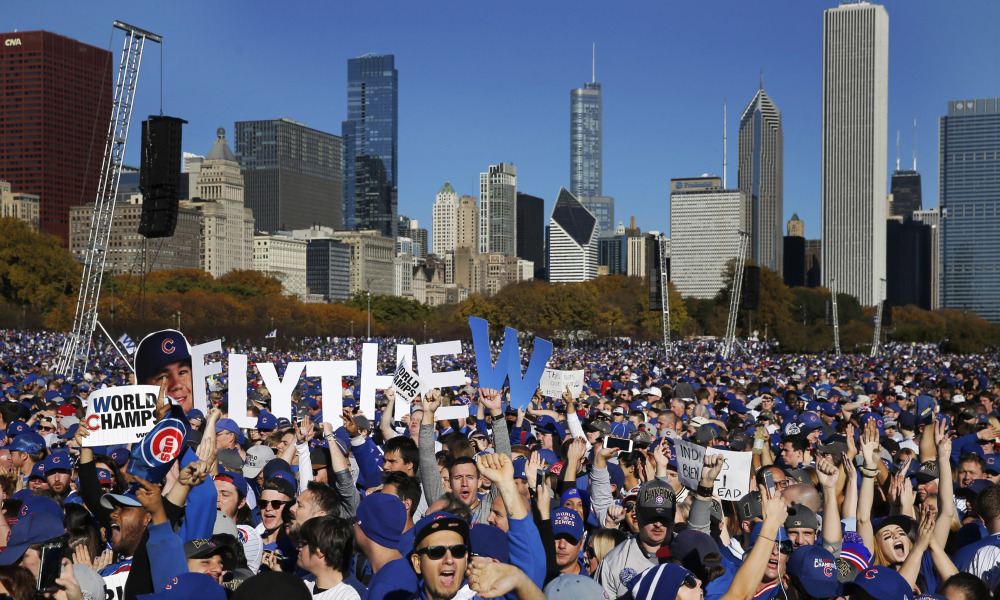 It's Going To Get Way Worse Before It Gets Better

Welcome to week two of your new reality.

On Friday, the Cubs had their 2016 World Series victory parade and a decent amount of people showed up for it:

That’s not a typo.

That’s a real headline from an actual news source. The City of Chicago’s estimate was a bit north of 5 million people (including around Wrigley and through Michigan Avenue) who took to the streets and Grant Park.

FWIW, I looked up the largest (peaceful) gatherings of people in the world and I can’t find one bigger than this in the US. However, please do not let it go unnoticed that 4.2 million people attended a Rod Stewart concert in Rio de Janeiro on DEC 31, 1994.

But if you think that this parade was the high-water mark in terms of your annoyance with the Cubs changing everything you knew about baseball… buckle your seat belt. It’s going to be a bumpy few months.

The past several days in Chicago haven’t been what most people are picturing.

Here’s a commercial that WGN produced:

I think it kind of speaks to the mood right now in the city. Fans taking a moment to think about all the time they spent talking/thinking about this exact point in time. Remembering the trials and tribulations it took to get to where they are.

Even for a cold-hearted bastard like myself, it’s been touching.

Soon this will pass. They’ll remember that there are people that aren’t Cubs fans out there. And they’re not going to be shy about reminding anyone and everyone that not only are the Cubs the current champs – they’re looking for more.

In fact, one of the biggest tests of just how hard Cardinals fans are willing to push back on this new world order is opening day 2017.

Yes, the most offical of the unoffical St. Louis holidays is going to be under attack.

Thousands of Cubs fans will descend on the city to see their team play for the first time since winning the World Series. They’re going to try and embarrass Cardinals fans by scooping up every single ticket that hits Seat Geek or StubHub.

Will Cardinals fans push back? Will they spend the money necessary to get into the game? Or will they see an opportunity to make money and cash in?

This is one out of hundreds of little indignities that are headed right into your life if you’re a Cardinals (or White Sox) fan.