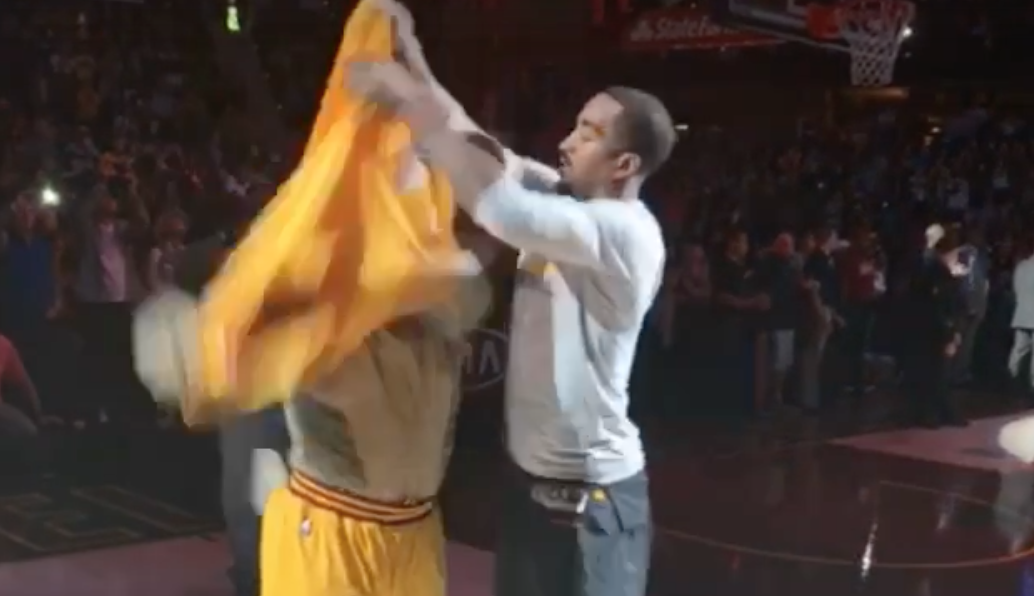 Cavaliers shooting guard J.R. Smith knows a thing or two about being shirtless, that’s for sure.

So when the team’s mascot failed to get its jersey off during player introductions on Tuesday night, Smith stepped in and ripped it off for him.

Then they hugged it out, because that’s what bros do.

The Cavs were undefeated heading into Tuesday night’s game against the Hawks, and they’re going to do whatever they need to do to keep their mojo going.