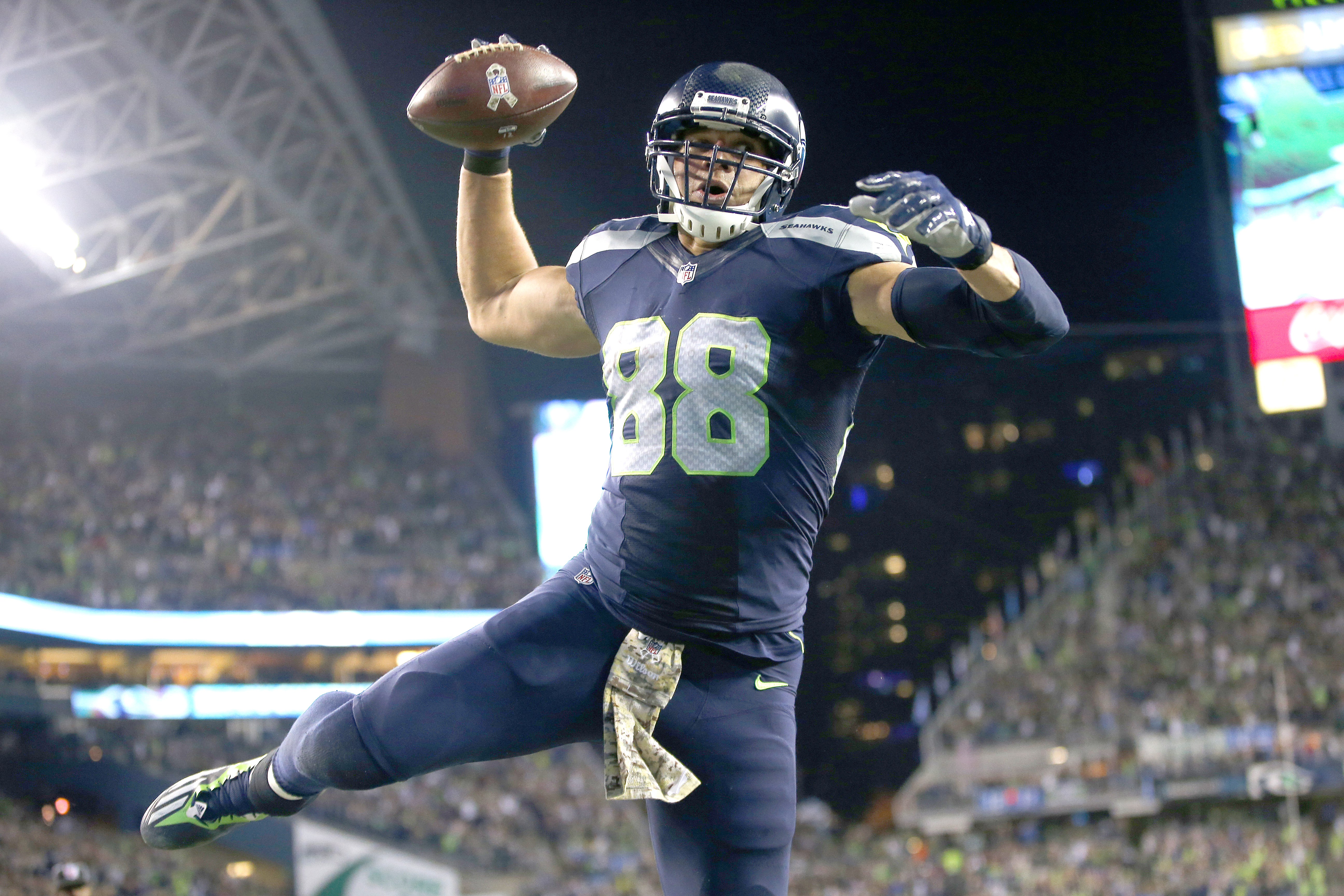 For the first time since 2013, Seahawks tight end Jimmy Graham looked like the explosive player that catches everything in his vicinity that burst onto the scene in 2011.

Graham was targeted eight times in the game, and he hauled in all eight of those passes, totaling 103 yards (2 touchdowns).

But none were as nice as the one-handed catch he made in the corner of the end zone at the beginning of the second quarter, to tie the game at 14-14.

Graham’s presence will be a huge boost heading into the playoffs, as the Seahawks had previously struggled in the red zone.