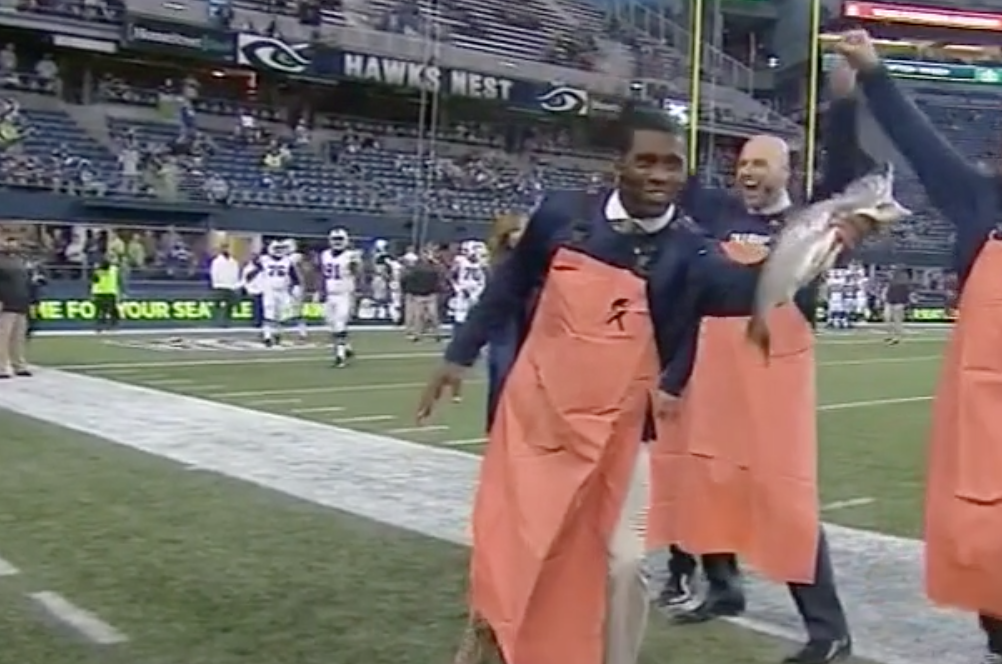 He’s just halfway through his first full year, but Randy Moss seems to be settling into his role on ESPN’s Monday Night Countdown quite nicely.

Moss showed off his great hands at CenturyLink Field, when the guys attempted to catch a fresh piece of salmon as if they were at Pike Place Market.

Charles Woodson failed to make the one-handed grab, but Moss was up to the task.

He’s still got it.