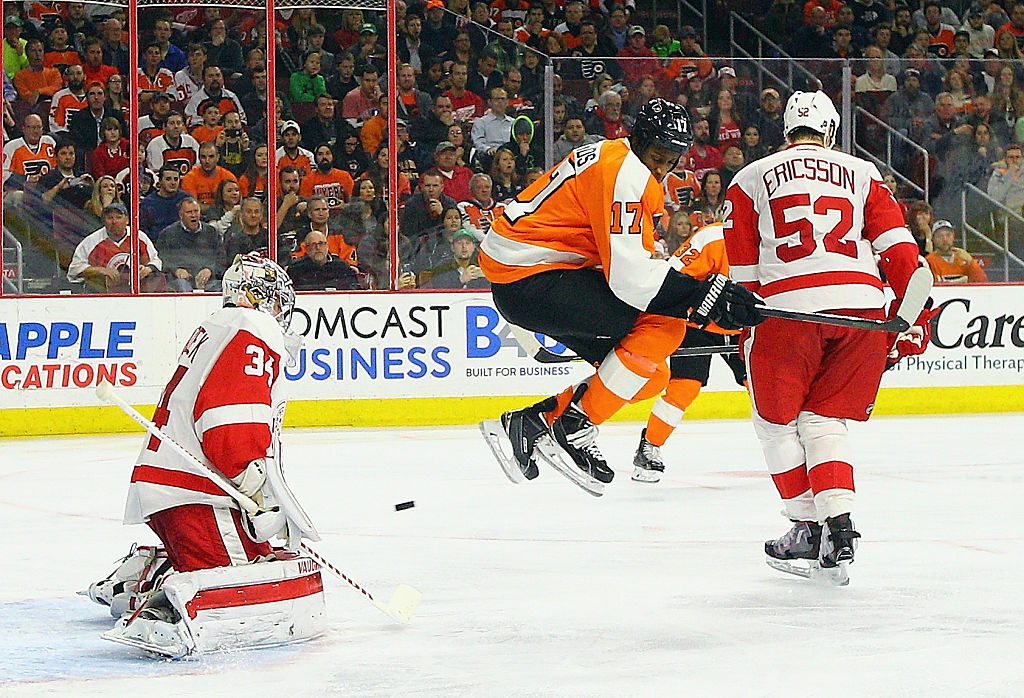 Perhaps this is why.

Wayne Simmonds, in the second period of the Flyers-Red Wings game, delivered a devastating left-handed jab on Jonathan Ericsson for the one-punch knockout.

During the intermission, Simmonds said the following:

Simmonds is two inches and nearly 40 pounds lighter than the defenseman.