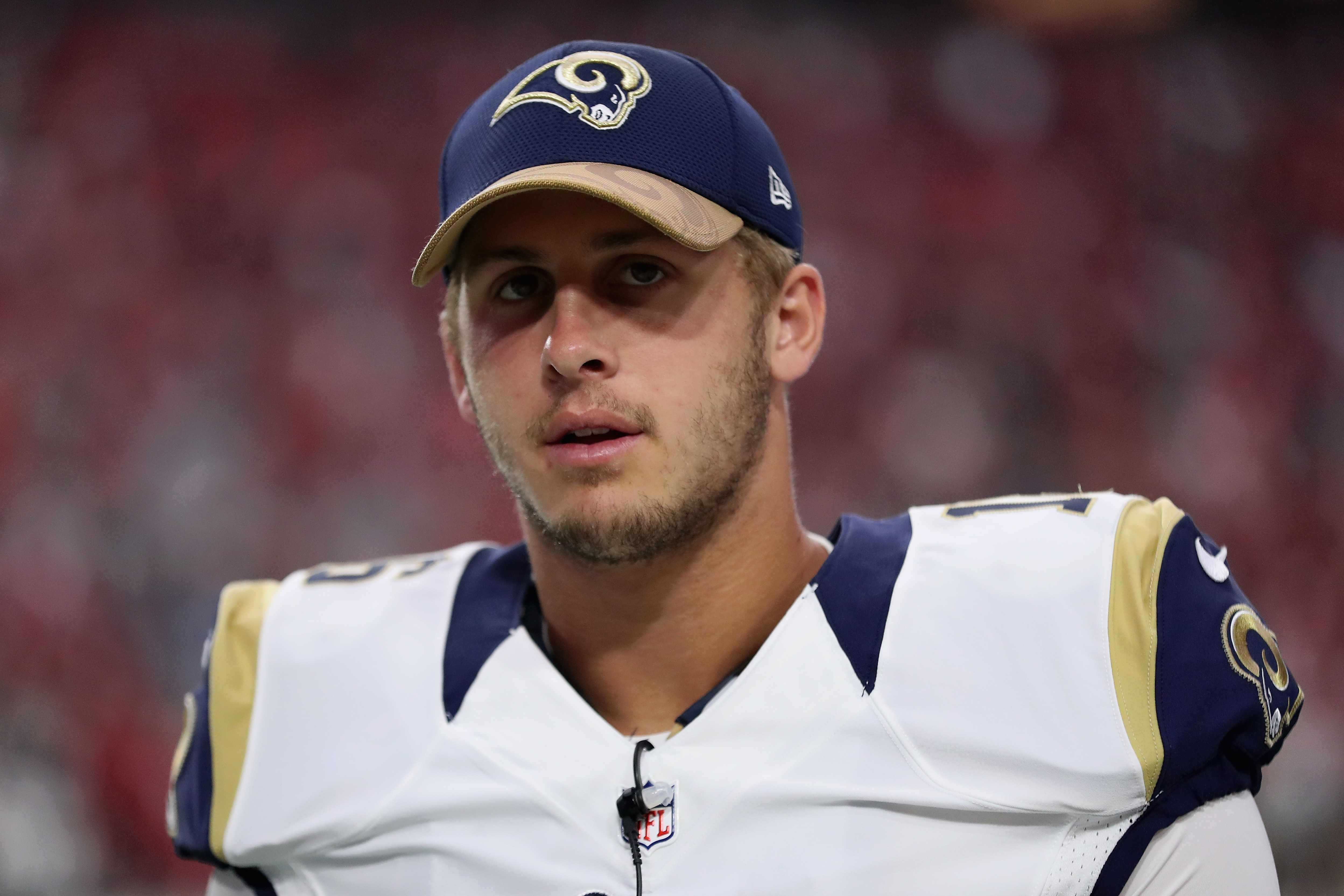 Many have wondered why the Los Angeles Rams don’t go ahead and trot out No. 1 overall pick Jared Goff.

The former star wideout appeared on The Herd and had some strong thoughts about the situation:

It’s an interesting perspective. The 3-5 Rams continue to roll with Case Keenum, a guy with nine touchdowns to 11 interceptions. One could argue the season is lost and getting Goff as much experience as possible would be a good move for the future.

But this also goes in the other direction. The Rams simply might not want to throw such a prized possession behind an offensive line that has coughed up 20 sacks and only helped the offense rush for 3.2 yards per carry. It’s not doing Goff or the Rams any long-term good if he gets killed while trying to learn.

Maybe Goff simply isn’t ready. Maybe the Rams want to protect him. Either way, fans might go without knowing the real reason until he eventually takes to the field.