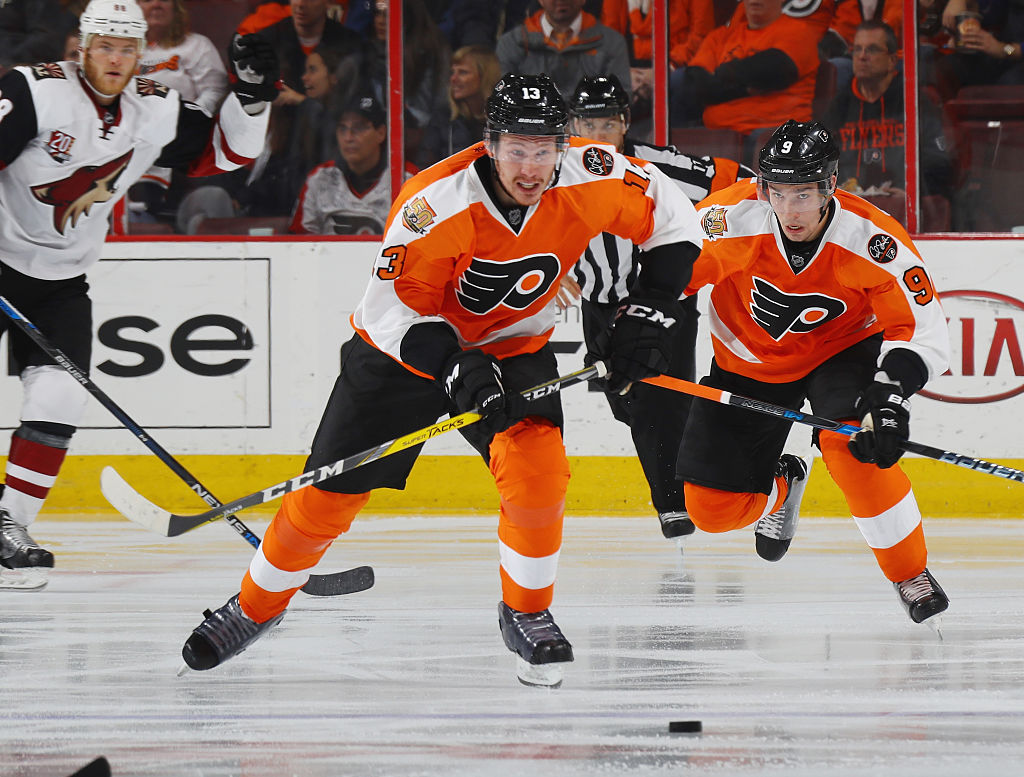 On a day in which the Flyers held an optional practice, there wasn’t a way of drawing any conclusions as to why some guys weren’t on the ice because, quite simply, almost the whole team took the day off.

Yet two of those guys not seen were Roman Lyubimov and Scott Laughton – perhaps a bit alarming since neither are locked into a position and in Laughton’s case, he could use all the reps possible coming back from injury – had a reason for being no-shows.

The team loaned the pair to Lehigh Valley on Wednesday.

This comes as a surprise for a few reasons.

With this move, head coach Dave Hakstol won’t have the luxury of an extra forward in the lineup for the upcoming back-to-back with a road game in Toronto on Friday followed by a home game with Minnesota. With two games separated by less than 24 hours, often times coaches will plug a guy or two into the lineup that didn’t play the first night just to get some fresh legs out there.

Second, Lyubimov – from all observations – seemed to be gaining support within the organization. Both Hakstol, along with his teammates, signaled the Russian’s quick learning and tenacity on the ice as strong suits for the forward.

Of course, these moves could be temporarily – well, one of them – because when Andrew MacDonald comes off of the IR soon, the team could choose to send him through waivers rather than keeping eight defensemen, and bring up Laughton or Lyubimov in a corresponding move.

If there’s one thing to be learned from this, there’s no such thing as a boring off day with a team that has mixed and matched lines all season because of injuries, suspensions and everything in between.