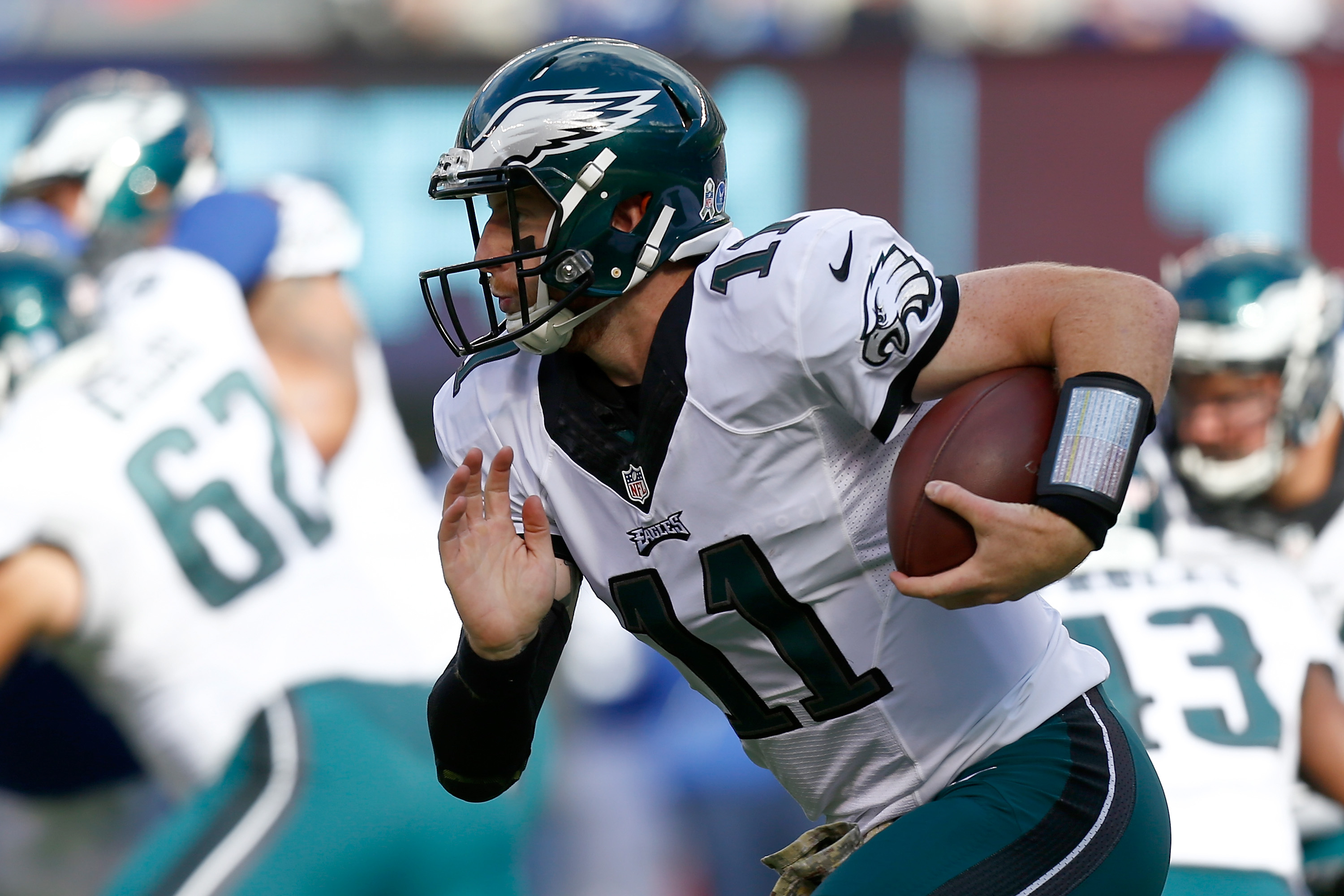 The website Football Outsiders has lived up to its name this week by thinking outside the box and ranking the 4-4 Eagles as the best team in the NFL according to one metric.

Despite being in last place in the NFC East, the Eagles are No. 1 in Football Outsiders’ DVOA ratings, or Defense-adjusted Value Over Average.

The “ultra-short” explanation of DVOA on the Football Outsiders site says “DVOA measures a team’s efficiency by comparing success on every single play to a league average based on situation and opponent.”

The Cowboys and Patriots both are 7-1, but Aaron Schatz writes that there are no great teams in the NFL this season. One of the reasons the Eagles are ranked No. 1 is the fact that all their wins have come by double digits and all their losses have come by single digits against teams with winning records. The Eagles also were No. 1 in DVOA last week and remain ahead of the Cowboys (second) and Patriots (fifth). Their point differential of 57 is third behind the Patriots (85) and Cowboys (83).

The Seahawks (5-2-1) rank third and the Falcons (6-3) rank fourth in DVOA. The bottom of the rankings also is interesting. The Jets (3-6) rank last behind the winless Browns, who they have beaten, and the Texans (5-3) rank 30th.

The Eagles have a brutal schedule the rest of the way. The Bengals are the only team they face with a losing record. It will be a challenge for them to maintain their No. 1 DVOA ranking, and more importantly to improve their place in the NFL standings.