Sixers Fall in Overtime to Pacers 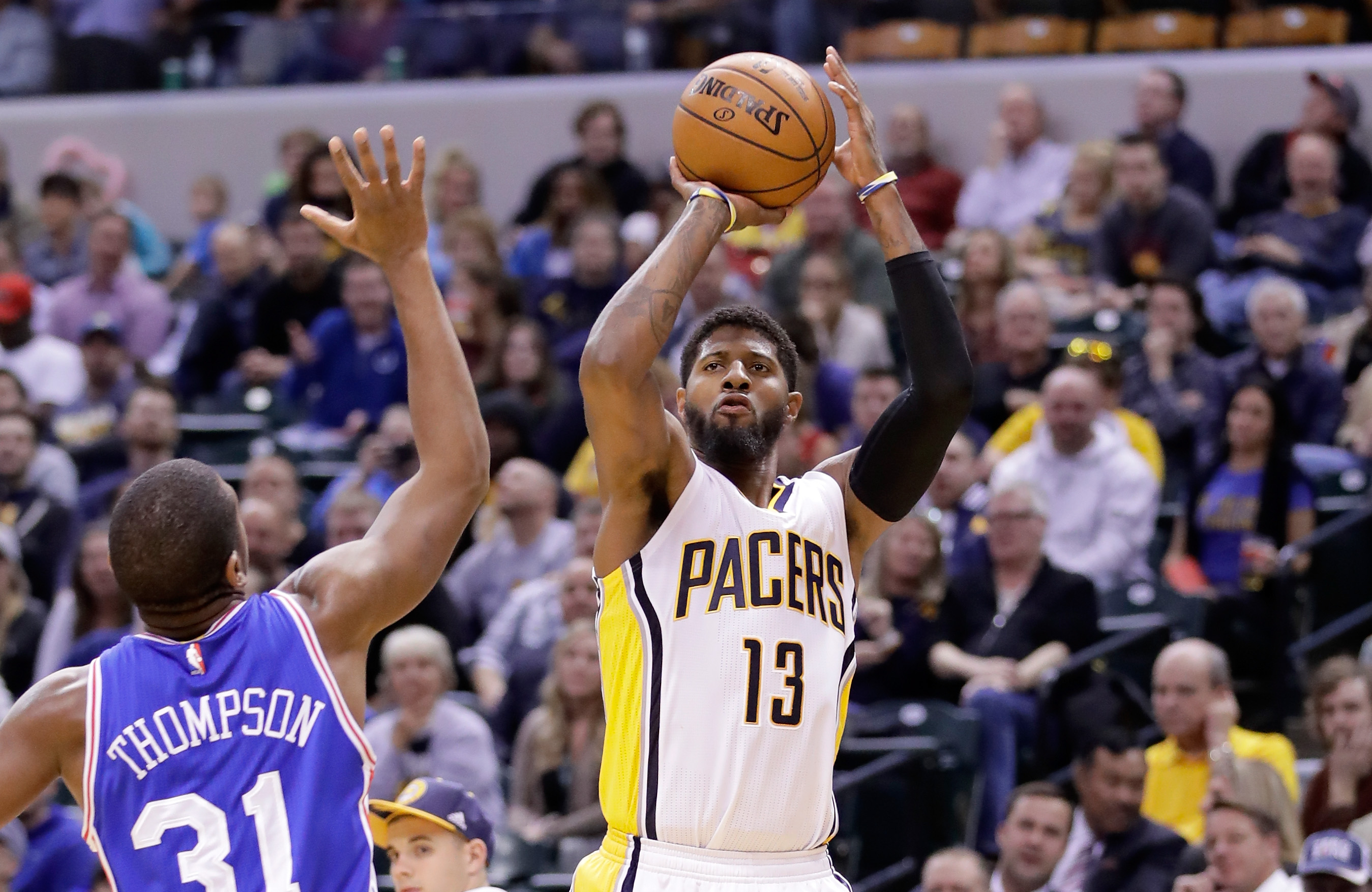 Sixers Fall in Overtime to Pacers

After Wednesday night, you can cross overtime defeat off your Sixers tough loss Bingo sheet. For a few minutes there, it looked like the team would provide a much-needed lift to the city of Philadelphia and grab its first win of the season. An 18-4 run late in the fourth quarter, capped by a Dario Saric triple, gave Philadelphia a 6-point lead. Naturally, that advantage quickly evaporated, but the goat (not GOAT) against Cleveland, Gerald Henderson, had a real-life web redemption and drained a three with 6 seconds left to put the Sixers up by 2.

Unfortunately, with Joel Embiid not making the trip to Indiana due to “load management”, the only guy on the court with superstar-caliber talent was Paul George, who answered back with a jumper to force overtime. George was a force in the extra frame, scoring 7 of his 28 points after regulation. He and Jeff Teague (game-high 30 points, 9 assists) gave the Sixers all kinds of trouble without Embiid in there to provide rim protection.

Although the Sixers missed Embiid on the defensive end, they actually had their best offensive game of the season. Robert Covington cemented the fact that his slump is over, dropping a game-high 23 points on 5-9 shooting from three. Henderson added 17 points, and Hollis Thompson played an excellent all-around game off the bench with 19 points, 6 rebounds, and 3 assists. Thompson dropped 10 points in the 4th quarter alone to help the Sixers retake the lead; I found it a little strange that Brett Brown did not go back to him for the last two minutes or overtime.

Dario Saric admirably filled the rookie lottery pick vacuum on the evening, recording his first career double-double with 14 points (2-2 3PT), 12 rebounds, 3 assists, and 2 blocks. Saric certainly didn’t shrink from the pressure, knocking down a handful of big shots late, including that three I mentioned earlier.

Dario Saric with the clutch three in the fourth. https://t.co/9PGbAAUIkT

Meanwhile, getting the start for Embiid, Jahlil Okafor had 15 points on a solid 7-11 night from the field. Unfortunately, one of those 4 misses was a contested jumper along the baseline on the final possession of regulation that could have won the game. Given his defensive deficiencies, Okafor needs to have productive nights like this one to not be a net-negative player on the court.

Really though, the guy wearing the goat horns for the Sixers was Sergio Rodriguez, whose shot completely abandoned him in a 1-14 performance, including 0-7 from three. El Chacho airballed a lay-up and a shot from behind the arc, missing in every other possible way from everywhere in between. Even more than most nights, this was an occasion where the Sixers really missed having Ben Simmons available. Brett Brown doesn’t have anyone other than Rodriguez who can create shots for others, but he was killing them with his horrendous shooting against the Pacers.

The Sixers will be right back in action Friday night against these very same Indiana Pacers. Back in Philadelphia, they’ll get a nice boost with Joel Embiid’s return to the lineup. Something tells me that roster adjustment just might make a difference.