Spencer Ware passes concussion test and is cleared to practice 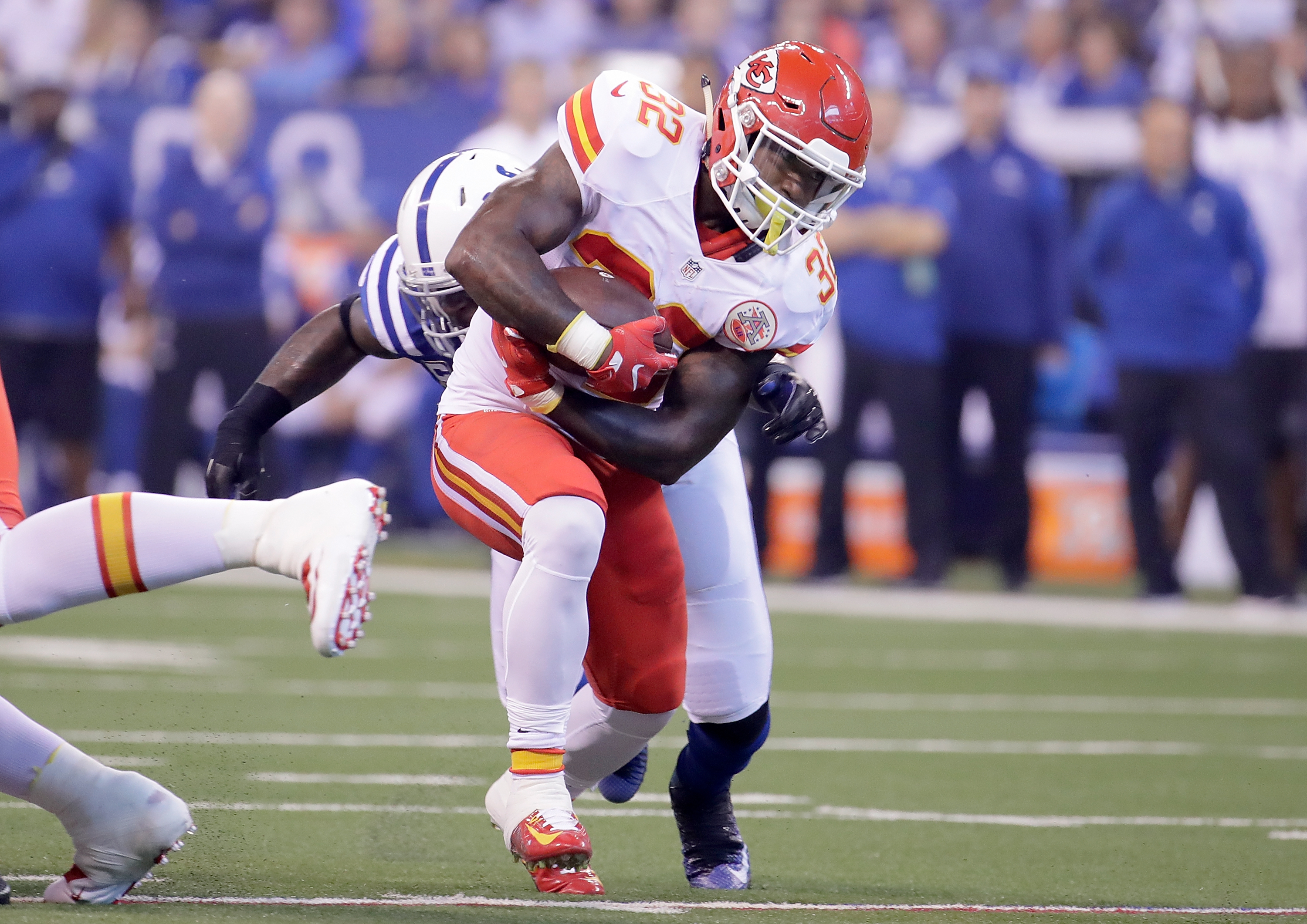 Spencer Ware passes concussion test and is cleared to practice

Kansas City Chiefs running back Spencer Ware passed the NFL’s concussion protocol and was cleared to practice Wednesday, according to The Kansas City Star’s Terez A. Paylor.

Ware suffered the concussion in a 30-14 victory over the Indianapolis Colts in Week 8. He missed last week’s game against the Jacksonville Jaguars. Charcandrick West took his place, rushing for 52 yards on 14 carries in a 19-14 win to extend Kansas City’s winning streak to four games.

With Jamaal Charles injured for most of this season, Ware has been the team’s leading rusher with 511 yards and two touchdowns on 102 carries.

The Chiefs travel to visit the Carolina Panthers on Sunday, and it could be a big boost to have Ware available. The third-ranked Panthers rush defense is holding opponents to 77.5 rushing yards per game.