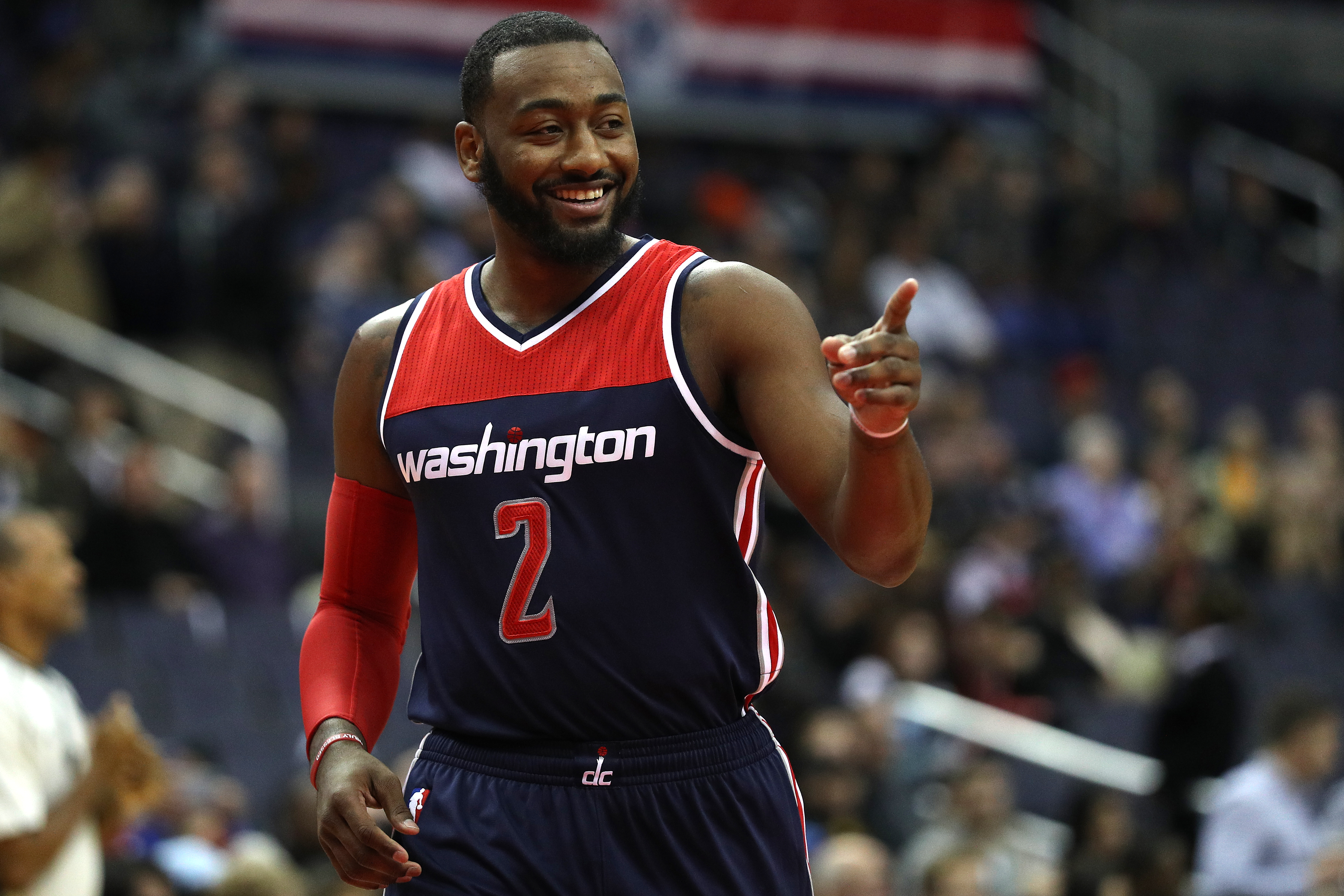 John Wall usually plays a clean game and keeps his cool on the court, but that wasn’t the case during Wednesday night’s game against the Celtics.

It’s unclear whether he has a history with Marcus Smart, something happened during the game or he was just a bit frustrated at the time, but Wall put a cheap shot on his counterpart that earned him an ejection.

The play in question happened midway through the fourth quarter of the game, when Wall and a defender trapped Smart. But rather than forcing a turnover, Wall threw Smart to the ground.

John "Meet me in the back" Wall pic.twitter.com/KKIBDDdUXn

That earned him a flagrant 2, and surprisingly, it’s the second time in a row he’s been asked to exit a game early for questionable conduct on the court.