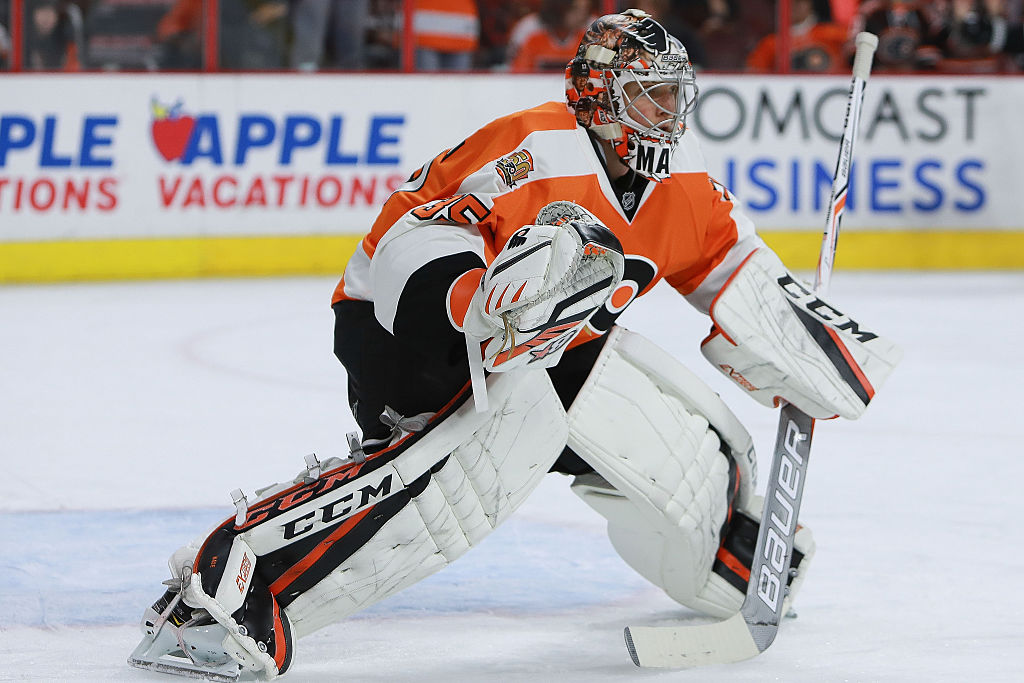 Some people thrive under pressure, while others succumb to stress and fall off of their game.

To say that it has been a pressure-filled couple of months for Steve Mason is an understatement. He backstopped the Flyers to an unlikely playoff appearance in the stretch run of last season, became a father a few months back, and is currently trying to earn a new contract.

Most men would crumble under all of the pressure that Mason is experiencing, but Mason is used to playing under pressure. He has endured a bit of an up-and-down season by his standards so far, but when he was given a chance on Tuesday to take over the Flyers’ starting goalie gig, Mason responded with a typically gutsy effort.

He is expected to get the start on Friday in Toronto.

Despite losing the Detroit contest 3-2 in a shootout, Mason had arguably his finest performance of the 2016-17 campaign. Mason stopped 33 of 35 Red Wing shots and was named the third star of the game for his efforts. After the game, Mason talked about getting back in the swing of things after earning his first start in four games.

“It was nice to get back out there,” said Mason. “Not playing gets me off my mental game… [but] you can’t let that sidetrack you. … I felt on top of things.”

After poor performances against the Arizona Coyotes and Pittsburgh Penguins at home, coach Dave Hakstol elected to give Mason a mental break, while allowing Michal Neuvirth the chance to steal the starter’s spot at the same time. When Neuvirth faltered though, Mason was more than eager to get back between the pipes.

“When you’re playing every night, things just continue on and when you’re sitting out it’s kind of tough to pick up,” Mason said.

Most goalies are creatures of habit, and Mason is no different. He was happy to receive the start, as well as a constant barrage of Detroit shots.

“You’re just begging for shots, you want to feel it, you want to get into the rhythm of things and tonight there was enough shots.”

Mason’s performance did not go unnoticed by his peers. Claude Giroux and Wayne Simmonds voiced their approval of Mason’s strong start, and Hakstol even said that Mason was “a big reason why we got the point tonight.”

Hakstol has made it clear that he will ride the hot hand in goal; it is up to the performance of the goalies to determine who starts any given night. Thus, Mason will likely be the man between the pipes when the Flyers take on the young Toronto Maple Leafs on Friday night.

Still, Mason reassured that he thinks of himself as the clear-cut starter in Philadelphia.

“I want to be the guy here night in and night out. You just have to keep putting the work in and we’ll see what happens.”

Mason has been a lot of things over his NHL career, but one thing he has always been is a hard worker. Every goalie goes through rough patches from time to time, but only the best of the best are able to work through adversity and emerge a better player.