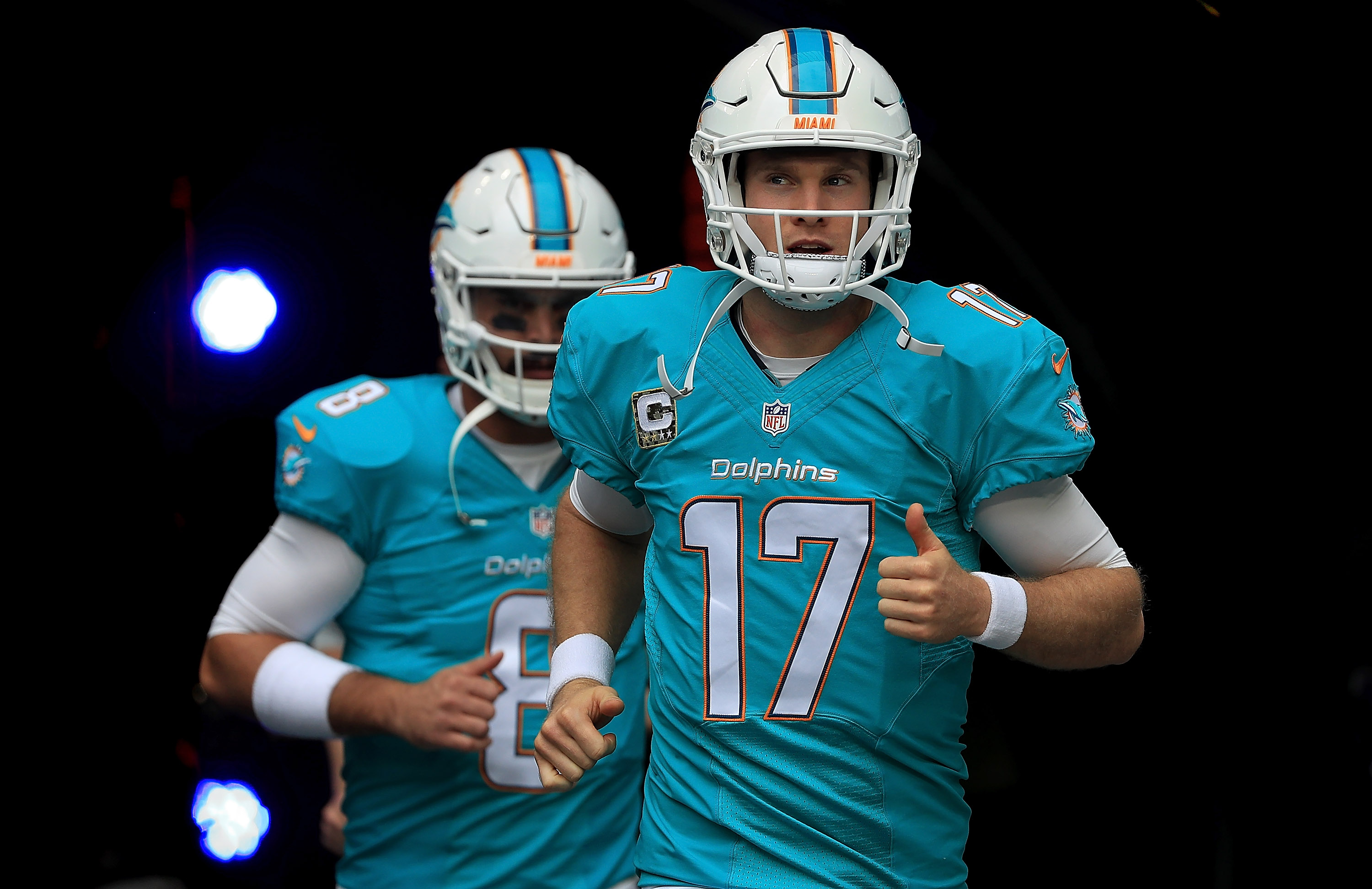 There is little debate for room on the subject. For his career, Tannehill has a 62.2 completion percentage with 95 touchdowns and 61 interceptions while averaging 6.97 yards per completion. He doesn’t necessarily lose games, but he doesn’t win them either.

No quarterback should be offended. It should be a compliment, but it kind of has this derogatory term of making you a non-playmaker [and] you just manage the game. Absolutely not. … I think game manager for a quarterback falls in that one that has this negative connotation, but not inside the coaching rooms it doesn’t. Not at all.

This is incredibly interesting. Christensen is right—there’s nothing wrong with being a game manager. But being one relies on the rest of the team around the quarterback excelling.

The rule explains the positive vibes around Tannehill right now. Miami has won three games in a row while running back Jay Ajayi has rushed for 204, 214 and 111 yards and four total scores. But rewind—Tannehill was the subject of much scrutiny while the Dolphins lost four of their first five, the only win coming against Cleveland, while he threw for six touchdowns and seven interceptions.

So yes, there is nothing wrong with Tannehill being a game manager. But if Ajayi cools off and the Dolphins start losing again, there might be. It’s only right for a guy banking $96 million through 2020.