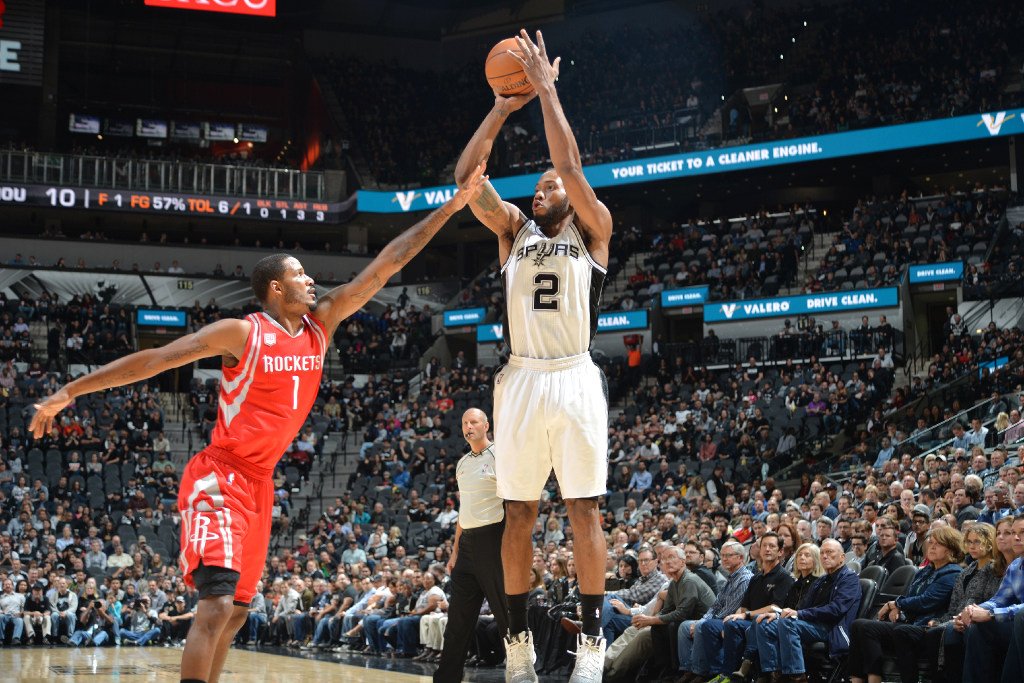 The San Antonio Spurs are working on being a better defensive team at home after their second straight loss at the AT&T Center on Saturday. Unfortunately, it was still a work in progress against their in-state rivals three days later.

Kawhi Leonard scored a game-high 34 points, but the Spurs fell 101-99 at the AT&T Center on Wednesday for their third straight home loss and second straight overall.

LaMarcus Aldridge added 14 points on 5-of-15 shooting and David Lee chipped in 10 off the bench for San Antonio, who were without Tony Parker who missed the game with a sore knee.

With the Spurs down two, Leonard had a chance to tie late. Leonard’s layup fell short and Aldridge’s tip-in attempt as time expired was just off.

”It was a good play called,” Leonard said. ”I got to the paint, got a shot off, just didn’t fall. (Aldridge) had a good chance, it just fell short, but we’ll take that again.”

San Antonio has lost three straight at home for the first time since December 2014 and Spurs coach Gregg Popovich says defense is why.

The Rockets were led by James Harden’s 24 points, 15 assists and 12 rebounds. Ryan Anderson added 20, including going 4-of-6 from three-point land. Eric Gordon added 15 for Houston (5-3).

”It was important for us,” Harden said. ”The only way we’re going to get to where we want to go is on the defensive end. The game wasn’t pretty at all, but defensively we got stops.”

Tony gets closer: Tony Parker is nearing his return from injury, likely to play this weekend.

Up next: The Spurs are now 5-3 on the season and will return to the court on Friday when they welcome Andre Drummond and the Detroit Pistons to the AT&T Center at 7:30 p.m.