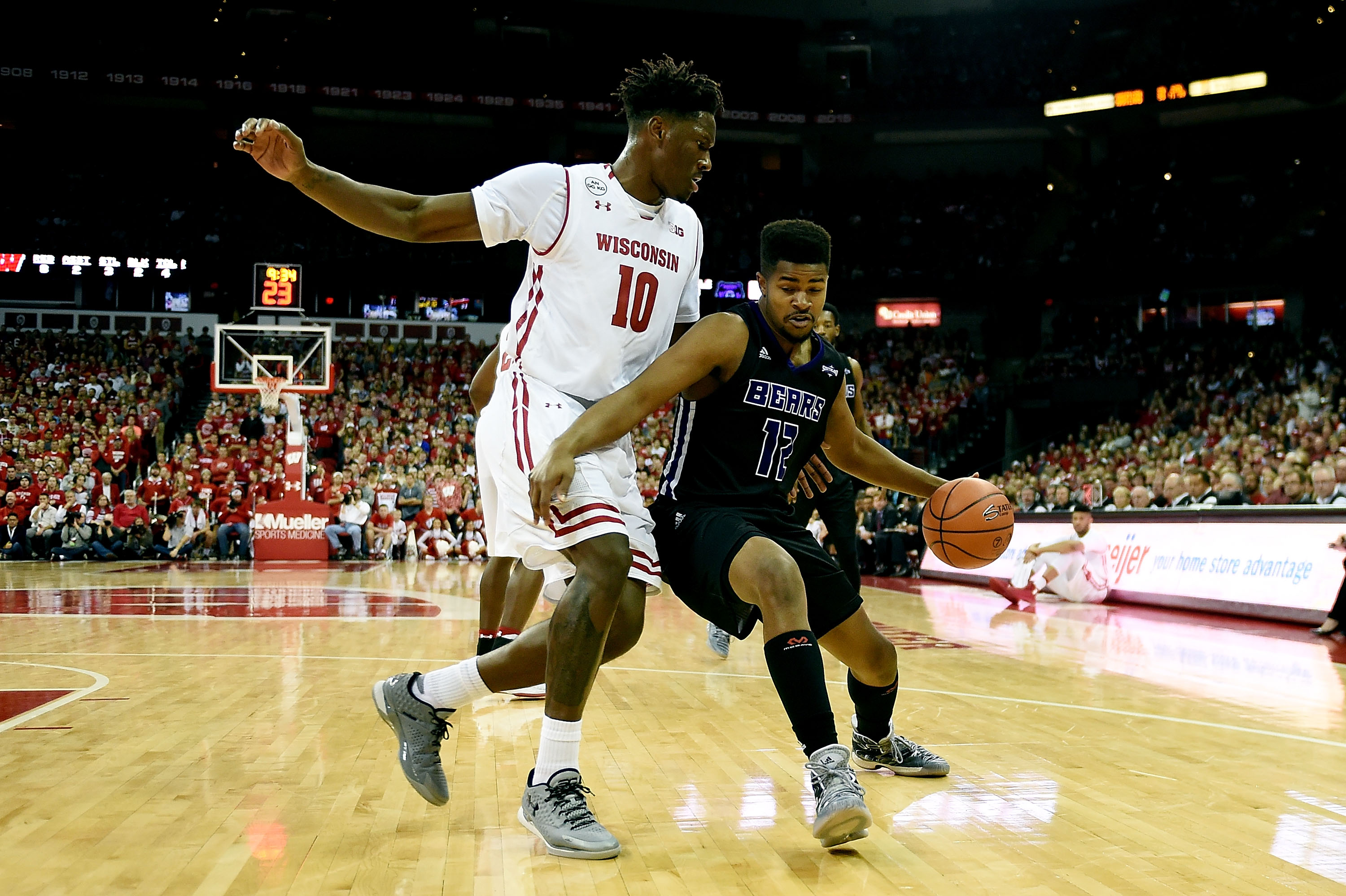 Last time the Badgers opened a season it was stunned by Western Illinois. The 2016-17 team wasn’t about to relive that painful memory and it made sure to take care of business this time around, beating Central Arkansas 79-47.

Seniors Nigel Hayes and Bronson Koenig led the Badgers to victory, as Koenig led all players with 16 point and Hayes added 14 to the winning effort. Fellow senior Zack Showalter snuck in to double digits with 10 points of his own.

The real story was Wisconsin’s defense, which held Central Arkansas to just 28 percent shooting on the night (15 of 53) and dominated the glass (45-29). Central Arkansas’ leading scorer from last season, Jordan Howard, was held to just 10 points and just 2 of 11 shooting from the field.

As Central Arkansas went to the zone early on, Wisconsin attempted to shoot its way out from around the perimeter. It didn’t totally work, but it worked enough as the Badgers came away victorious.

Wisconsin shot just 11 of 29 (38 percent) from beyond the arc, but got shots to fall at critical times and got very hot after some very cold shooting to start the game.

Since starting out 1 of 10 from 3-point range, UW has made 10 of its last 18. Four players have at least two, and Koenig has four.

The Badgers went on an 11-0 run over the next nearly four minutes and pushed their lead to 30-17 as the first half wound down.

Wisconsin took a 34-22 lead in to halftime, much of it powered by its defense. Central Arkansas was held to 28 percent from the floor, while turning the ball over eight times and simply unable to find the bottom of the basket for much of the half.

#Badgers held Central Arkansas to just one field goal in the final 7:12 of the first half.

The Badgers got 10 players on the scoresheet in the win, as UW went deep on its bench and had all 15 players see minutes in the win. It was able to do that in large part to a huge run early in the second half that put the game out of reach quickly.

After Derreck Brooks hit a three-pointer to open the Bears’ scoring in the second half and make it 37-25 Wisconsin leading, the Badgers answered right back with an 11-0 run of its own.

Wisconsin will next take on Creighton in Omaha, Neb. on Tuesday night. Tip is scheduled for 7:30pm as part of the annual Gavitt Games pitting the Big East and Big Ten against each other.

The hallmark of Wisconsin Badgers basketball for the better part of two decades as been to build off its defensive effort. That was certainly on display against Central Arkansas on Friday night, as there were prolonged scoring droughts all over the place and a lot of challenging moments for the Bears overall.

Wisconsin not only held the Bears without a field goal for the better part of the final eight minutes of the first half, it forced them in to shooting just 38 percent as a team on the night. There were also 12 turnovers and 15 points off said turnovers. Oh, and don’t forget about the six blocks or the 15 second chance points scored by the Badgers too.

No doubt that the Bears were overmatched and had a massive size disadvantage in this game, but it was good to see UW find its defense being the catalyst for most of the good things that happened on the night. It will need that in the future or it could be some interesting basketball to come.

D’Mitrick Trice has had a lot of people intrigued as the heir-apparent at point guard. It was hard to imagine a debut going any better than what Trice’s did. He finished the game with eight points, going 2 for 2 from deep and hitting a pair of free throws.

Trice is going to have to slow down some mentally, but it is clear that will come with time. Physically he is ready and he certainly is fearless as well. Wisconsin not having to turn to Jordan Hill to run the point is a good thing, and Trice’s future appears very bright in the Cardinal and White.

It was largely thought that Nigel Hayes’ issues from beyond the arc last season were due to a change in his shooting form. That may well have been the case, but the bad news in an otherwise good game for the Badgers was that Hayes continues to search for answers from deep…at least early on.

It was brick after brick after brick from Hayes in the first half, who shot just 0 of 3 from deep in the half. Hayes did find the bottom of the net from deep twice in the second half, but he’s got to find a happy medium in shots from deep and other offensive moves. Perhaps it would be wise for Hayes to concentrate on being the man who drives, dishes or finishes at the rim instead of being the face-up shooter from deep? After all, the rest of the team went 9 of 23 (39.1 percent) from deep — plenty good enough.

Let’s try less Hayes and more of everyone else from deep please?