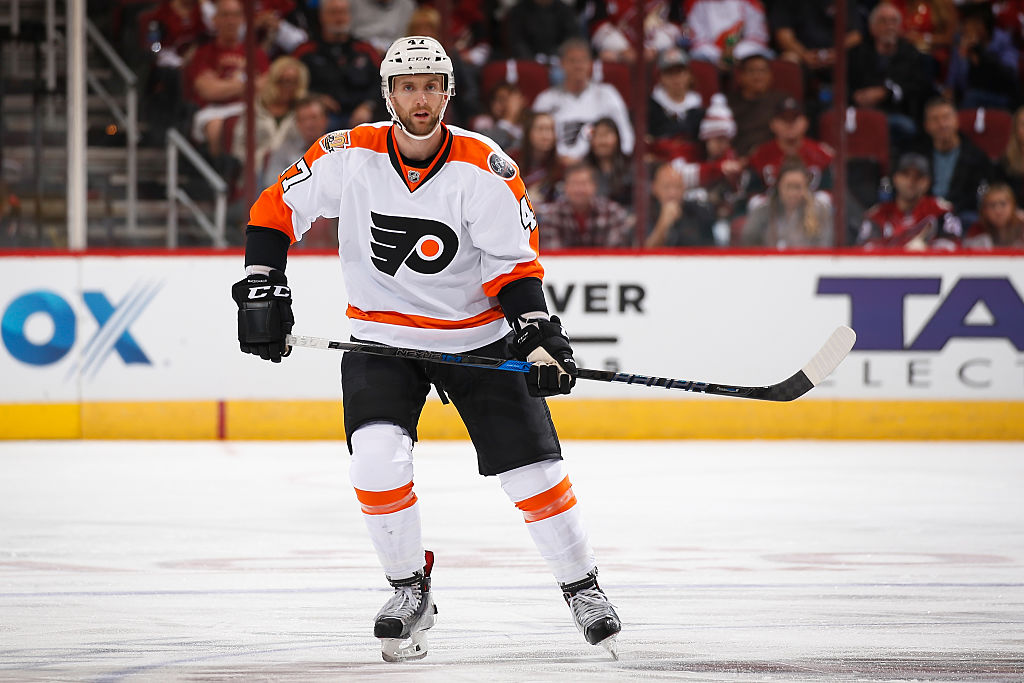 The Flyers are north of the border (no, not fleeing the country) for their game with Toronto.

While up there, the team provided some insight into what will happen with Andrew MacDonald, who is currently on the IR.

Sam Carchidi of The Philadelphia Inquirer was the first to learn that MacDonald will begin skating on Monday and that the plan isn’t to send him down to the minor leagues when he is healthy, according to general manager Ron Hextall.

Would the team really want to keep two extra blueliners as opposed to carrying another forward?

Seeing how much has changed with the bottom six all season, it would make sense to carry another forward as the competition for spots is far from locked in.

MacDonald has three points – only ahead of Del Zotto who has played eight fewer games – and one goal to show. He’s a minus-two and has made more costly turnovers than one would like to have. There was a noticeable improvement when he was called up from Lehigh Valley late last season; perhaps another assignment, even if brief, would be beneficial.

That, though, doesn’t appear to be in the Flyers plans.