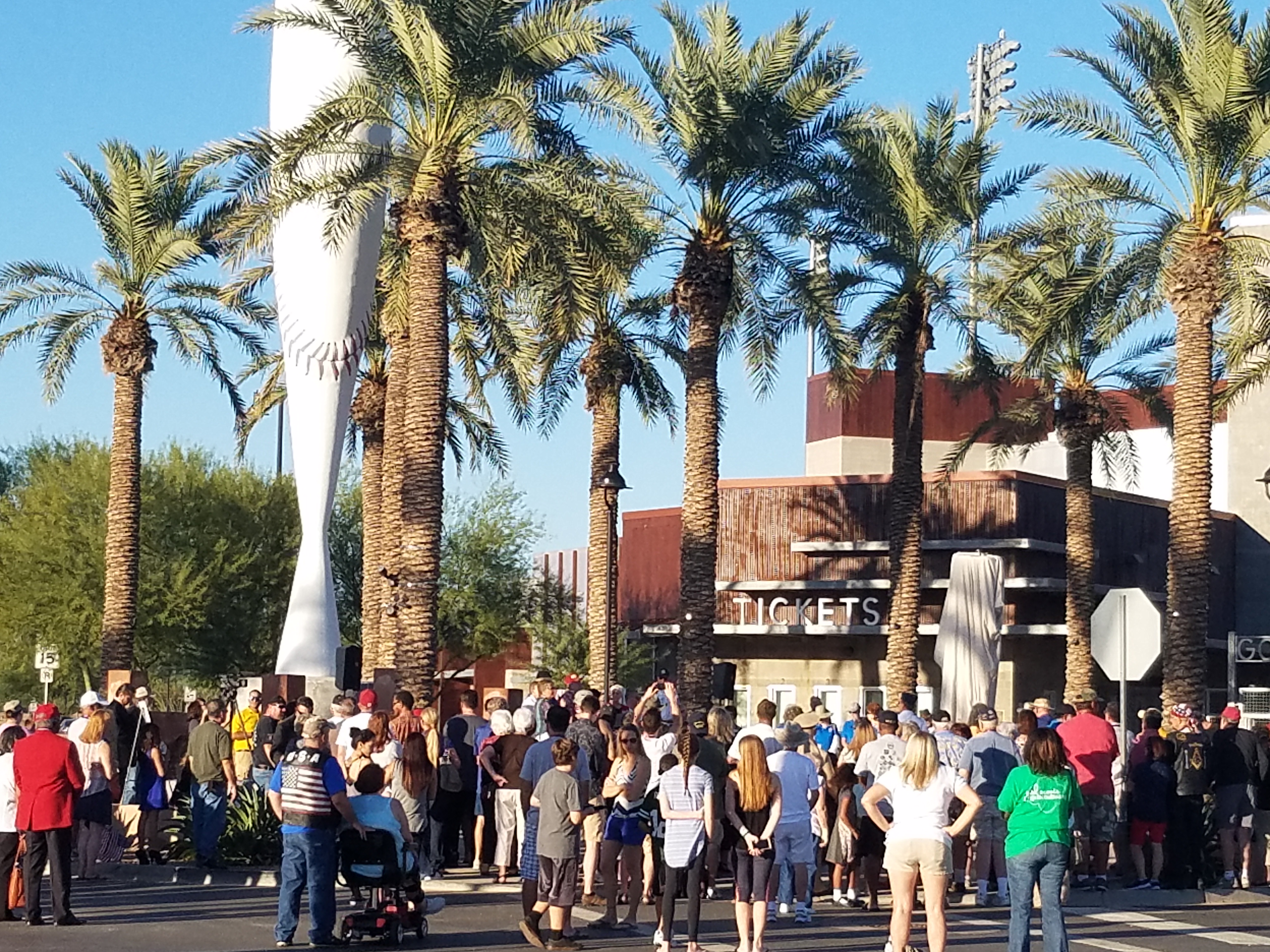 While it might not be the big addition Indians fans are looking for on the second day of free agency, there was one piece added that will be in Goodyear when pitchers and catchers report next February. Right next to the Ziz, the City of Goodyear has added a new statue recognizing the efforts of our country’s veterans.

Commissioned by the WHAM Art Association (What’s Happen’n Art Movement), the art work was created by created by veterans for veterans as part of the Veteran Art program. Entitled “Brotherhood,” the statue features two hands grasping each other with one pulling up. As Goodyear Mayor, Georgia Lord, inferred at the unveiling, like one soldier reaching down to pull another out of a fox hole.

Around the base are  the insignia of every military branch and a plaque that states:

In Honor of Veterans and their families whose loyalty, service, and sacrifice during times of war and peace define the character of this great nation.

Baseball and war have long been intertwined, especially in Cleveland where some of the Indians greatest players were veterans, including Hall of Famers Bob Feller, Bob Lemon and Larry Doby. The city of Goodyear also has a strong military presence with the Luke Air Force Base just a few miles to the North in Litchfield Park. It seems fitting that this statue knows sits next to the Ziz, a statue of a baseball extended to 60′ 6″ outside of the home plate entrance of Goodyear Ballpark.