James and Irving shine for Cavs in win over Wizards 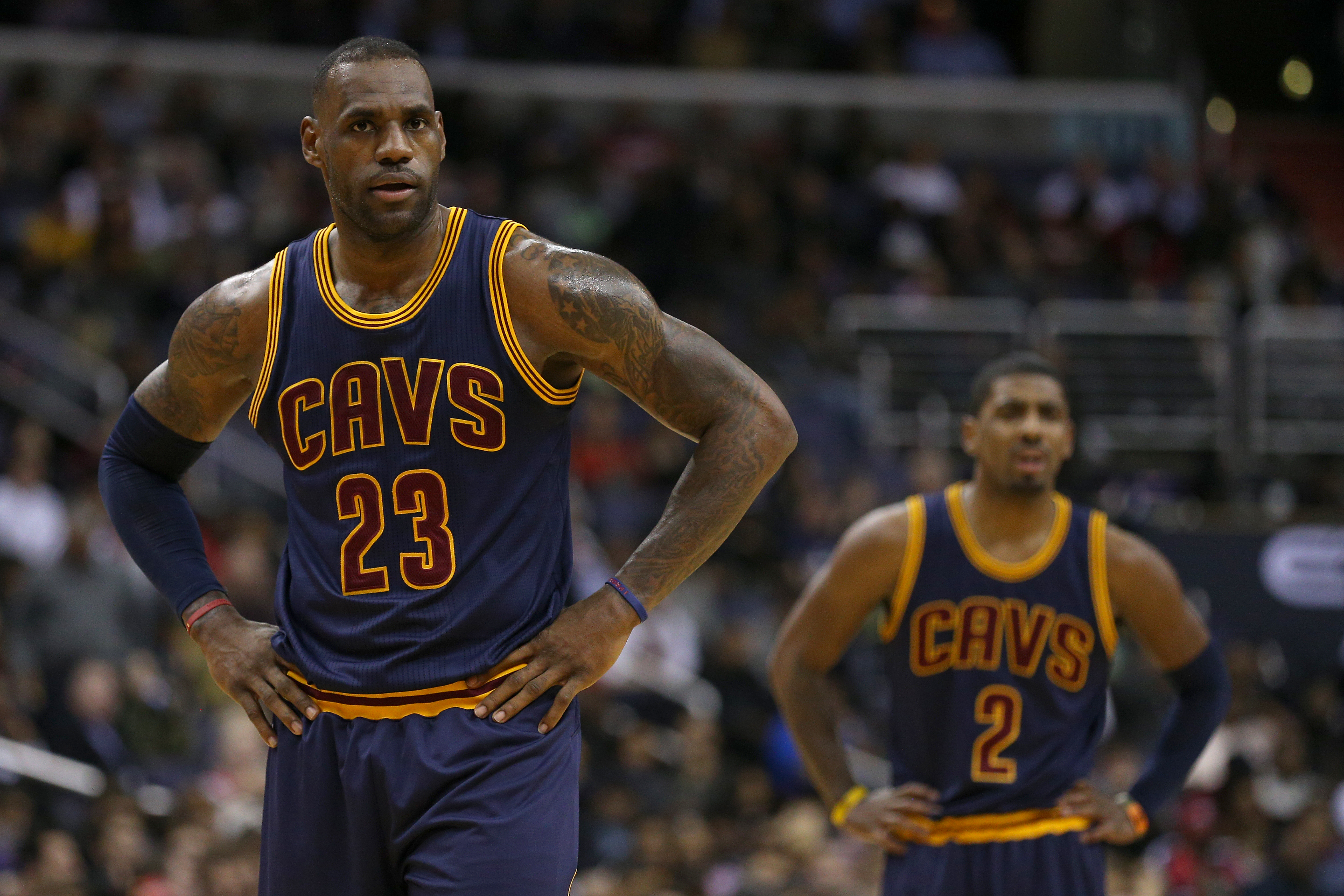 James and Irving shine for Cavs in win over Wizards

The Cavaliers had a pretty fun couple of days in our nation’s capital. After fraternizing with President Obama at the White House on Thursday afternoon, the Cavs invaded the Verizon Center on Friday night and beat the Wizards 105-94. Kyrie Irving carried the scoring load for the Cavs, scoring 29 points while dishing out 6 assists. LeBron James and Kevin Lover weren’t bad, either: James added 27 points, 10 rebounds, and 5 assists, while Love pitched in 14 points and 16 rebounds.

The game started pretty sloppily for the Cavs, especially on the defensive end. Early on, the Cavaliers were stagnant offensively and just plain bad defensively. The Wizards shot 62% in the first quarter, but turned up the intensity throughout the rest of the game. In all, the Cavaliers gave up 31 points in the first quarter but only 5 the rest of the game. The true highlight of the first quarter was a LeBron James three that made him the youngest player to reach the 27,000-point milestone, surpassing Kobe Bryant who previously held the record.

One of the reasons for the turnaround was the Cavalier’s ability to shut down Wizards point guard John Wall in the second half. After scoring 23 points in the first half, Wall was held to XX points the rest of the game. Much of this was due to the defense of Iman Shumpert, who was superb in defending Wall and continued to show his importance for this Cavalier team.

The game got a bit chippy in the third quarter. With the Cavaliers leading 67-62, Wizards guard Marcus Thornton clearly pushed off on JR Smith on an inbounds play. Thornton drove toward the basket, and Smith returned the favor by checking Thornton, picking up a questionable flagrant foul in the process. Smith, however, delivered a transition three-pointer on the other end that pushed the Cavaliers’ lead to six. It was one of Smith’s 5 three-pointers on the night. From that point, Smith in the Cavaliers maintained the energy and beat the Wizards going away.

The Cavaliers once again re-affirmed that when they play defense–and use it to fuel their offense–they are very good. When they play lackadaisical defense, they are pretty decent.

Friday’s win was a pretty good example of the Cavaliers using their immense talent to get by the Wizards, who were also without starting two-guard Bradley Beal. Having two of the NBA’s best fifteen players certainly allows for a decent margin of error, but that margin will shrink when the Cavaliers face tougher opponents. The Cavs will be just fine when they deliver a truly focused effort.

A major point of concern for the Cavaliers continues to be their bench. Of the Cavs’ 105 points on Friday, 89 were scored by members of the starting lineup. The Cavalier bench only shot 6-for-19 from the field on their way to 16 combined points. Part of what hampers the Cavaliers’ second-team is the absence of a true backup point guard. This is definitely something to keep an eye on moving forward.

The Cavaliers return to action on Sunday when they face the 6-2 Charlotte Hornets at the Q with tipoff set for 3:30 PM.