Ryan Miller makes save of the year so far (VIDEO) 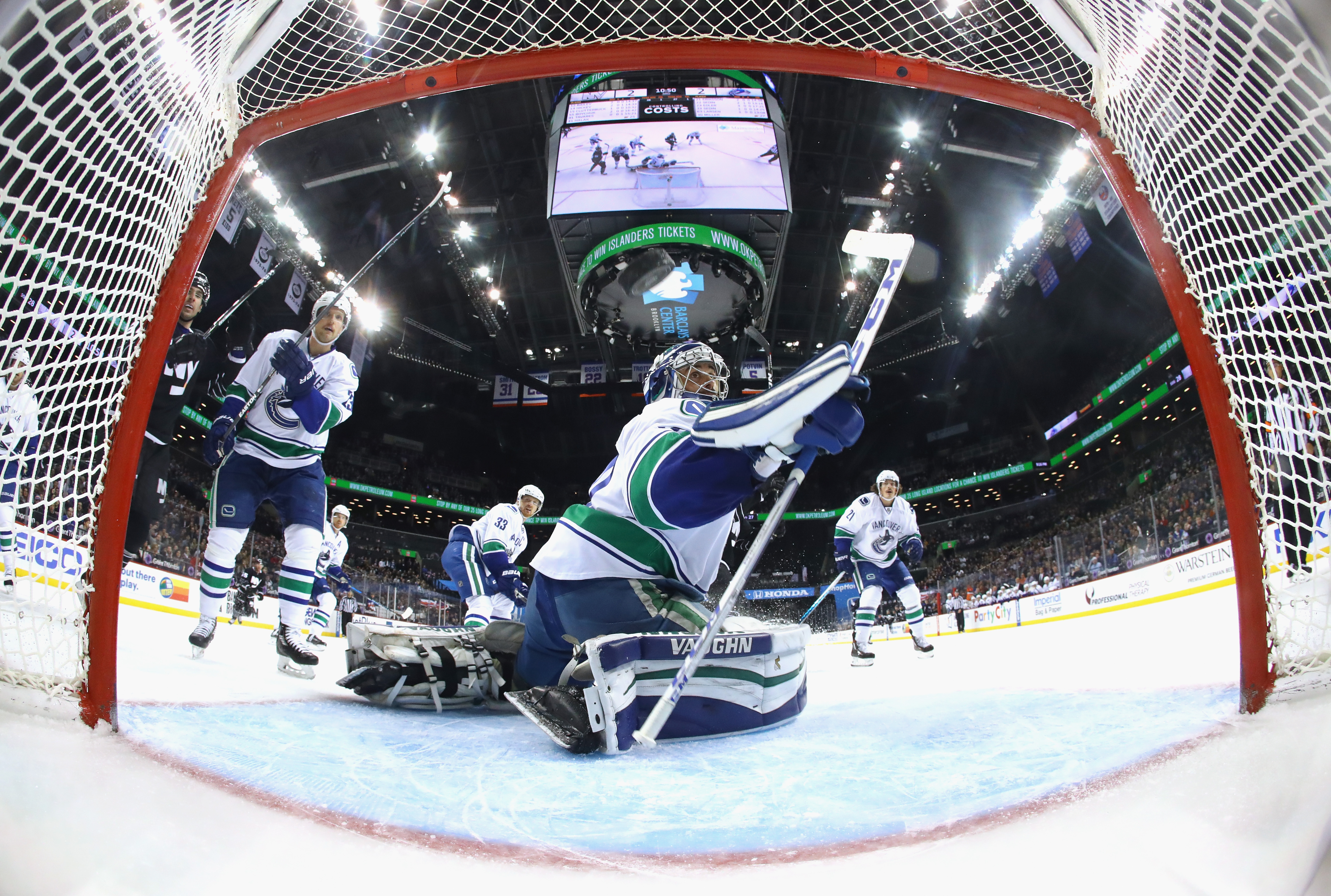 Ryan Miller makes save of the year so far (VIDEO)

There’ve been a lot of great saves by NHL goaltenders already this season, but Ryan Miller made the best of the season so far.

In fact, judging by the degree of difficulty, it’s actually one of the best saves I’ve ever seen.

The Canucks were trailing the Red Wings 3-1, with roughly two minutes in the game, and Vancouver elected to pull Miller. But as he began skating off the ice, Detroit got control of the puck and hurled a shot toward the net.

No problem, as Miller raced back toward the crease, dived across his body and made a phenomenal save with his catching mitt.

You won’t see much better than that, ever.