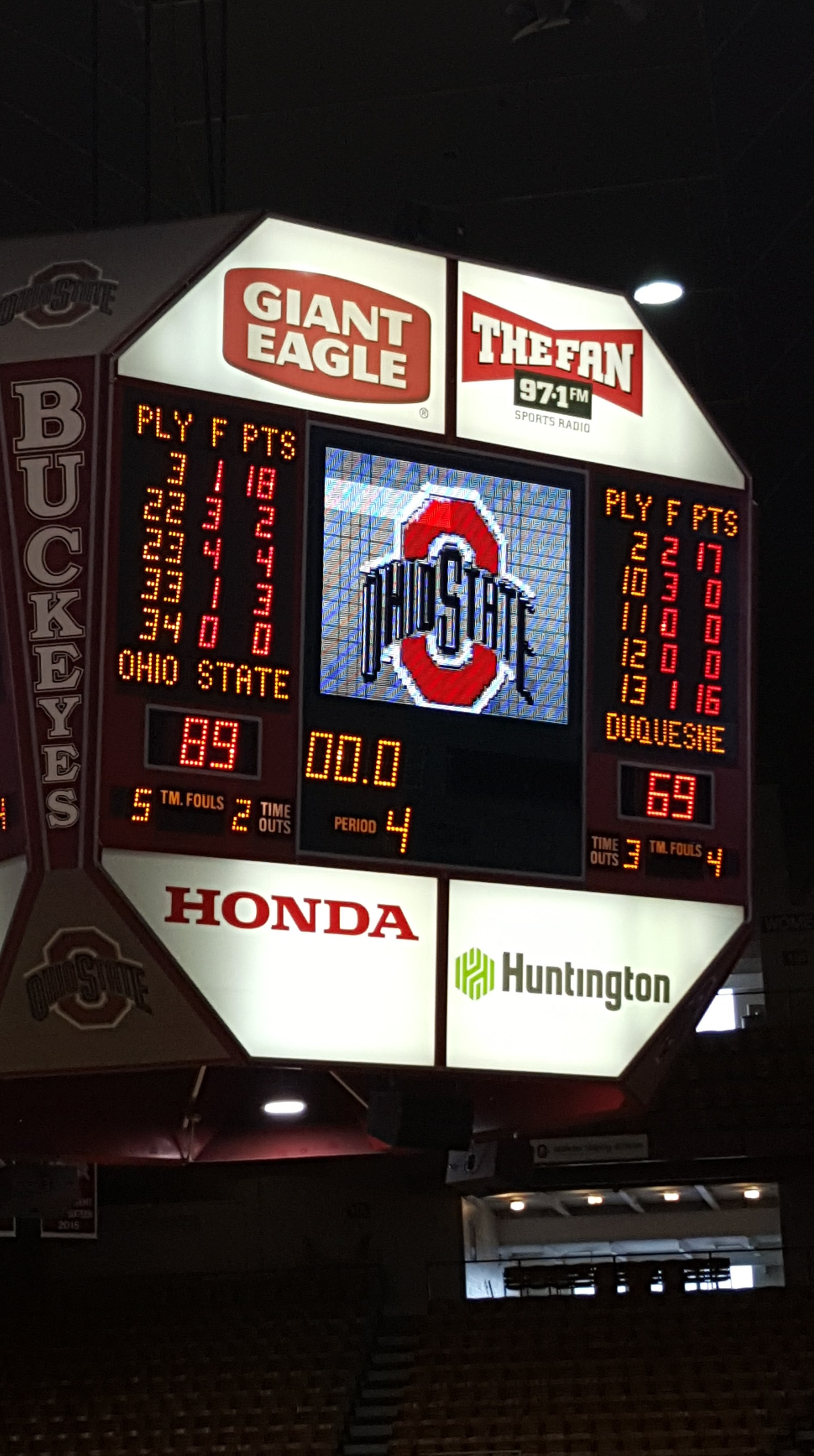 Friday, November 11, 2016, officially kicked off the Ohio State women basketball season. At St. John’s Arena the Lady Bucks would welcome the Duquesne Dukes who beat them Buckeyes in 2010. That memory was short lived after the tipoff.

Ohio State went 26-8 last season making it to the Sweet Sixteen. Head coach Kevin McGuff has turned the program around even with the injury bug that has plagued the team in recent years cutting the rotation down to six or seven players. This season having two transfer students along with some freshman should energize the team for a possible Final Four run.

All-American junior guard Kelsey Mitchell is one of the best players in the nation and she showed why on Friday by scoring 18 points against the Dukes. Transfers Stephanie Mavunga (North Carolina) and Sierra Calhoun (Duke) were officially able to wear the scarlet and gray for the first time since being forced to sit out last season. Mavunga, a redshirt junior forward, dropped 15 points, while Calhoun, a redshirt sophomore guard, scored 13 points.

Big Ten All-Defensive team and Second Team All-Big Ten junior forward Alexa Hart came off the bench in Ohio State’s first win of the season. She had two points in 14 minutes of action. Redshirt sophomore guard Makayla Waterman finished with nine points while sophomore Therea Ekhelar is back after taking the second half of last season off to focus on academics.

This Buckeye team took control of the game early building up a 20-point halftime lead. In the second half, the Dukes were in the middle of a 12-2 run but ultimately Ohio State was able to run away with the victory 89-69.

The keys for the Buckeyes success this season will be their rotation along with learning to play defense. In the exhibition game against Ashland earlier in the week, there were a lot of defensive issues. Friday they weren’t a lock down type of defense but their half court pressure was causing problems for Duquesne. It will take some time for the team to come together defensively but, as long as they stay healthy the sky is the limit for this team.

When one of Duquesne parents walked past they said, “Man they are really good!”

Make sure to tune in tonight to see just how good they are on btn2go at 6 PM EST.