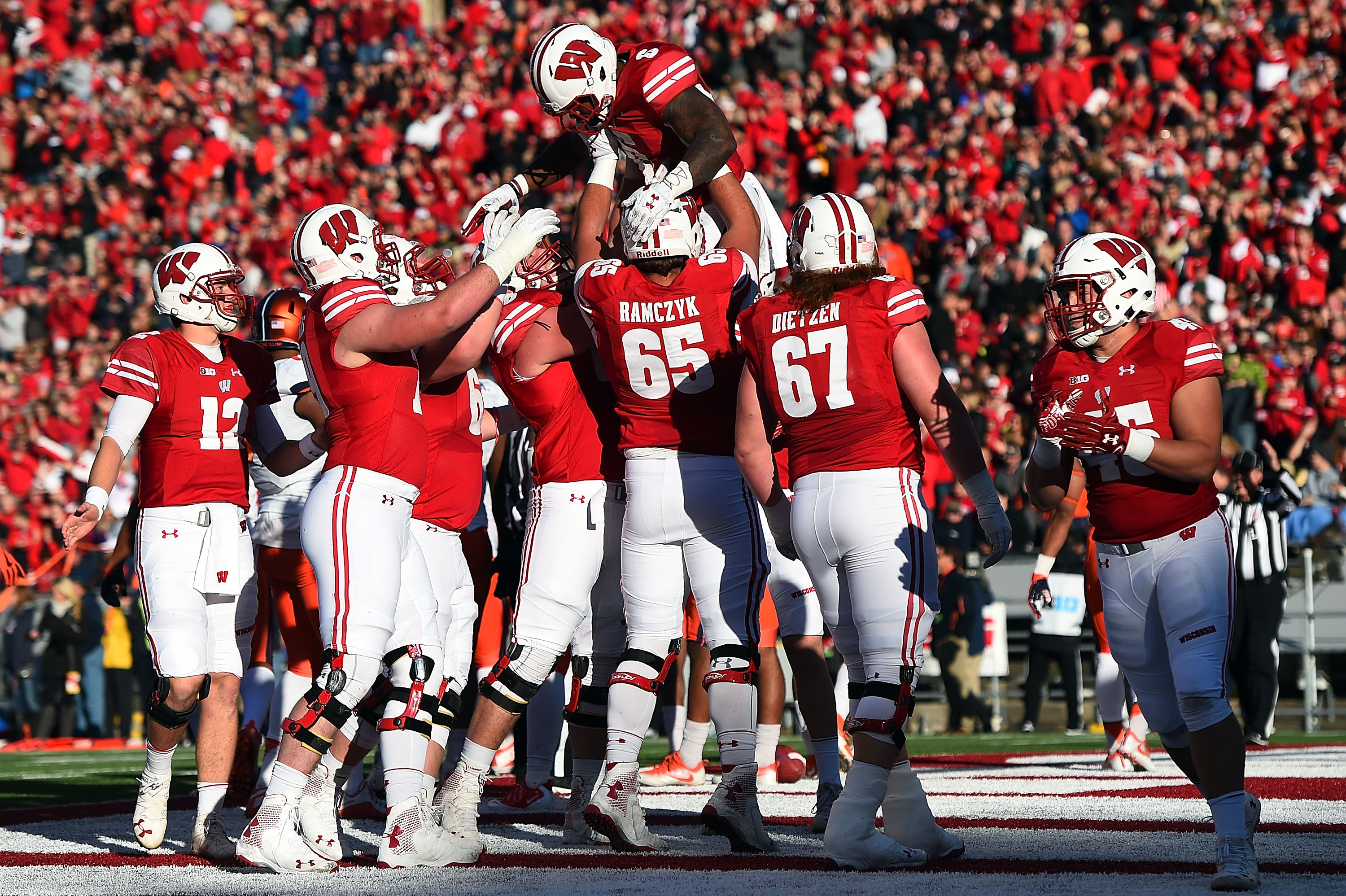 With the Wisconsin Badgers’ biggest and baddest games behind them and a trip to the Big Ten Championship game in their sights, some wondered if this team would look beyond a struggling Illinois Fighting Illini squad.

The answers came early and often, as Wisconsin took four of its first five possessions in to the end zone to set up a 48-3 win over the visiting Illini.

Illinois quarterback Jeff George Jr. didn’t help his own cause much, getting picked off four times and completing just five passes before getting pulled at halftime in the losing effort. Wisconsin turned those four interceptions in to just 17 points.

Couple that with a dominating run game, which racked up a season high 363 yards and four touchdowns and the Badgers did exactly what it needed to do against inferior competition. There certainly was no struggle to this game, and with a lot to play for on the national stage a much needed dominating win.

Wisconsin’s victory also made it seven in a row over the Illini, setting the record for most consecutive victories in this series.

The Badgers took their second possession right down the field thanks to a 17-yard pass from Alex Hornibrook to Jazz Peavy and a 23-yard run from Corey Clement that set up the senior running back for a 2-yard touchdown run and a 7-0 scoreline.

The Badgers senior running back put up 123 yards on 25 carries, while fellow senior Dare Ogunbowale did a lot of damage with big plays. He had 103 yards on just seven carries on the day and the duo did something many fans were used to back in the day…

Clement (111) and Ogunbowale (103) give the #Badgers their first 100-yard rushing duo in a game since Clement & Gordon in '15 Outback Bowl. pic.twitter.com/1gcsRgROjv

Following Clement’s opening score, Badgers safety D’Cota Dixon picked off an errant pass from Illinois quarterback Jeff George Jr.. The offense capitalized on the turnover and needed just two plays to find eight yards and the end zone courtesy of Clement’s second touchdown of the day from four yards out.

After an Illini drive that saw them gash the Badgers run defense for some big plays, said defense stood up and forced a field goal.

That didn’t matter much to the UW offense, who then marched 78 yards on six plays for a 21-3 lead as Hornibrook hooked up with Jazz Peavy for an 8-yard touchdown pass.

As the teams switched sides for the second quarter, it was Bart Houston in for a drive and not much changed. He led a seven play, 43-yard drive that ended with a 7-yard touchdown pass to redshirt freshman tight end Kyle Penninston.

Wisconsin led 28-3 with 12:24 to play in the first half, but as the Illini struggled to not turn the ball over it appeared to be a lead too big to overcome.

Things slowed down a bit after that for the Badgers offense, but the defense kept its foot on the throat of the Illini offense. In total, UW’s defense picked off George Jr. four times, missing two opportunities for other interceptions in the first half alone.

Illinois mustered up just 140 yards, while the Badgers had 235 yards and a near nine-minute advantage in time of possession despite multiple short fields to work with in the first half alone.

Lovie Smith went with senior quarterback Wes Lunt in the second half, but nothing changed for the Illini offense. It simply couldn’t find a way to sustain drives, going 0 of 9 on third downs and being held to just 200 yards of total offense for the game.

Meanwhile, Wisconsin’s offense — and its run game specifically — kept on chugging along.

Wisconsin had just two offensive possessions in the third quarter, but both went for over six minutes and both ended in points as the Badgers got 10 points to push the lead to 41-3 before Jump Around began.

Most of the damage was done with everyone knowing what was coming, yet the Illini couldn’t stop the Badgers run game in the second half. Just how dominating was that run game? Try this:

Freshman running back Bradrick Shaw showcased himself with the most time in the backfield during the second half. He totaled 80 yards on 19 carries, with 69 of those 80 yards and a touchdown coming in the second half.

His effort helped the Badgers hold the ball for a whopping 42:03 of the game, knocking out the Illini with a smothering defense and a methodical and dangerous offense.

Wisconsin will take on Purdue in West Lafayette, Ind. next weekend, hoping to continue its run to a West division title.