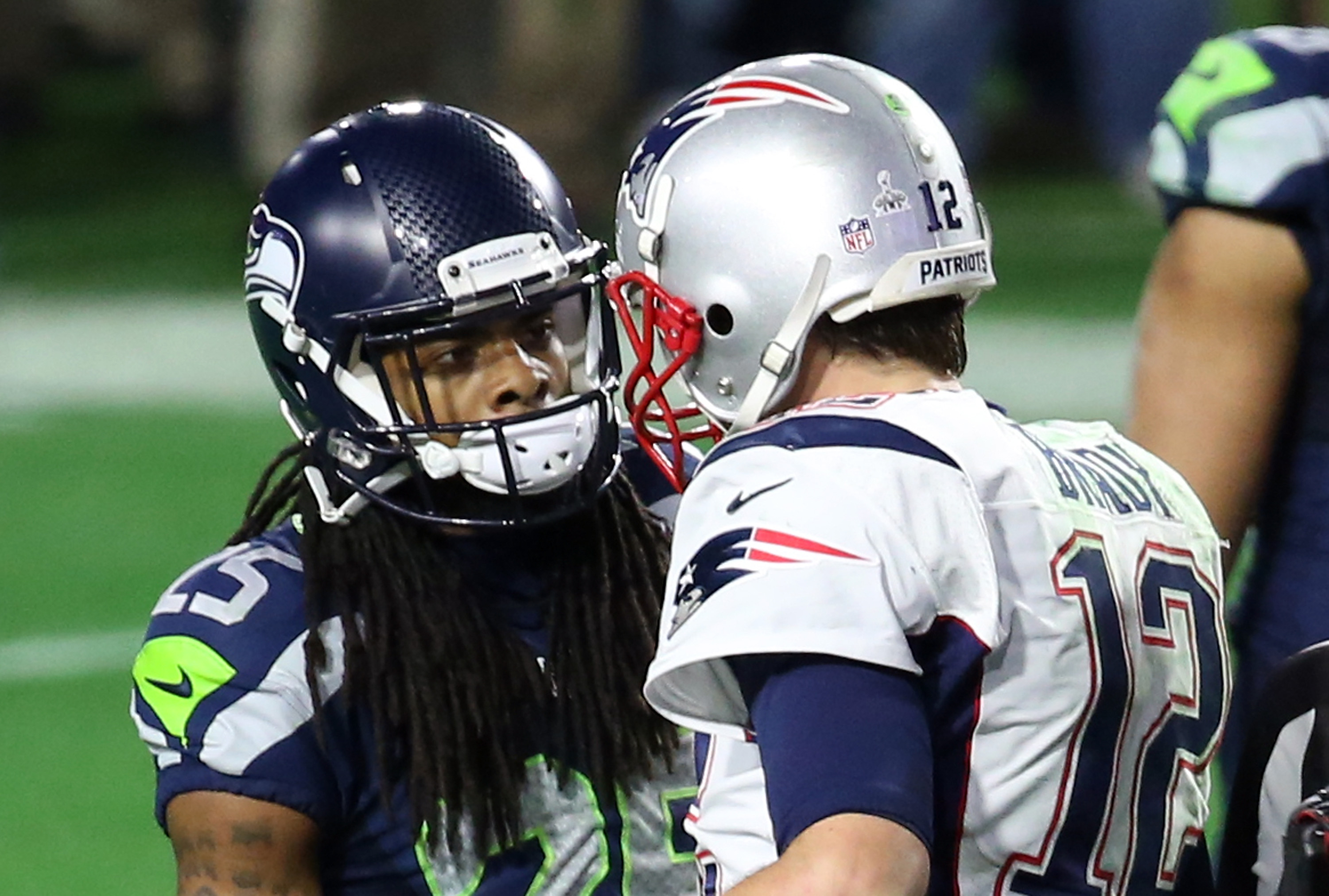 Interconference games highlight the NFL’s Week 10 slate, with seven of the 14 games pitting the AFC against the NFC.

Since the NFL schedule was standardized in 2002, teams face each opponent from outside their conference once every four years. So there’s a certain curiosity to these pairings that doesn’t exist in other sports. Teams in some sports play every team in the other conference at least once a year. In Major League Baseball, there are still some interleague pairings that just don’t seem natural.

Just because certain teams in the NFL play each other only on a quadrennial basis, it doesn’t mean that they can’t be rivals. That’s part of the intrigue that comes with some of these Week 10 interconference matchups.

Vontaze Burfict and Odell Beckham Jr. will be on the same field for the first time.

What could possibly go wrong?

It would behoove Beckham to not be fazed by Burfict or any other Bengals defender because unlike last year, 9-7 won’t be good enough to win the NFC East. The second-place Giants need to keep pace with the Cowboys (7-1). They have a chance to win their fourth straight game for the first time since 2013.

The Bengals will be 15 days removed from a tie against the Redskins in London. They’re in danger of having their worst record after nine weeks since 2010, the last year they missed the playoffs. The good news for them is that the AFC North could be what the NFC East was last year. The Ravens (5-4) lead the division, and it doesn’t look like it will take a 12-4 record to win it.

This is an interconference game with playoff implications in both conferences.

Like the Monday-night tilt, this interconference game has some rubbernecking appeal.

Could the Packers actually have a losing record this late in the season for the first time since 2013, when Aaron Rodgers missed seven games? Could Mike McCarthy really be on the hot seat?

A Packers loss could throw their season into a tailspin. At the same time, a Titans victory would be the biggest of Marcus Mariota’s budding career and it would keep the Titans in the AFC South race.

Most TD passes in NFL since Week 5:

Mariota needs two touchdown passes to match the 19 he threw as a rookie last season, and it could happen Sunday against a Packers defense that will be missing Clay Matthews and cornerback Damarious Randall. Green Bay has allowed at least 30 points in three of its last four games. Mariota, meanwhile, is at the helm of the NFL’s eighth-ranked offense. He doesn’t want to give Packers fans any reason to R-E-L-A-X.

For that matter, Mariota doesn’t want Titans fans to relax, either, because a win over the once-mighty Packers would give them something to get excited about.

This is the irresistible force against the immovable object.

And the barely detectable force against the free-floating object.

On the other side of the coin, the Broncos’ 27th-ranked overall offense visits the Saints’ 30th-ranked defense.

Derek Carr and the Raiders hung 30 points on the Broncos last week. It was the first time Denver had allowed more than 21 points in a game this season. That loss knocked the defending champions into third place in the AFC West.

Raiders are the first team to score 20 1st-half points against the Broncos since the Bengals in 2014 (Week 16).

The Broncos have picked on the Brock Osweilers and Jameis Winstons of the world, but they can be vulnerable against quarterbacks like Carr, Philip Rivers and Drew Brees.

Brees has a 112.9 passer rating at home this season and has thrown 12 of his 21 touchdown passes at home.

Denver has lost three of five since its 4-0 start while the Saints have won two straight including a 25-20 home win over the Seahawks two weeks ago.

Momentum is not on the Broncos’ side, and if they can’t contain Brees they’ll have to win a shootout.

Now we get to the Super Bowl rematches.

It’s been 21 years since the last Steelers-Cowboys Super Bowl, so this rivalry isn’t as intense as the ones these teams have with their divisional opponents. But the history is there, and so the Steelers and Cowboys have more of a ceremonial rivalry that’s rekindled once every four years.

The history that juices this matchup isn’t limited to Super Bowls. When the Steelers went to Dallas in 2004, the Cowboys sat at .500 and Ben Roethlisberger was making his fourth career start. The Steelers came back from a 20-10 deficit in the fourth quarter and beat the Cowboys 24-20. The Cowboys slipped to 6-10 that year and the Steelers finished 15-1 and reached the AFC championship game.

This year, the Cowboys can reciprocate if rookie quarterback Dak Prescott can help shove the Steelers onto the wrong side of .500 while thrusting the Cowboys toward bigger and better things.

Four years ago, the Seahawks beat the Patriots 24-23 at Seattle in the “You Mad Bro?” game.

Two years ago, the Patriots won a more important game. They edged the Seahawks 28-24 in Super Bowl XLIX, arguably the best Super Bowl of all-time and probably the most talked about.

So the iron is still hot, and this game is the most likely Super Bowl preview of Week 10.

Tom Brady would take great pleasure in keeping Richard Sherman and the Seahawks on track for a further regression this season, even if the trash-talking went both ways when Sherman famously asked Brady “You mad bro?” after the Seahawks’ 2012 win.

The Patriots have a clearer path to Super Bowl LI than the Seahawks. No matter what happens Sunday, the Seahawks still will lead the NFC West. But an upset would increase the chances of a Super Bowl rematch.