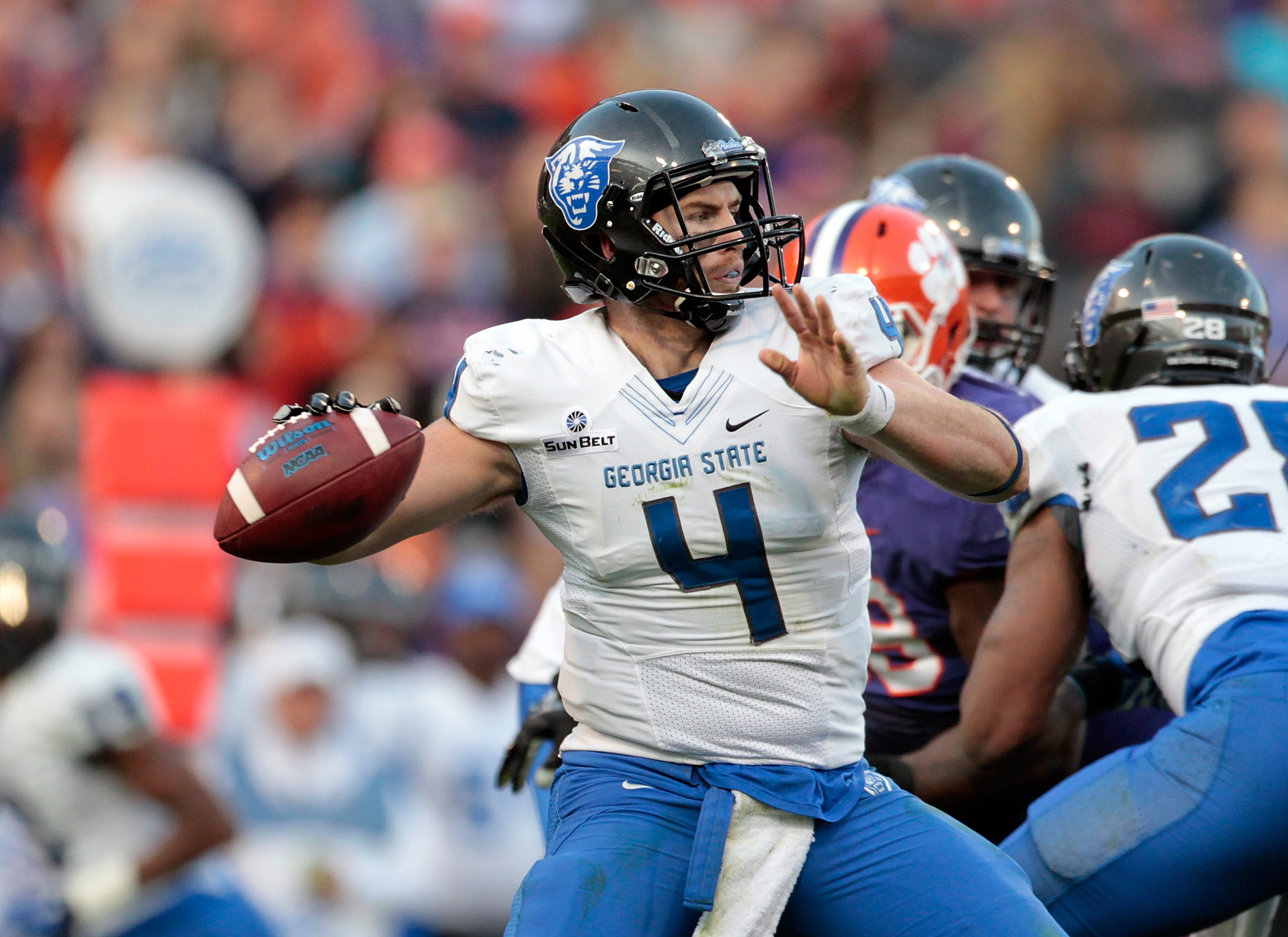 CLEMSON, SC – NOVEMBER 22: Nick Arbuckle #4 of the Georgia State Panthers drops back for a pass during the game at Memorial Stadium on November 22, 2014 in Clemson, South Carolina. (Photo by Tyler Smith/Getty Images)

According to Sports Illustrated College Football Reporter Pete Thamel, Georgia State has fired its head football coach Trent Miles. Georgia State began playing football in 2010 and Miles was just the second head coach in its history. In 2016, Miles led Georgia State to a 2-8 overall record in just the programs 3rd season FBS play. It’s unknown why Georgia State made a move in the middle of the season but by being cellar dwellers in the Sun Belt conference, it likely does not make a difference for the program.

Currently, there are no names linked to the newly opened Georgia State job but they would behoove themselves to go after a young, bright mind that could stick around and bring respectability to the young program.